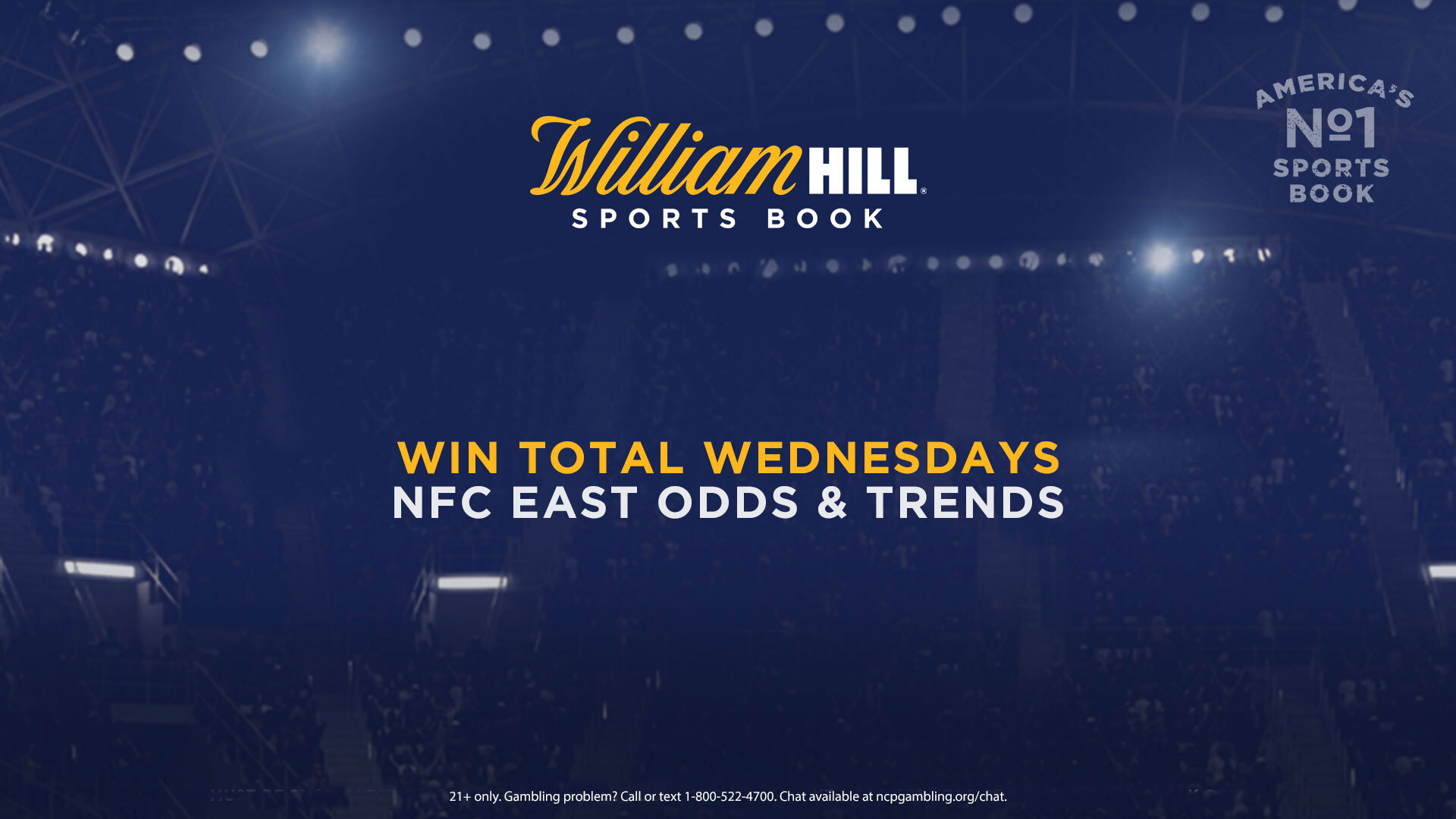 Welcome back to our fifth Win Total Wednesday, where we dive into the current odds and trends of NFL win totals. After previously looking at every division in the AFC (AFC East, AFC North, AFC South and AFC West), we switch gears with the NFC East.

As of June 17, the NFC East teams have made up 11% of the total number of bets and 14% of the total dollars wagered of all win total bets placed at William Hill.

The Dallas Cowboys and Philadelphia Eagles each have a win total of 9.5 at William Hill, though the price on Dallas’s over is -150 while Philadelphia’s is -105. Nonetheless, bettors are still quite optimistic about both teams finishing with double-digit wins.

The Eagles’ over ranks second in the division in both categories, as it’s generating 67% of the total number of tickets and 82% of the total dollars wagered.

When looking just at the division, the Cowboys’ win total has gotten 34% of the total number of tickets for all NFC East win total bets. However, it’s the New York Giants’ win total (6.5) that is tops for total dollars wagered within the division at 36%.

The Giants’ under is the only one in the NFC East that is drawing the majority of both the total number of tickets (62%) and total dollars wagered (77%). In fact, the second- and third-largest NFL win total under bets taken at William Hill have been on New York.

Washington’s win total is the one where William Hill bettors are most divided in the NFC East. While the Redskins’ over has received 71% of the total dollars wagered, their under has actually gotten 58% of the total number of tickets.

Check out William Hill’s latest odds and trends below for the NFC East’s win totals, which are available to bet in Nevada, New Jersey and Iowa. Also, stay tuned for next week’s Win Total Wednesday, as we head on up to the NFC North.