How to Bet on Football

Home » Sports Betting Guide : How To Bet » How to Bet on Football

The most basic way to bet on football is a straight bet on the pointspread. When making a straight bet, the team the player bets must cover the pointspread. This means that the favored team must win by a stipulated number of points or the underdog will receive that number of points. Wagers on the pointspread are usually offered at 11 to 10 odds. This means that the bettor must “lay” $11 for every $10 he wishes to win. Because of this, when placing a pointspread bet, it is customary to bet in $11 increments ($22, $55, $110, $550, etc).

The number next to the pointspread (42) is the Total for the game (also called Over/Under is the combined number of points scored by both teams). The player can wager that the final score will be more or less than this number. All points scored in overtime are counted in the final score. Like the pointspread, the player wagers $11 for every $10 he wishes to win or multiples thereof, unless stated otherwise. For example, the player would lay $55 to win $50 or $110 to win $100, etc.

NOTE: Pointspreads fluctuate, but in sports betting the odds when the bet is placed are “fixed.” The listed pointspread at the time of the wager, which is printed on the ticket, may be different than the opening or closing pointspread of the game and the odds appearing on the wagering sheets.

THE MONEY LINE
Bettors also have the option of wagering on a team to win the game without the use of the pointspread; the margin of victory does not matter. The money line is the number at the far right used to display these odds. That team with the minus sign (-) next to the money odds is the favorite. All money lines are based on $100. In the example, players can bet Philadelphia to win the game at -160 instead of laying 3 points at -110.  A $16 wager on Philadelphia would win $10 for a payback of $26 and a $160 wager would win $100 for a payback of $260. A $100 bet on Washington would win $140 for a payback of $240 if Washington wins the game.

FIRST HALF/HALFTIME WAGERING- There is the ability to wager on a point spread or total for only the first or second half of a game. A first half wager is determined by the score once a game reaches halftime. A halftime wager, for betting purposes, resets the score of a game at 0-0 at halftime of a game. For example, if the Green Bay Packers lead the San Francisco 49ers at halftime by a score of 14-10 and the player wagers on the Packers -3 1/2 points in the second half, the Packers must win the game by eight points or more to cover the spread. Halftime wagers also include any overtime periods that are played.

PARLAYS
Combining several teams into a single bet is a known as a parlay. Totals may also be used in parlays. To win a parlay, ALL teams in the parlay must win. In “off-the-board” parlays, the player may parlay from 2 to 10 teams.

PARLAY CARDS
Parlay cards, most popular during football season, offer the potential for a large return on a small bet.

Players darken the circles on the stub that apply to the teams in their parlay, the number of teams desired and the bet amount.

There are several types of parlay cards to choose from during football season and each has a different payoff scale. The most popular variety of parlay card is the “1/2 point” card, in which ½-point pointspreads are used, eliminating the possibility of a wagering tie.

TEASERS
We offer 6, 6 ½, 7, 10 and 14-point teasers in football. A teaser allows the player to add extra points on an underdog or subtract points on a favorite on multiple games. Football and basketball can be mixed on the same teaser. In the event of a wagering tie in any game (other than 10 and 14 point teasers), the teaser is reduced to the next lowest number; for example a 4-team teaser with one tie would become a 3-team teaser, etc. In the event of a wagering tie, a 2-team teaser is deemed “No Action” and all money wagered is refunded. Note: 10 and 14 point teasers, ties lose. 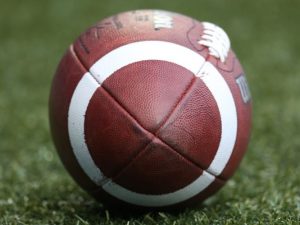