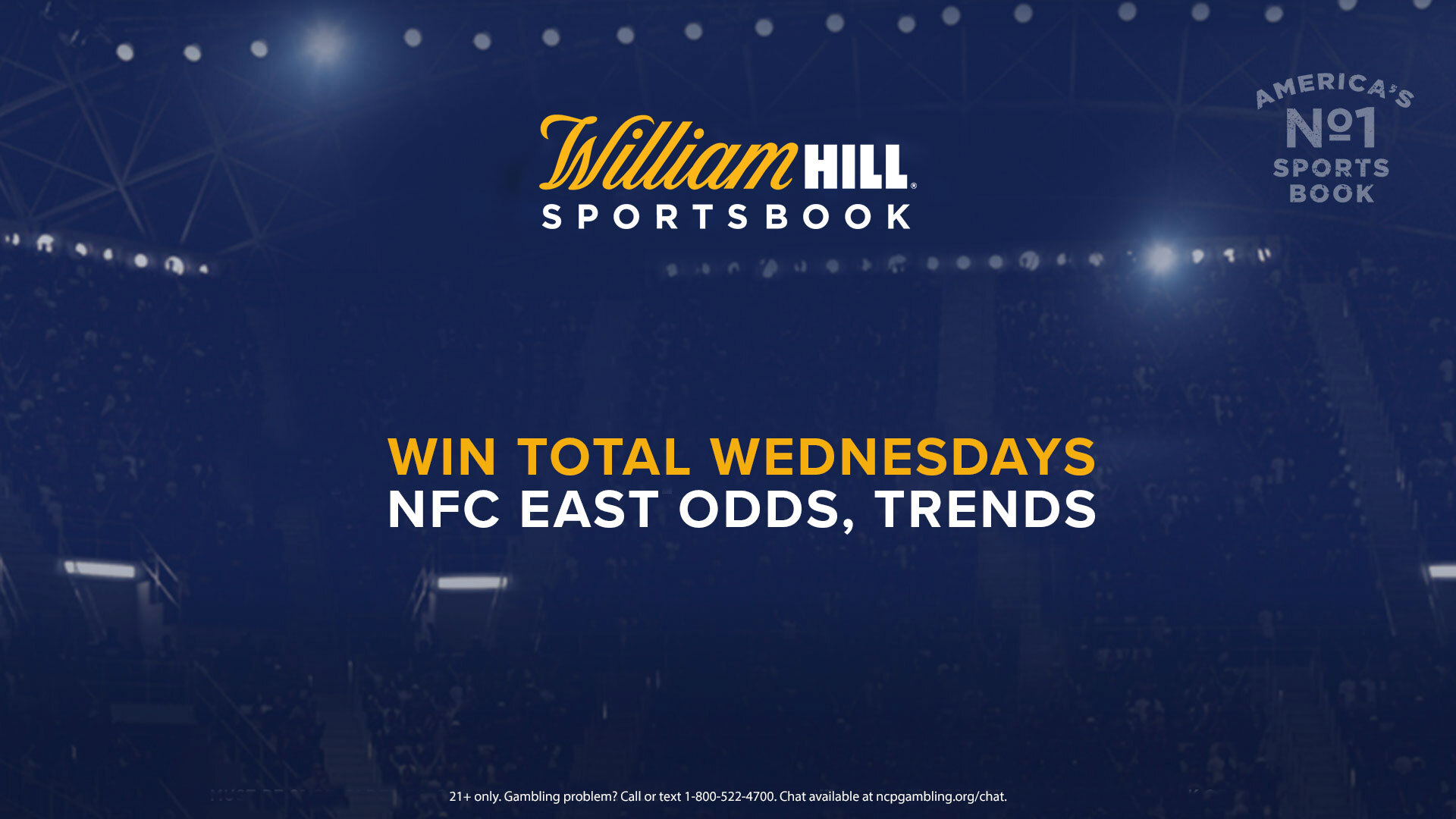 Today, the Cowboys and Steelers are the first teams to start training camp. Every NFL team will be at training camp by next week. So you better believe that the upcoming NFL season is coming sooner than you think.

After wrapping up the AFC with the AFC West last week, Win Total Wednesdays now switches gears to the NFC. Let’s kick things off with William Hill’s latest odds and trends for the NFC East.

When William Hill first released its 2021-22 NFL regular season win totals on Apr. 16, the NFC East was the only division that didn’t have a team in double digits.

“It’s been mostly over money, they’re expecting that Dak [Prescott] will lead the Cowboys to a big year,” said Nick Bogdanovich, Director of Trading for William Hill US. “He was playing at a super-high level before he got hurt. If he can get back to that level, that offense will be tough to stop. They improved their defense with the draft, so we’ll see if it can all come together for them.”

Dallas over 9.5 has gotten 67% of the total number of tickets and 71% of the total dollars wagered. Yet, it’s last year’s NFC East winner that has been the most popular over bet in the division.

Washington finished atop the NFC East last season with a 7-9 record, edging the Giants and Cowboys out by a game in the standings. Washington’s win total for this upcoming campaign sits at 8, with the over moving from -105 to -155 and the under currently at +135.

“All of the money is on the over for Washington,” Bogdanovich said. “It’s very possible that we move this up to 8.5. I think they have the best roster in the division, and one of the best defenses in the league. This one is simple though, it comes down to quarterback play.”

New York’s over has racked up 84% of the total number of tickets and 64% of the total dollars wagered, including one Nevada bettor who put $8,000 on Giants over 7 (-145) for a total potential payout of $13,517.25. That is the biggest NFC East win total wager taken thus far at William Hill.

Meanwhile, Eagles under 7 has always been favored, and has shifted all the way to -145 from +125.

“We’re a little high on the under, but it’s not that big of a decision yet,” Bogdanovich said. “There’s just so many question marks with the Eagles. Can Jalen Hurts be a legitimate NFL starting quarterback? He looked good at times last year, but it was more of a mop-up role where there wasn’t as much pressure on him. They have a brand-new coaching staff too, so just a lot of question marks there.”

William Hill bettors are divided on Philadelphia, with the Eagles’ over having the edge with 57% of the total number of tickets but the under possessing the advantage with 61% of the total dollars wagered. In fact, that 61% on the under is tied for the highest percentage in all of the NFC, with the unders for the Saints (9.5) and Lions (5) also at that number.

Check out William Hill’s latest odds and trends for every NFC East team’s win total below.