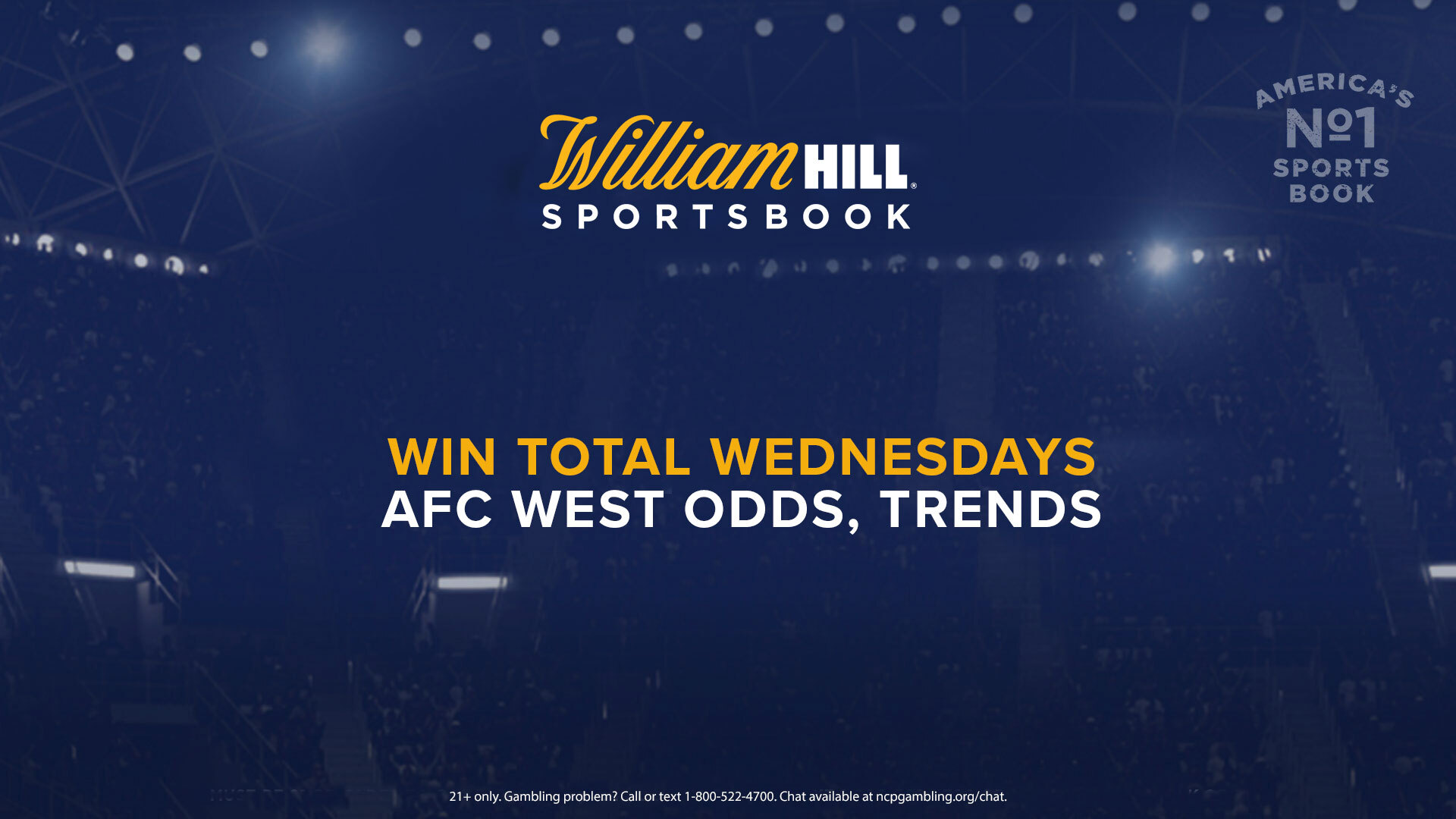 Don’t fret, we didn’t skip Win Total Wednesday this week! We’ll still try and embody a similar spirit even though it’s on a Thursday. With three Win Total Wednesdays already in the books, today we wrap up the AFC with the AFC West.

The Chiefs fell in this past Super Bowl to the Buccaneers, however Kansas City (12) is just edging out Tampa Bay (11.5) for the highest win total at William Hill Nevada for the 2021-22 NFL regular season.

“We’re high on this over, all of the money is on the over,” said Nick Bogdanovich, Director of Trading for William Hill US. “We opened it this high just because of the [Patrick] Mahomes factor—he’s healthy, young and feels like he got embarrassed in the Super Bowl so he has something to prove. The Chiefs have also just been so good over the past few years, so I can see them putting up another stellar year for sure.

Even with many William Hill bettors bullish on the Chiefs surpassing their over, Kansas City isn’t even the most popular over bet in terms of the total number of tickets in the division.

That title would belong to the Chargers (9), as Los Angeles has collected 88% of the total number of tickets and 89% of the total dollars wagered. As a result, the Chargers’ over has gone from opening at +105 to now being displayed at -120.

Meanwhile, the Broncos have had a rumor-filled offseason with Denver potentially being linked to Aaron Rodgers. After opening at 7.5 (over +105/under -125), Denver shot up to its current number of 8.5 (over -135/under +115) after reportedly being named as a suitor for the future Hall of Fame quarterback. Only the Packers (11 to 9.5) have experienced a bigger win total move than the Broncos.

“Looks like the money’s for the over here,” Bogdanovich said. “I guess maybe they’re still expecting the Broncos to get Aaron Rodgers. Obviously if they get Rodgers, their number will be a lot higher than 8.5, it would be 10 or so. It might come back down a little if it’s close to the season and they don’t get him, but I still think they’re going to be improved regardless. That number is tricky though just because of the Rodgers rumors.”

The Broncos are the third AFC West team where the majority of the total number of tickets (73%) and total dollars wagered (72%) are on the over.

The Raiders have the lowest win total in the division (8), with the under originally favored at -135 and now is sizable chalk at -165. Yet, this is the team where William Hill bettors are most split on the win total of any team in the division.

“With the Raiders here in town, the public is on the over and the sharps are on the under,” Bogdanovich said. “So it’s just been really good two-way action. With Raiders at 8, Broncos at 8.5 and Chargers at 9, it’s practically a coin flip for who’s going to finish in second. I think all three teams have reasons to be optimistic.”

While Las Vegas’s over has gathered 77% of the total number of tickets, the under leads the way with 63% of the total dollars wagered.

Check out William Hill’s latest odds and trends for every AFC West team’s win total below.