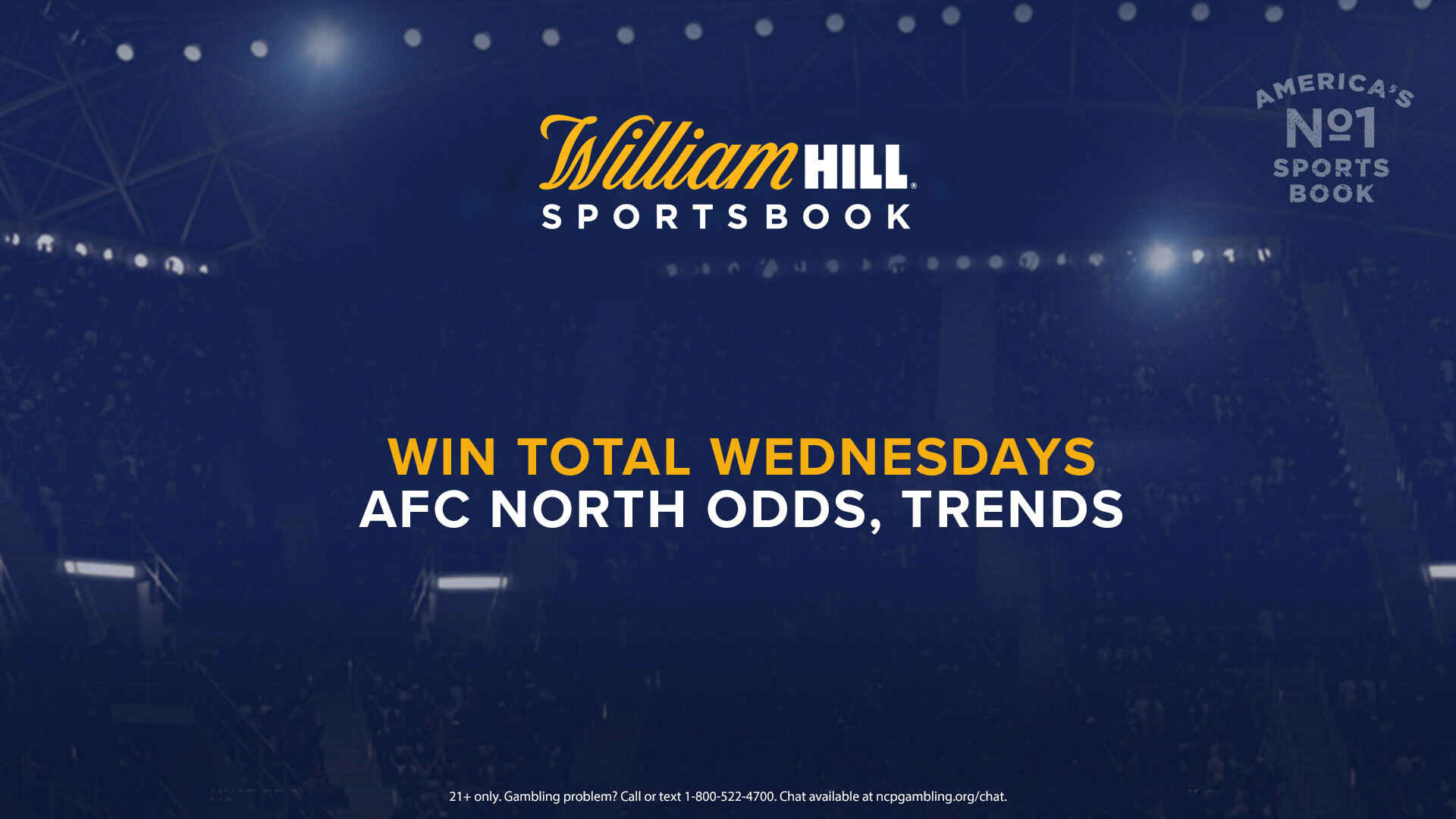 The NFL season continues to inch closer. So over the next two months we’ll be celebrating Win Total Wednesdays, where William Hill’s latest win total odds and trends for each NFL division will be shared.

Meanwhile, the Browns may be half a win shy of the Ravens’ win total at 10.5, but William Hill bettors are far more optimistic about Cleveland surpassing its win total.

“We’re drowned on Browns over money,” said Nick Bogdanovich, Director of Trading for William Hill US. “I believe their over is our biggest decision on any win total right now. They’re betting Cleveland in every form and fashion this offseason. We opened over 10 -115 and now we’re at 10.5 flat [-110], so a full half-game move. They’re just enamored with the Browns, maybe rightfully so. Maybe we undervalued them, but we’ll know in about four months.”

So why are the Browns just one of three AFC teams (Bills 10.5 to 11, Broncos 7.5 to 8.5) to see their win total increase by at least half a win? The Browns’ over has captured 92% of the total dollars wagered, which is the highest percentage of any AFC team. Cleveland’s over has also snagged 87% of the total number of tickets.

There’s also a half win decrease in the AFC North, and it comes on the team that finished in first place in the division last season.

“Good two-way action on the Steelers win total,” Bogdanovich said. “We opened at over 9 -125, now we’re at under 8.5 -120. The sharps are all over the under, they’re pounding it. The public is still betting the over because the Steelers have won 9 games in their sleep in recent seasons. So you have two forces going against one another on this one.”

The Texans (5 to 4.5) are the only other AFC team besides the Steelers to experience a half win drop. While Pittsburgh’s over has gotten 66% of the total number of tickets, the under has received 66% of the total dollars wagered. That includes one Nevada bettor who put $8,000 on Steelers under 9 (-160) for a total potential payout of $13,000, which is the largest AFC North win total wager taken thus far at William Hill.

The Bengals have the lowest win total in the division at 6.5, though the over price has swung from -105 to -120. The majority of William Hill bettors believe that Cincinnati can string together at least seven victories, with the over racking up 71% for each the total number of tickets and total dollars wagered.

Check out William Hill’s latest odds and trends for every AFC North team’s win total below.