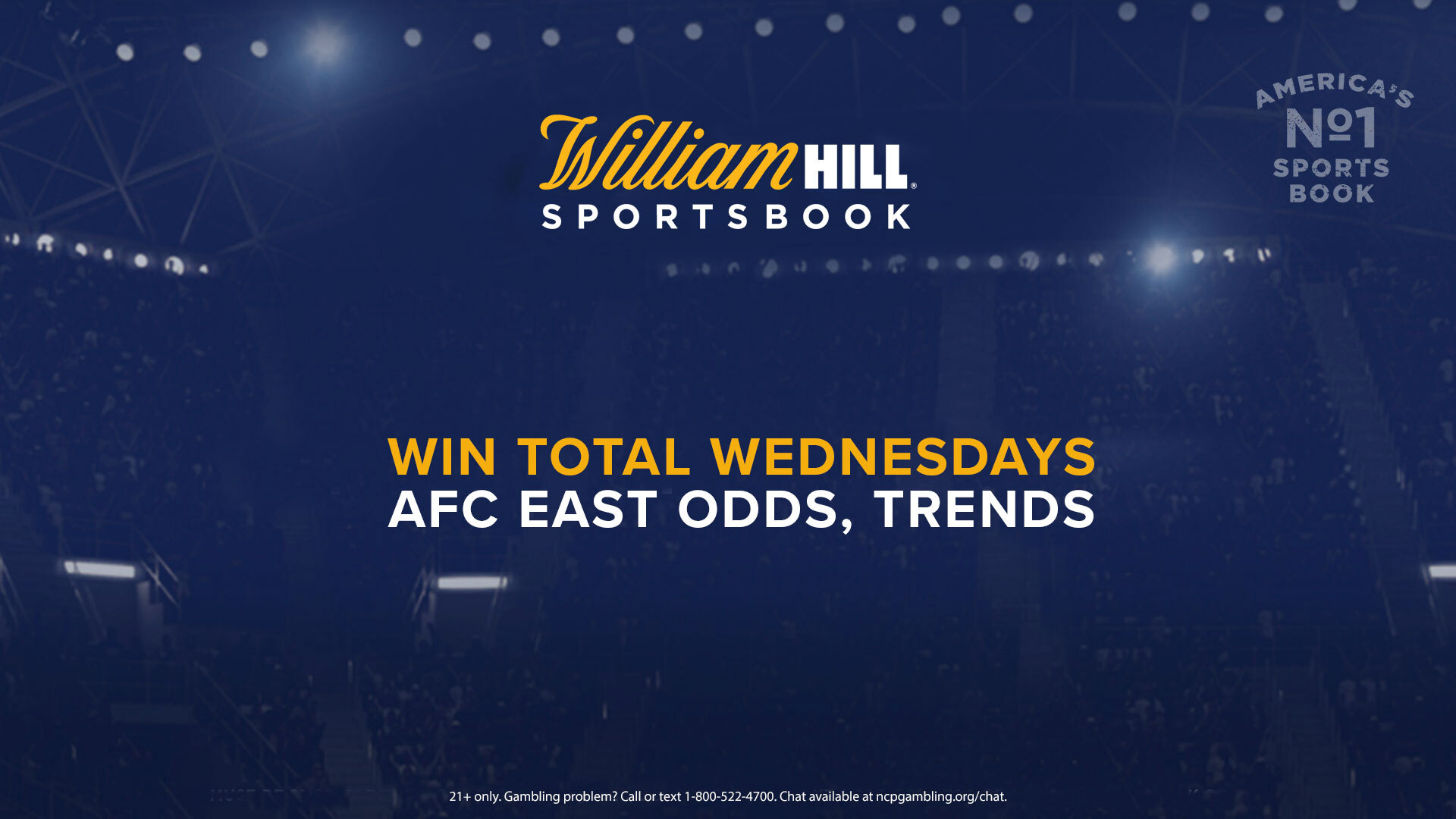 The NFL season continues to inch closer. So over the next two months we’ll be celebrating Win Total Wednesdays, where William Hill’s latest win total odds and trends for each NFL division will be shared.

Let’s start with the AFC East, the only AFC division to have three teams with a win total of 9 or higher.

Last year, the Bills captured their first division title since 1995 at 13-3. Now Buffalo is tied with the Ravens for the second-highest win total in the entire AFC at 11, only surpassed by the Chiefs at 12.

“It’s been all over money on the Bills,” said Nick Bogdanovich, Director of Trading for William Hill US. “We opened them at 10.5 over -130. They just went all in on the over, so now we’re at 11 over -115. We had to move it up off the number. The Bills just keep on getting better and better, so I can’t argue with the move.”

Buffalo is one of two AFC teams to see a half win increase to its one total, with the Browns (10 to 10.5) being the other.

The Bills’ over not only leads the AFC East in total number of tickets at 93%, but that mark is also tops in the entire AFC. Buffalo’s over has also secured 90% of the total dollars wagered. That includes one Nevada bettor who staked $10,000 on Bills over 10.5 (-145) for a total potential payout of $16,896.55, the biggest AFC East win total wager taken thus far at William Hill.

“We’ve gotten some over money on the Patriots so far,” Bogdanovich said. “A lot of people think the Patriots are going to rebound. If we keep getting over money at -160, we’re going to go to 9.5. They’ve got a lot of good things going for them, it just depends on their quarterback play. If they get any type of decent play there, they’ll get to the number because everything else is rock solid.

The overs for the Patriots and Dolphins have also both collected 81% of the total number of tickets. Their overs haven’t been as popular, though, for total dollars wagered with New England at 68% and Miami at 65%.

Check out William Hill’s latest odds and trends for every AFC East team’s win total below.