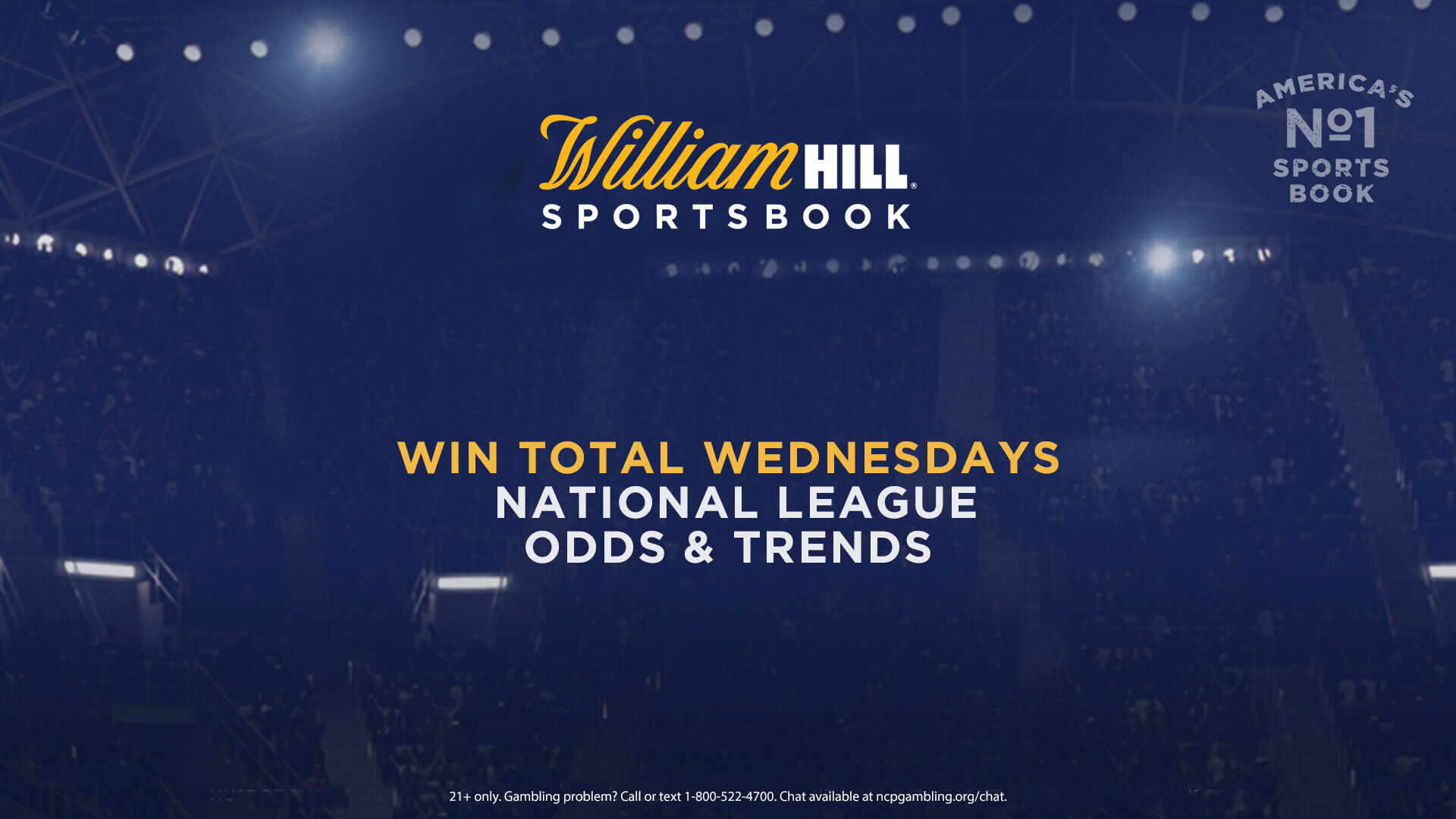 Welcome back to Win Total Wednesdays! After diving into the American League last week, let’s move over to William Hill’s latest odds and trends for National League win totals with Opening Day tomorrow.

National League teams have received 48% of the total number of tickets and 41% of the total dollars wagered among all 2020 MLB regular season win total bets at William Hill.

The defending World Series champion Nationals opened at 33.5 wins, which was tied for the NL’s second-highest win total with the Braves. Washington has since dropped to 33, one of 10 NL teams that has seen a decrease from their original number.

The Nationals’ under leads the entire MLB by attracting 88% of the total dollars wagered as well as the third-highest percentage in the NL with 73% of the total number of tickets. That includes the largest MLB win total bet taken thus far at William Hill, as one Nevada bettor placed $3,300 on Nationals under 33.5 wins for a total potential payout of $6,300.

The only other club whose under ranks in the top three in both total number of tickets and total dollars wagered among all NL teams is the Pirates. Pittsburgh’s win total has dropped from 26.5 to 25, with only the Giants (26.5 to 23.5) having a bigger decrease. The Pirates’ under is tops in total number of tickets with 85%, and it has received 84% of the total dollars wagered to boot.

Let’s continue with some more positivity, though. The Dodgers opened with MLB’s highest win total of 37.5 after finishing the 2019 regular season with the best record in the NL. Currently at 38.5, Los Angeles is the only NL team that has had a full win increase from its original number.

The Dodgers’ over has generated 81% of the total number of tickets and 88% of the total dollars wagered. They are one of three teams whose over has gotten at least 80% in both categories, with the Mets (31.5) and Phillies (31) being the others.

Philadelphia’s over actually is No. 1 among all NL teams with 90% of the total dollars wagered, and only trails the Rays’ over at 95% for all of baseball.

In terms of the NL win totals that have been the most frequent bets, they both reside in the Central. The Cubs (32) lead all NL teams by drawing 6% of the total number of tickets among all 2020 MLB regular win total wagers at William Hill. For total dollars wagered, it’s the Reds (32) that are most popular at 5%.

Check out William Hill’s latest odds and trends below for the National League’s win totals, which are available to bet in Nevada, New Jersey and Iowa.