Table Tennis Primer: What You Need to Know Before Betting

Home » Table Tennis Primer: What You Need to Know Before Betting 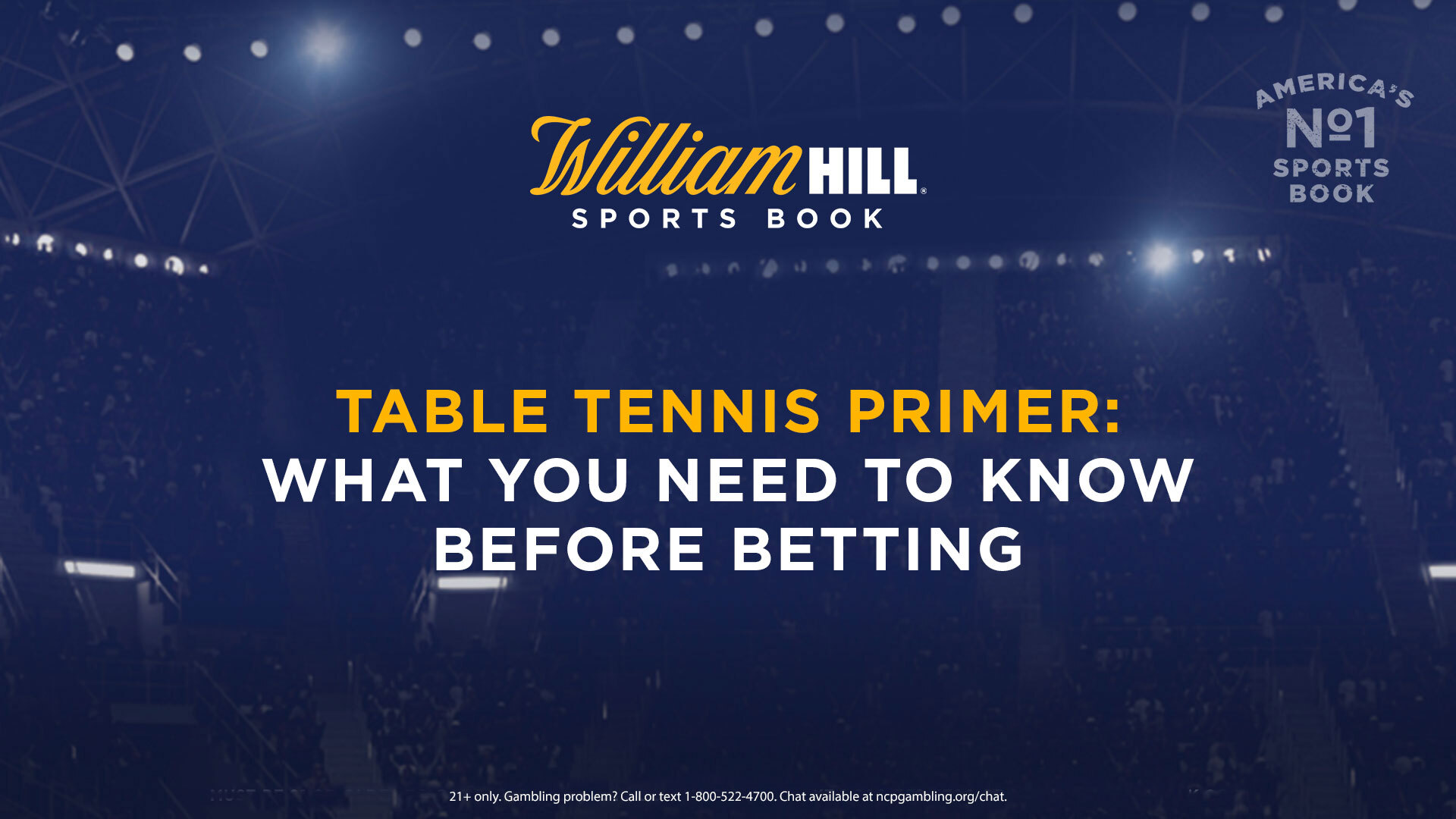 With several sports currently sidelined, the popularity of table tennis has surged at William Hill in March and April.

“Table tennis has been a high percentage of our handle over the last few weeks, showing that sports fans have really embraced it,” said Nick Bogdanovich, William Hill’s U.S. Director of Trading. “They are starting to become more familiar with the players and with 60 to 80 matches a day, plus InPlay, it’s non-stop action.”

Before betting on the sport, though, here is what you need to know.

What are the current tournaments taking place?

As of April 20, the Men’s Setka Cup and Moscow Pro League (or Liga Pro) are both being offered on the William Hill Nevada and New Jersey Mobile Sports apps. Czech TT Star Series is also up in Nevada, New Jersey and Iowa.

Where are the tournaments taking place?

What is the scoring system?

The first player to win three games is the winner. Each of the games is played to 11 points, and the player has to win by at least two points. So if the score is 10-10, a player cannot win the game on the next point. However, if the player takes the next two points, 12-10 can be a winning score for a single game.

How can I bet on a match before it starts?

On the other hand, for Derevinskyi +160, if you were to bet $100 on the underdog at that price, you would profit $160 and take home $260 overall if Derevinskyi won the match.

Whoops! The match I wanted to bet on just started, can I still bet on it?

Yes, you can! Both Nevada and New Jersey have InPlay odds, meaning you can bet on either player throughout the match. However, the players’ in-game odds will differ from the pregame odds based off of the current score of the match.

So if the pregame favorite drops the first game, there’s a chance you may be able to bet that player at plus-money odds using InPlay.

Can you do parlays for table tennis?

Yep, you can bet up to a 10-leg parlay for table tennis. And you can add both Men’s Setka Cup and Moscow Pro League players to your parlay. In fact, there was one William Hill bettor in Nevada who correctly picked 10 winners in his 10-leg table tennis parlay, which turned a $50 wager into a $9,676.20 payday.