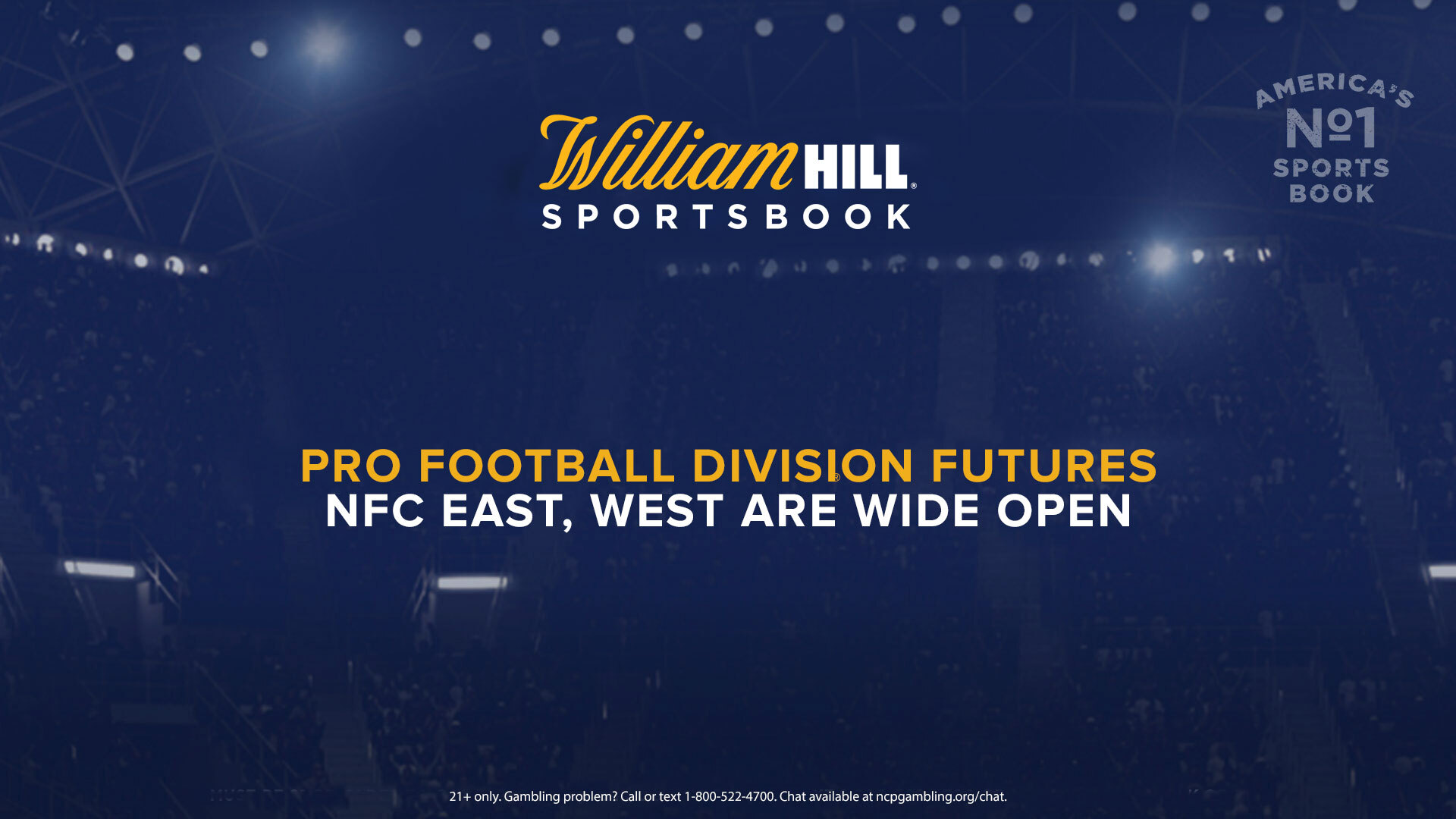 After taking a look at William Hill’s recently released 2021-22 AFC division futures yesterday, we move on to the NFC.

The Buccaneers just won the Super Bowl, yet they’re not even the biggest favorites to finish in first in their respective division among all NFC teams. Tampa Bay is listed at -140 to capture the NFC South for the first time since 2007. The four-time reigning division-winning Saints are at +220, while the Falcons and Panthers are at +850 apiece.

“Tampa accomplished their mission, everything went their way and Brady will be another year older,” said Nick Bogdanovich, Director of Trading for William Hill US. “But the Saints were the better team for most of last season. They beat them twice with ease and could’ve done it a third time if it wasn’t for the turnover parade. The Saints roster is better than the Bucs roster, but who will their quarterback be? I think the Saints’ odds will lower, they’re still a team to be reckoned with. Then with the Falcons and Panthers, a little luck and things can flip their way. I like the Panthers slightly more, but those two teams can surprise.”

The Packers are the biggest chalk of any NFC team to win their division. Green Bay is -250 to emerge atop the NFC North, only trailing the Chiefs at -400 for the AFC West among the entire NFL. The Vikings have the second-lowest odds at +380, with the Bears close behind at +550. With a new quarterback and new head coach, the Lions are at +2800, which is tied with the Bengals for the longest division odds for any team.

“This is assuming that [Aaron] Rodgers will be back, which I fully expect he will,” Bogdanovich said. “The rest of the teams are a lot more iffy. Detroit’s a mess. Can’t trust the Bears offense. The Vikings, will they ever part ways with [Kirk] Cousins knowing that he can’t get them over the hump? Their defense was disappointing too. They’ve certainly got offensive pieces though, [Adam] Thielen, [Justin] Jefferson and Dalvin Cook is pretty damn good. I think this division is priced right, good luck to those three teams trying to beat the Packers.”

The other two NFC divisions have the tightest odds in the league between all four teams. The NFC East has experienced the lone division odds shift at William Hill so far, with the Cowboys moving from +105 to +110, Washington going from +400 to +350, the Giants swinging from +500 to +350 and the Eagles rising to +400 from +300.

“Obviously this is priced figuring that Dak [Prescott] will remain in Dallas,” Bogdanovich said. “But will he come back healthy? That’s a brutal injury. This division is a complete crapshoot. Philly has dealt with so many injuries over the last few years, so they’re a hard team to gauge and the coach is gone as well. I think the Eagles are the biggest question mark in the division. Washington looks a little more steady to me but they have quarterback issues. Giants have a good amount of upside if [Daniel] Jones can be solid.”

The NFC West is the most stacked division based off William Hill’s Super Bowl futures. Three NFC West teams (Rams +1000, 49ers +1500, Seahawks +1700) are among those with the eight-lowest championship odds, while no other division has more than one team in that group. Even the Cardinals are at +3000. For reference, the Falcons and Panthers at +6000 are the next-best odds for any division’s “worst” team.

“This is a wide-open division for sure,” Bogdanovich said. “The 49ers had brutal luck with injuries, and that team is very dangerous when healthy. They lost their defensive coordinator, which never helps, but I really like their head coach and front office. The Seahawks and Rams are more solid, but the 49ers have a ton of upside. I think you’ll see Seahawks money, you’re getting a good price there. When the Cardinals are the worst team in the division, you know it’s a good division.”