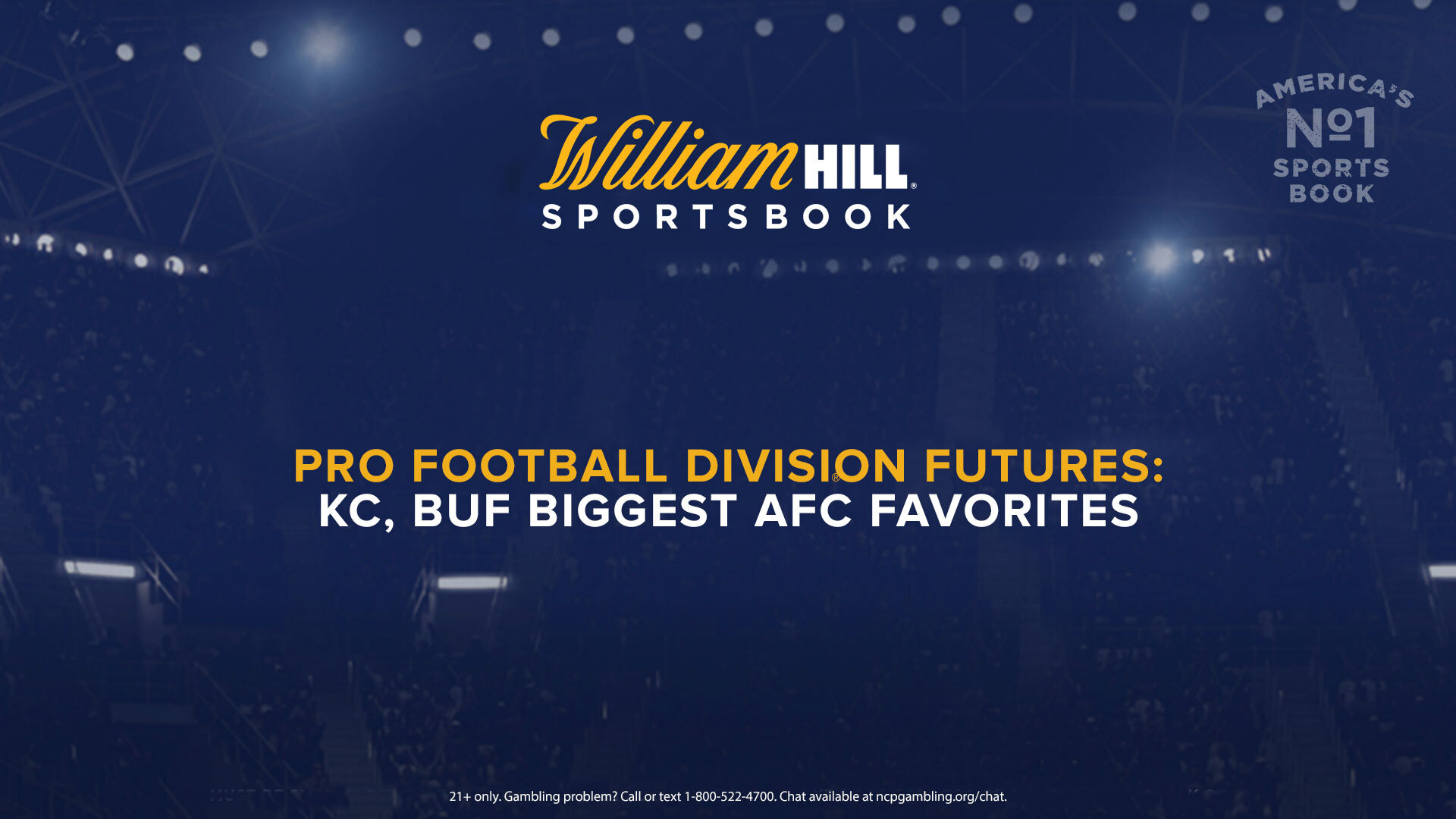 The NFL offseason recently began, but that doesn’t mean we can’t look ahead to next season already.

Using William Hill’s opening 2020-21 division futures from March 2020, one favorite (Chiefs at -350), one co-favorite (Titans at +200) and two teams with the second-lowest odds in their respective divisions (Bills at +350 and Steelers at +275) ended up finishing atop the standings last season.

For the first time in a while, the Patriots are not the offseason favorites to conquer the AFC East. The Bills are -190 chalk to repeat as division winners, followed by the Dolphins at +320, the Patriots at +500 and the Jets at +2000.

“It looks like a two-horse race there, unless you think the Patriots can have a miracle resurrection,” said Nick Bogdanovich, Director of Trading for William Hill US. “The Bills deserve to be the favorite, they’re still young and getting better. But the Dolphins are definitely a quality live dog, that’s for sure. I think you’ll see money on the Dolphins.”

Of the four 2020-21 AFC division winners, the Steelers have the longest odds to repeat this time around. Pittsburgh is at +275 in the AFC North, behind the Ravens at +110 and the Browns at +200. At +2800, the Bengals are the biggest AFC division futures long shot of any team.

“The Bengals are interesting—[Joe] Burrow showed he can play, so year 2 should be even better,” Bogdanovich said. “They’ll get attention from people looking for long shots. Anything can happen in that division: Ben [Roethlisberger] is old, maybe Cleveland was a flash in the pan. Obviously the Bengals are priced that way because they haven’t won anything in forever and they have to go through three quality teams, but it wouldn’t surprise me if they end up with more tickets in that division than anyone.”

The AFC South is a near dead heat at the top, with not much separating the Colts at +105 and the Titans at +115. Two teams with fascinating offseasons ahead, the Texans and Jaguars, are listed at +1200 each.

“Will be interesting to see if [Carson] Wentz has anything left,” Bogdanovich said. “Titans are solid too. The Colts and Titans are both playoff teams, they have good coaches and good rosters. Jacksonville could be feisty, but I’m not sure a rookie quarterback like Trevor Lawrence can go in there and flip it. Looks like another two-horse race here to me.”

“I think you’ll see all three of these other teams get money,” Bogdanovich said. “I think the Raiders could be live, they gave the Chiefs all they could handle in both games last season. I think the Chargers are definitely live with [Justin] Herbert. Then there’s Denver, they’re out there in the quarterback sweepstakes. If they land someone good when the pieces start flying all over the place, they can be live too. I don’t think you’ll see that much Chiefs money, but it’ll show up for the other three.”