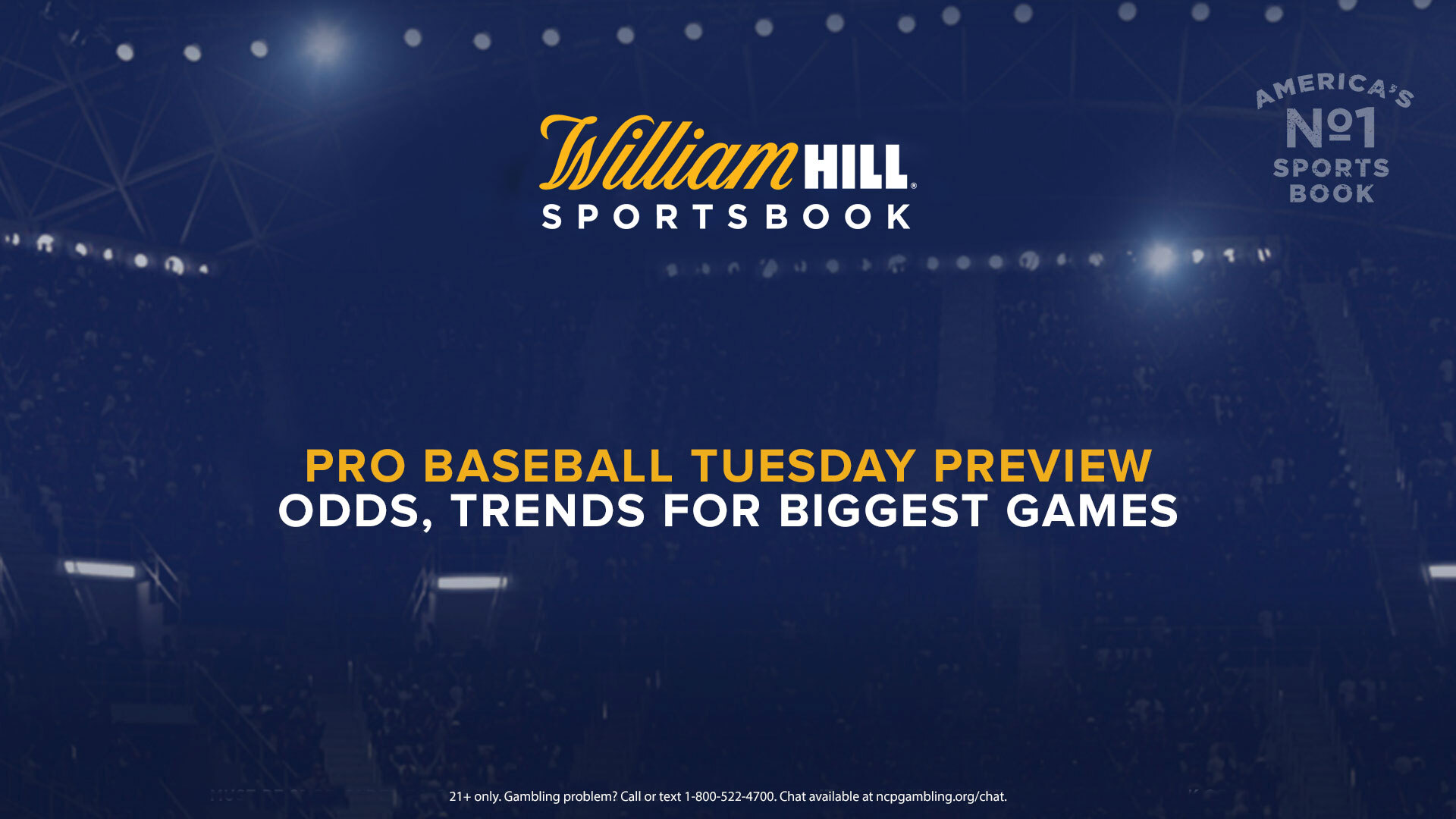 It’s a strong lineup today for MLB, as 15 games are set to take place on the diamond. Highlights include the team with the best record in baseball facing another division leader, the two top NL Central teams squaring off and one of the most exciting players in the game taking the mound against a division rival.

But before you wager on today’s action, here’s why the 10-cent MLB lines at William Hill are extremely beneficial to every bettor.

Nathan Eovaldi will start for the home team and is going up against Oakland’s Chris Bassitt. The Red Sox are currently -124 on the moneyline at William Hill, whereas the Athletics are +114 to steal one on the road.

The majority of William Hill bettors are expecting Boston to improve upon its strong record. The Red Sox are capturing 64% of the total number of tickets and 62% of the total dollars wagered among all moneyline bets against the Athletics.

Also at 7:10 p.m. ET/4:10 p.m. PT is a rematch from an memorable series in last year’s MLB postseason. The Rays outlasted the Yankees in a winner-take-all Game 5 in the ALDS, thanks to a Mike Brosseau go-ahead home run in the bottom of the eighth inning off of Aroldis Chapman.

Both teams are three games behind the AL East-leading Red Sox heading into their three-game series in Tampa Bay. The Yankees are -122 road favorites with lefty Jordan Montgomery on the mound, and the Rays are listed at +112 with Luis Patino on the bump.

This contest has created division among William Hill bettors for which team will come out on top. The Rays have snagged 52% of the total number of tickets, yet the Yankees have the edge in total dollars wagered at 52%.

The Cardinals are leading the second-place Brewers by two games in the NL Central race, however Milwaukee is the team that is favored tonight when these two meet in Milwaukee at 7:40 p.m. ET/4:40 p.m. PT.

Brewers righty Freddy Peralta will look to pick up his fourth win of the season, while Kwang Hyun Kim will start for the Cardinals. Milwaukee is -130 over St. Louis (+120), with a total of 7 being one of the smallest on the board today. Only the 6.5 posted for Orioles at Mets is lower.

The underdog is piquing the interest of William Hill bettors, as the Cardinals are reeling in 64% of the total number of tickets and 59% of the total dollars wagered among all moneyline bets vs. the Brewers.

Shohei Ohtani will be on the mound and in the batter’s box tonight for the Angels, as he’ll get a road outing against the Astros and Lance McCullers Jr. at 8:10 p.m. ET/5:10 p.m. PT. Ohtani has the second-lowest AL MVP odds at William Hill Nevada at +600, only trailing teammate Mike Trout at +175.

Even with all their star power, the Angels still find themselves in last place in the AL West and at +143 to win tonight’s showdown against the Astros (-153). It’s an even 50-50 split between the two AL West foes for total dollars wagered, while the Astros have the advantage in total number of tickets at 62%.

Check out William Hill’s odds for every MLB game today below.