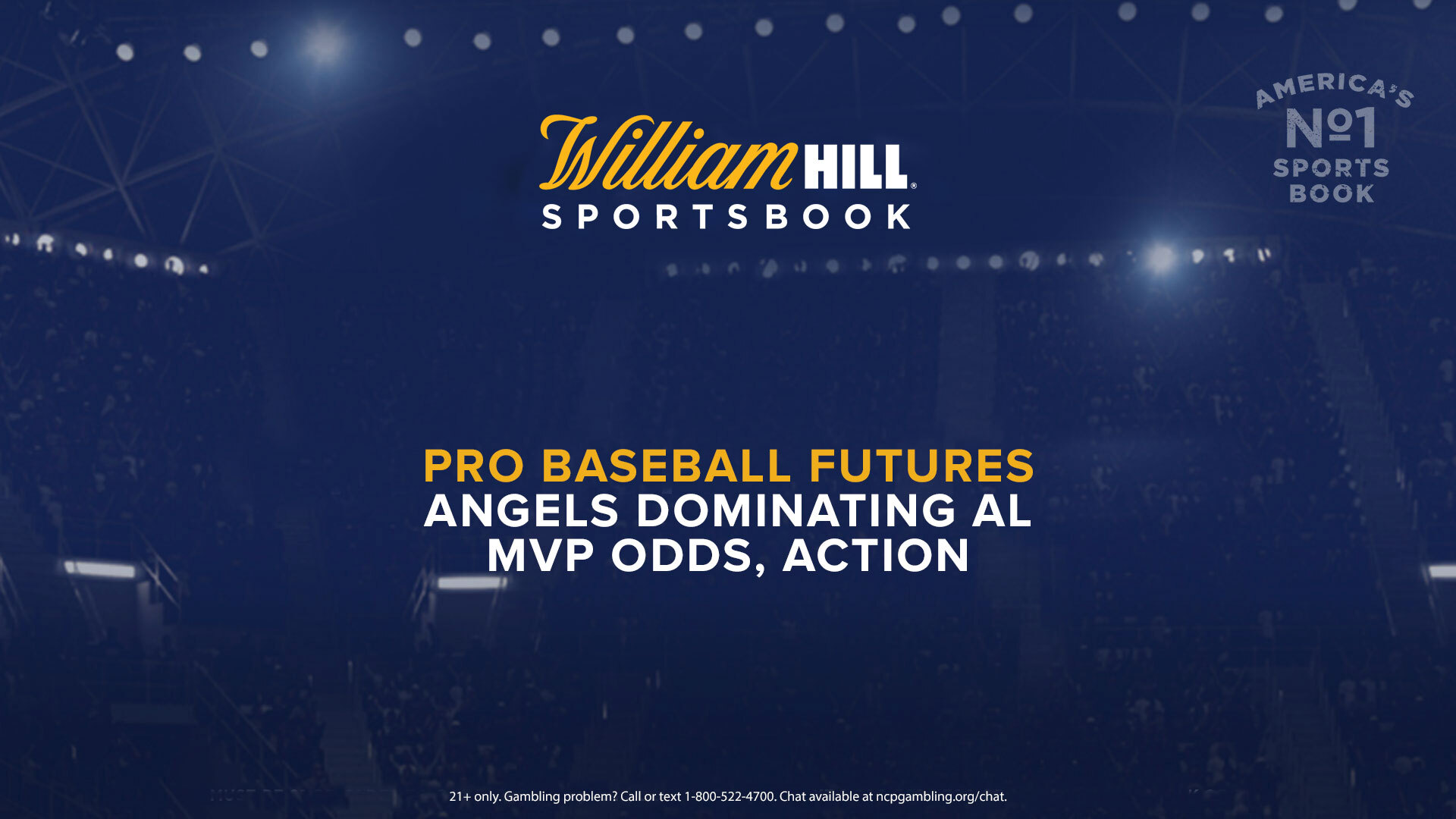 It’s a new week of MLB, and with a light five-game slate tonight, let’s instead dive into one of William Hill’s various MLB futures markets.

AL MVP odds aren’t nearly as tight at the top as NL MVP at William Hill Nevada. Angels outfielder Mike Trout is the +175 favorite, followed by teammate Shohei Ohtani at +600. The next-closest player to those two is Red Sox outfielder J.D. Martinez at 12/1.

“Obviously Trout’s the favorite every year, he’s the best player in baseball,” said Nick Bogdanovich, Director of Trading for William Hill US. “Ohtani having the second-lowest odds is in large part due to the liability we have with him. It is rare, though, for one team to have the two MVP favorites. The Angels have to start playing better, Trout gets hurt in the MVP voting every year because they haven’t won anything in forever.”

“He’s hitting with power pretty good,” Bogdanovich said. “But he’s been inconsistent on the mound and he probably needs to improve his [batting] average a bit. He still has a long way to go to take home that award. The move to +600 is definitely liability-driven with that person making that huge bet.”

Twins outfielder Byron Buxton was listed at 150/1 on Opening Day, and reached 50/1 a mere 10 days later. By the end of April, he was all the way down to 20/1, where he is now tied for the fourth-lowest AL MVP odds with Jose Ramirez, Alex Bregman and Vladimir Guerrero Jr.

Meanwhile, Guerrero Jr. is fourth in both total number of tickets (5%) and total dollars wagered (2%).

“[Guerrero Jr.] is the real deal,” Bogdanovich said. “Money [bet on him], name recognition and play, it’s a three-team parlay. The Blue Jays certainly have the talent to be one of the better teams in the AL. But he’s legit, and I think he has a decent shot at winning it.”

Check out William Hill’s latest odds and trends for AL MVP below.