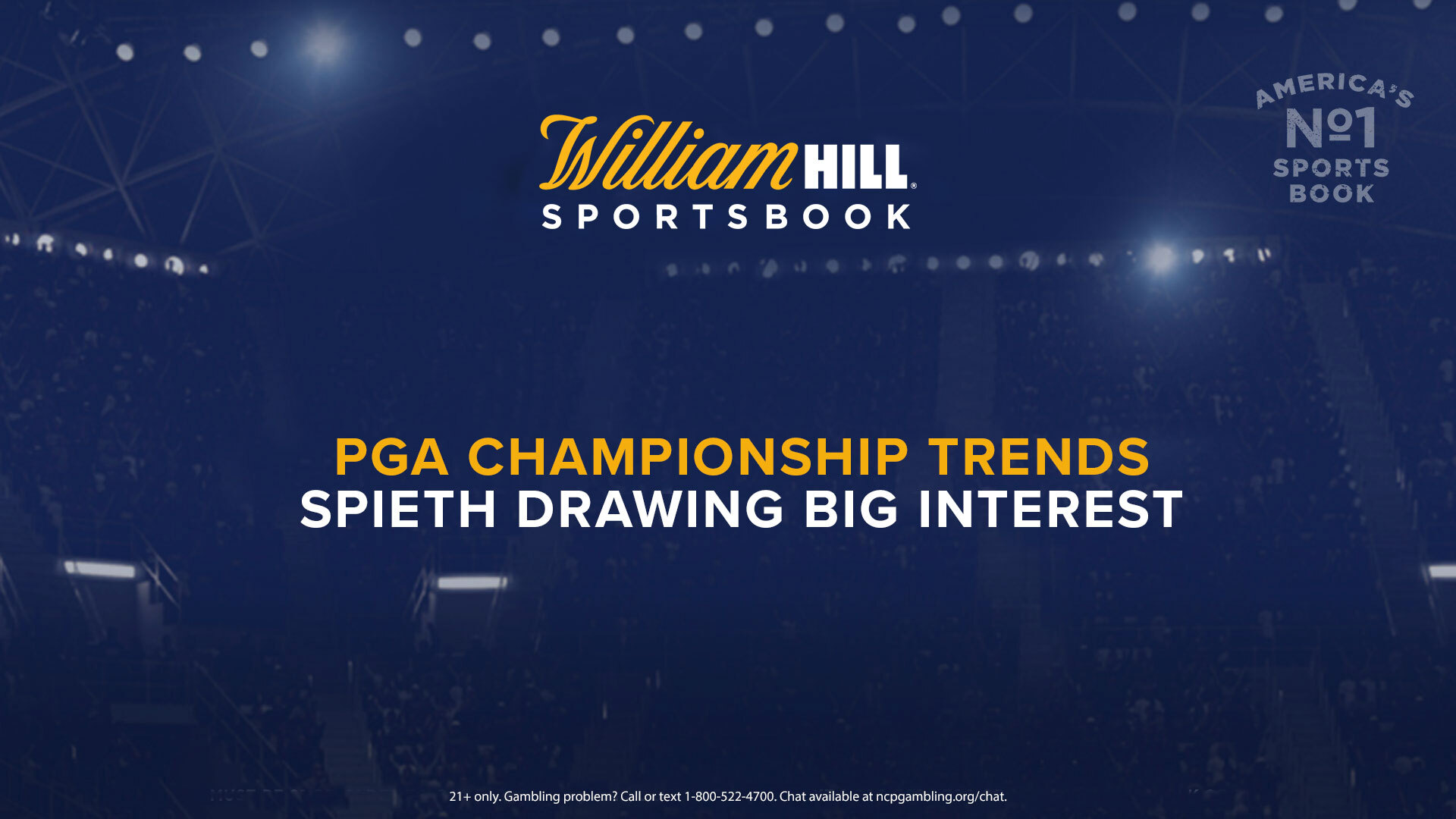 The 103rd PGA Championship will be underway tomorrow, with one golfer ending the week with his name etched into the history books after a first-place finish at Kiawah Island.

William Hill Nevada has the futures up for 136 golfers to win this major, as well as several different recently released prop markets like make/miss the cut and tournament head-to-head matchups.

“This course will benefit the ball-strikers,” said Nick Bogdanovich, Director of Trading for William Hill US. “This course is just so long. Apparently the wind was supposed to only be 10-12 [MPH], but they said yesterday at practice was like a hurricane. It’s hard to predict what the wind will be like every day because the course is next to an ocean and anything can happen. There’s no question wind will be factor though, and ball-strikers can hit it through that wind. And the greens, they’re exposed, so they won’t be running super fast.”

After being a co-favorite with Justin Thomas on Monday, Rory McIlroy now stands alone atop the board at 10/1. Thomas has risen slightly to 12/1, where he is tied with Xander Schauffele for the second-lowest odds. Schauffele was listed at 22/1 on Monday, which was the eighth-lowest odds at the time.

Jon Rahm and Jordan Spieth are each at 13/1, with Viktor Hovland (15/1), Bryson DeChambeau (17/1) and Dustin Johnson (18/1) all nearby. Johnson, however, has seen his odds continue to climb, as 18/1 is the highest he’s been since William Hill released its 2021 PGA Championship futures on April 12. Johnson withdrew from last week’s AT&T Byron Nelson due to knee discomfort.

“DJ’s price has been going up,” Bogdanovich said. “I think he’ll hit 20/1 by the time we close today. No one wants to bet on him [to win]. They are also betting him to miss the cut.”

But who has been the most popular bet to come out on top?

“Spieth has way more tickets than anyone else in the field,” Bogdanovich said. “He’s just been on a roll the past two months or so, so that’s why he’s getting this much action. We lose pretty good with him still.”

Spieth is tops in total number of tickets (7%) and total dollars wagered (10%) among all bets to win the 2021 PGA Championship at William Hill. That is highlighted by one Nevada bettor placing $3,000 on Spieth at 15/1 for a total potential payout of $48,000.

McIlroy is second in total dollars wagered at 8%, with Schauffele and Thomas each at 7%. Rahm is the only other golfer who has reeled in at least 5% in this category. For total number of tickets, Hovland (5%) only trails Spieth, whereas five golfers have snagged 4%—Schauffele, Thomas, McIlroy, Collin Morikawa (33/1) and Tony Finau (30/1).

A couple of longshots have also piqued the interest of William Hill bettors. Sam Burns is now down to 30/1 after opening 125/1, and Bogdanovich noted that Burns is only behind Spieth in liability. Victor Perez was at 300/1 yesterday before an Illinois bettor nabbed him there for $500 and a total potential payout of $150,500. Perez currently resides at 75/1.

Check out William Hill’s latest trends for the 2021 PGA Championship below.