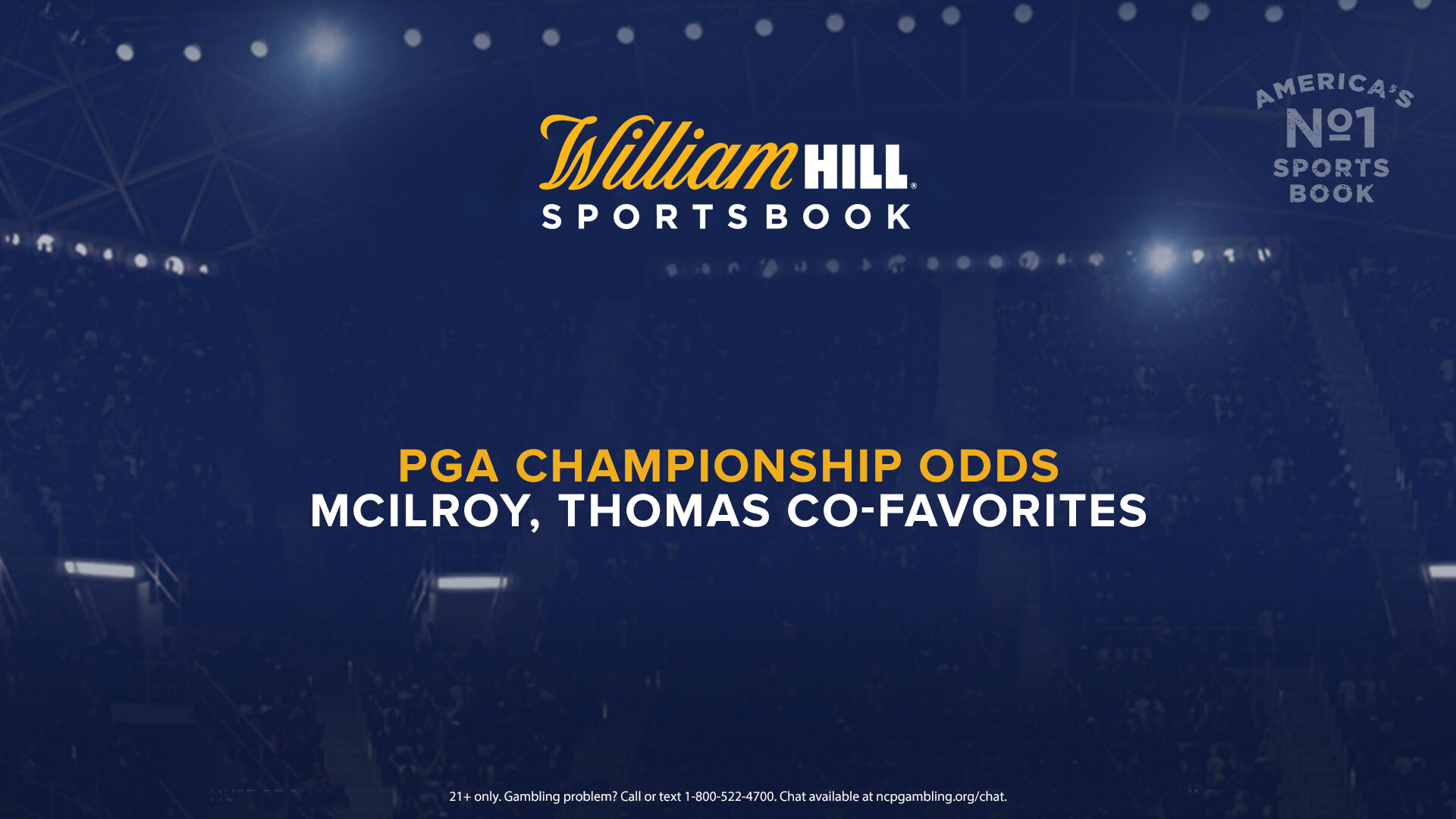 The second major of the season is set to tee off this week. The 2021 PGA Championship will feature the best golfers in the world competing at Kiawah Island Resort’s Ocean Course in South Carolina.

William Hill Nevada has futures up for 135 golfers to win the 2021 PGA Championship, with Rory McIlroy and Justin Thomas currently leading the way at 10/1.

Thomas has a PGA Championship victory himself in 2017 and is second in the Official World Golf Ranking, only trailing Dustin Johnson.

Jon Rahm has the third-lowest odds at 12/1, with Jordan Spieth close behind at 14/1. Neither golfer has won a PGA Championship before, though Spieth did come in second place by three strokes in 2015 when Jason Day set a PGA Championship record by going 20-under par.

“We lose pretty good with Rory, so I lowered him again today,” said Nick Bogdanovich, Director of Trading for William Hill US. “People just think he’s back in stroke. Right now we lose with him, Spieth and Justin Thomas among the top guys. Once we get more money in the pot, which will pick up fast this week, I still don’t think we’ll get out with Spieth—we’ll lose with Spieth regardless. But now that Rory is the favorite at 10/1, I think he’ll be either break even or a small winner by the time the tournament kicks off.”

Two other golfers in this field have odds lower than 20/1: Johnson at 15/1 and Bryson DeChambeau at 16/1. Johnson has been the runner-up in each of the past two PGA Championships, but he has questions surrounding his health after missing last week’s AT&T Byron Nelson.

“Johnson would be at 12/1 or lower if it wasn’t for him withdrawing [last week] with a knee problem,” Bogdanovich said. “That’s a major concern. Maybe it was precautionary, but he still didn’t get a week of work so there’s the rust factor. There’s no money yet on Johnson or DeChambeau, which is why they’re a little higher than the top four.”

Viktor Hovland is next at 20/1, followed by Xander Schauffele at 22/1, last year’s PGA Championship winner Collin Morikawa at 28/1 and Daniel Berger at 30/1. Three more are at 33/1: Tony Finau, Cameron Smith and Sam Burns. Burns was listed at 125/1 back on May 2 before falling all the way down to his present number.

“Sam Burns is a big problem for us,” Bogdanovich said. “He’s been on a roll, he finished in second his last tournament and won his last tournament before that. People got some big numbers on him. He went from 125/1 then 100/1 then 75/1 and now 33/1. He’s a hot commodity right now. He’s like in the Spieth-range when it comes to liability, he’s our second-worst result.”

Check out William Hill’s latest futures for the 2021 PGA Championship below.