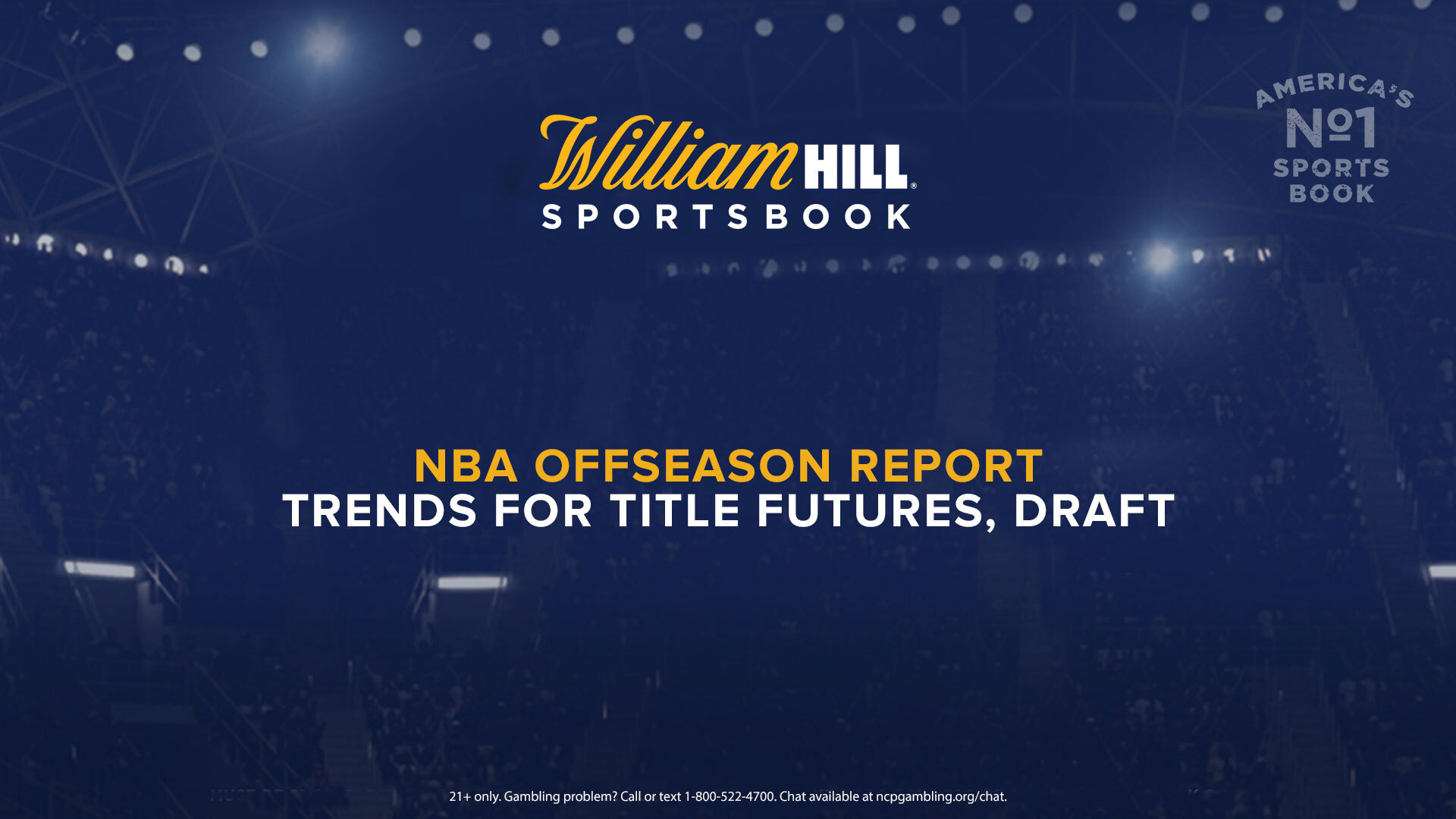 With some major trades already going down and some of the league’s future stars about to be drafted tonight, the NBA offseason is in full swing. Whether it’s updated championship odds or some of the props for the NBA Draft, let’s take a look at recent developments on the hardwood at William Hill.

The Lakers opened as the +400 favorites in William Hill’s original 2021 NBA championship futures last month, following L.A. capturing the 2020 title over the Heat. The Clippers were close by at +500, with the Warriors next at +700.

While the Lakers remain in the top spot now at +250, there’s been a major shakeup behind them. The Nets now have the second-lowest odds at +450 after opening at 12/1, followed by the Bucks at +550.

Besides being rumored as a possible destination for James Harden, Brooklyn’s move up the board also is due to the fact that William Hill bettors are rushing to bet the Nets early on.

“Three teams pretty much have all the tickets and all the money, the Lakers, Warriors and Nets,” said Nick Bogdanovich, Director of Trading for William Hill US. “The other 27 teams don’t have much, that’s really crazy. I am surprised it’s this much of an extreme right now.”

The Lakers leads the way in both total number of tickets and total dollars wagered at 22% and 40% respectively. The Warriors are second in both categories (17% tickets, 21% dollars) while the Nets are third in each (12%, 20%). The only other team that ranks in the top five for both is the runner-up Heat, who have captured 5% of the total number of tickets and 4% of the total dollars wagered.

Many William Hill bettors are intrigued with the Warriors’ championship prospects, however Golden State will also play a major role in tonight’s NBA Draft. The Warriors currently hold the No. 2 pick, in between the Timberwolves at No. 1 and Hornets at No. 3.

William Hill currently has 29 NBA draft props up in New Jersey, Colorado and Indiana, including which player will be taken with the first, second and third picks.

Anthony Edwards is the -220 favorite to hear his name called first tonight, followed by LaMelo Ball at +160 and James Wiseman at +700. While Edwards is bringing in 54% of the total number of tickets on this prop, Ball is getting 54% of the total dollars wagered.

Wiseman is -180 chalk to be the second pick, with Edwards at +150 and Ball at +250. The Memphis big man also has received 79% of the total number of tickets and 89% of the total dollars wagered in this market.

William Hill bettors are also aligned on the third pick, as 74% of the total number of tickets and 92% of the total dollars wagered have come in on Ball. Ball leads the way at +110 to go third, with Wiseman at +180 and Edwards at +200.