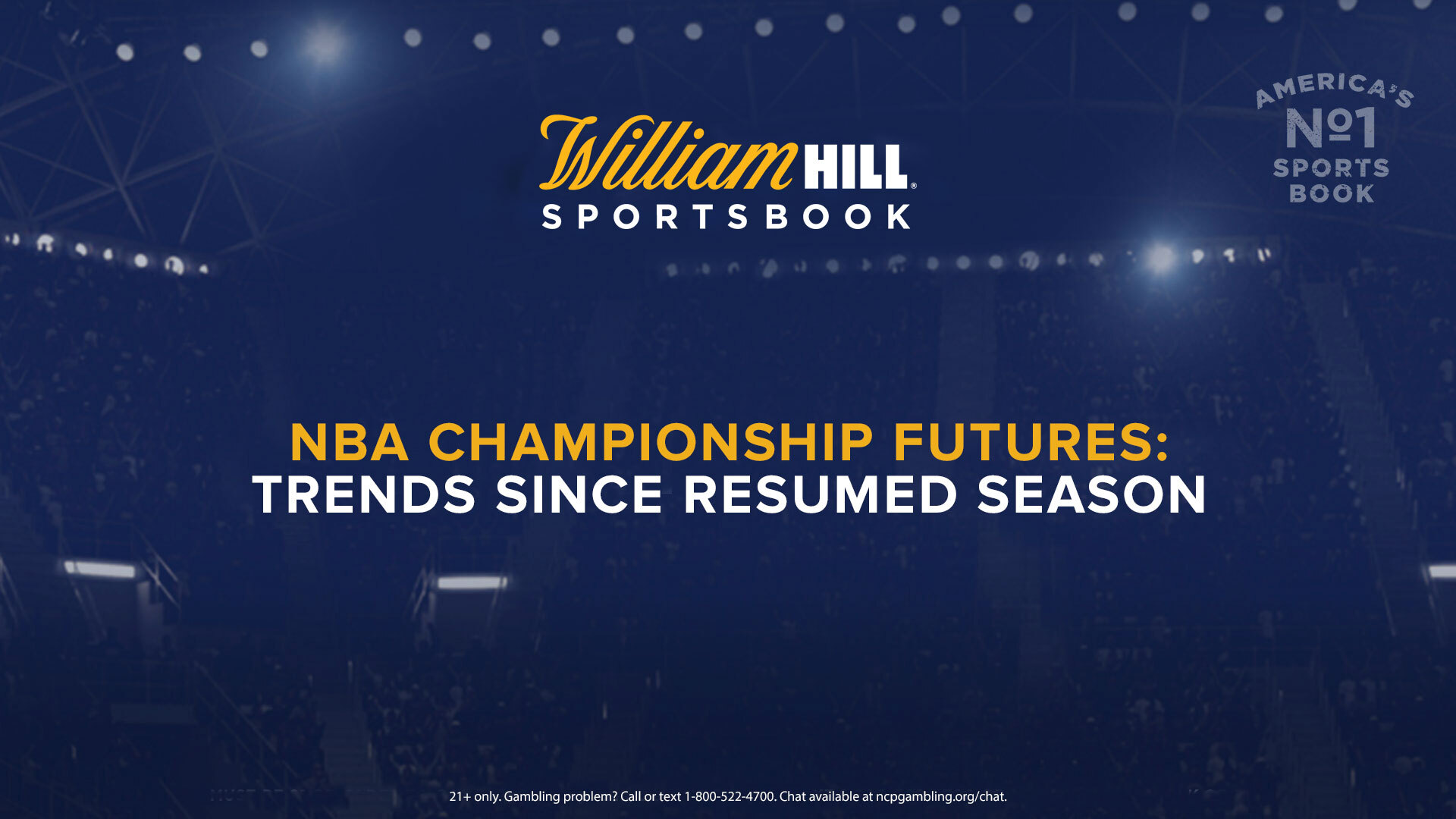 Before the NBA resumed its season on July 30, the Lakers (+150), Bucks (+280) and Clippers (+350) not only had the lowest odds in William Hill’s championship futures, but they all ranked in the top three in total number of tickets and total dollars wagered.

Fast-forward two weeks, and those three teams are still atop the odds board. The Lakers are now the 2/1 favorites, followed by the Bucks at 3/1 and the Clippers at 16/5 (+325). However, William Hill bettors are not nearly as enamored with one of these contenders as they were pre-bubble.

The two Los Angeles teams are still generating immense interest in William Hill’s NBA title futures market since the restart. From July 30 on, the Lakers lead all teams with 34% of the total dollars wagered, and have also received 10% of the total number of tickets.

That includes the largest NBA championship futures wager taken at William Hill since play resumed, as a Nevada bettor placed $9,000 on Lakers +160 for a total potential payout of $23,400.

Meanwhile, the Clippers are tops in total number of tickets at 14% and rank second in total dollars wagered at 23%—which is highlighted by another Nevada bettor putting down $2,000 on Clippers +325 for a total potential payout of $8,500.

The Eastern Conference team that has sparked the most intrigue among William Hill bettors recently has been the Raptors. The defending champions had the sixth-lowest title odds on July 30 at 16/1, and are now tied for the fourth-lowest odds at 10/1 with the Celtics. Toronto is first among all Eastern Conference teams in total number of tickets (7%) and total dollars wagered (6%) for every NBA championship futures bet placed since July 30.

In terms of long shots, two Western Conference squads have seen their odds dramatically improve since bubble play and one Eastern Conference team has drawn a noteworthy futures wager.

Portland went from 50/1 (tied for 13th-lowest odds) to its current price of 20/1 (seventh-lowest odds). The Trail Blazers also attracted 10% of the total number of tickets and 5% of the total dollars wagered on NBA title futures since July 30, putting them in the top 5 in both categories.

There hasn’t been a better story over the past two weeks than the Suns. Phoenix has seen its odds jump to 50/1 from 400/1 thanks to a perfect 7-0 record in Orlando. The Suns have generated 5% of the total number of tickets and 2% of the total dollars wagered.

Over in the Eastern Conference, the Pacers’ title odds have risen from 125/1 to 200/1 since July 30. A Nevada bettor is still very optimistic about Indiana’s chances for its first-ever NBA championship, laying $1,300 on Pacers 200/1 for a total potential payout of $261,300. That is the second-largest potential total payout at William Hill for any NBA title futures wager, with only a $1,000 bet on Blazers 300/1 back in February for a $301,000 potential total payout surpassing it.