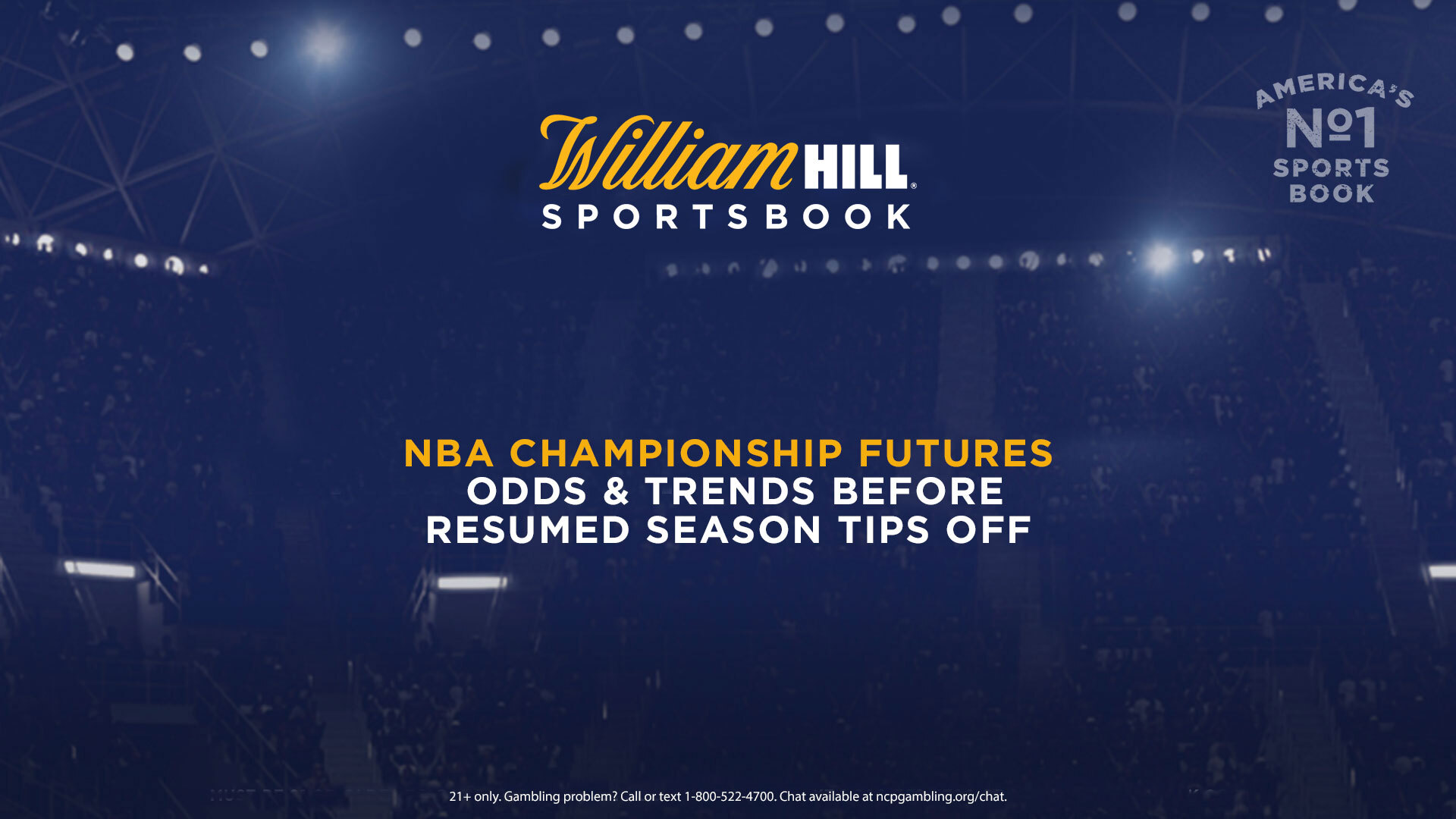 After a long 141-day wait, the NBA will resume its season tonight in Orlando.

Before the Pelicans and Jazz tip off at 6:30 p.m. ET/3:30 p.m. PT, let’s view William Hill’s current 2019-20 NBA championship futures odds and trends. Additionally, here are the Eastern and Western Conference futures trends from earlier in the week.

Some teams have seen their odds in this market noticeably improve over the past month-plus, including a pair of Western Conference contenders in the Rockets (16/1 to 10/1) and Pelicans (60/1 to 40/1).

Besides the Lakers holding the status of title favorites, they also lead the way in both total number of tickets (18%) and total dollars wagered (32%). The biggest championship futures wager on Los Angeles as of now at William Hill is one Nevada bettor putting down $10,000 on Lakers 3/1 for a total potential payout of $40,000.

The Bucks rank second in total dollars wagered at 16% with the Clippers behind them at 11%, and each team has also captured 9% of the total number of tickets. Milwaukee has also drawn the largest 2019-20 NBA championship future bet thus far, when a New Jersey bettor placed $50,000 on Bucks 4/1 for a total potential payout of $250,000.

The only other team to rank in the top five in the two categories is the 76ers (22/1), as they’ve received 6% of both the total number of tickets and total dollars wagered.

Check out William Hill’s latest 2019-20 NBA championship odds and trends below, which are available to bet in Nevada, New Jersey and Iowa.