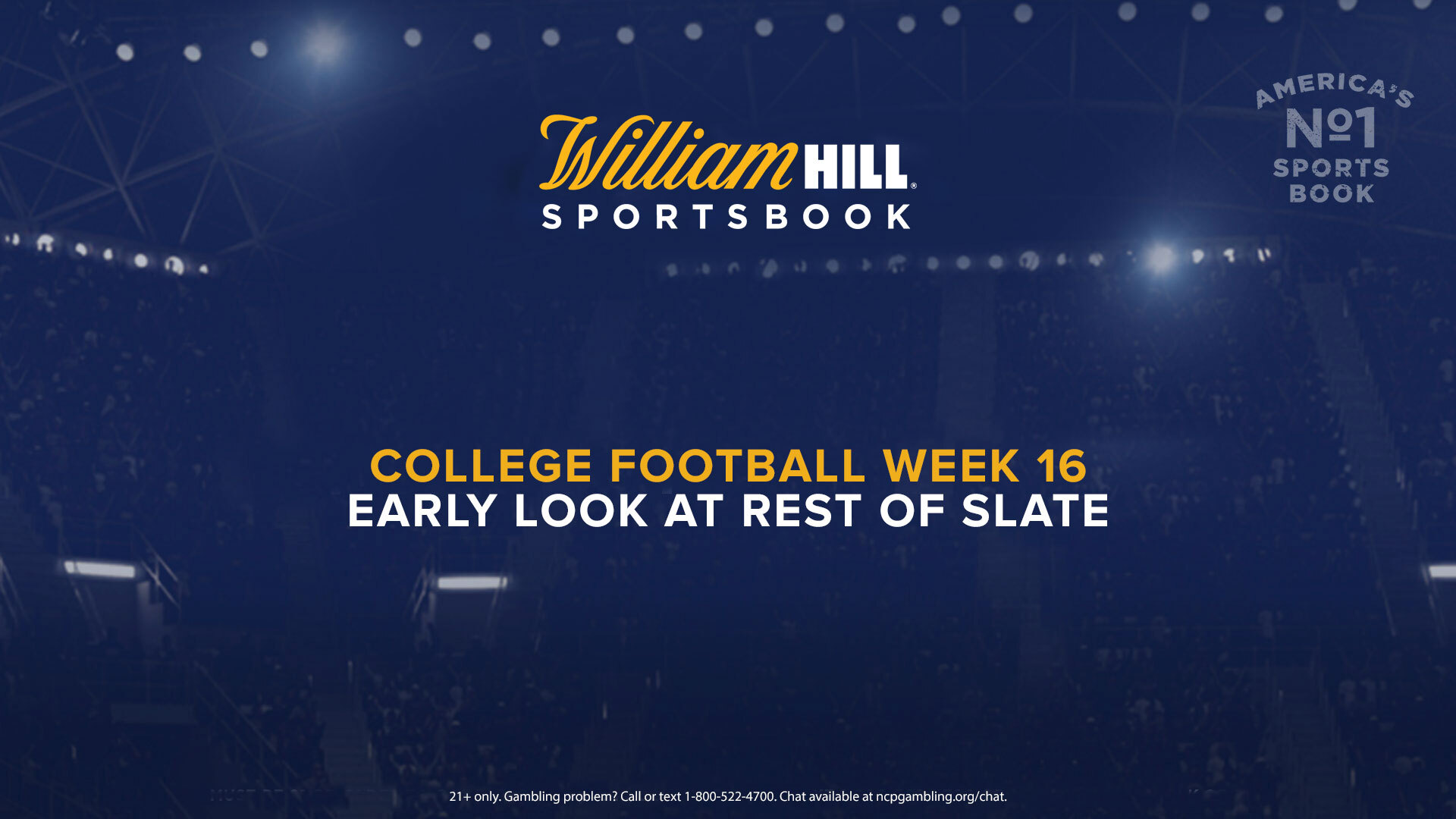 While the conference championships are commanding the spotlight this week, there are still several other intriguing matchups on the board this week in college football.

One ranked team that is vying for a College Football Playoff berth is No. 5 Texas A&M. The Aggies finished behind No. 1 Alabama in the SEC West standings, and will end their regular season with a trip to Knoxville.

The Aggies are currently 14-point road favorites over Tennessee at William Hill. The Volunteers just snapped a six-game losing streak last weekend with a 42-17 victory over Vanderbilt.

“Going to Tennessee and winning won’t be an easy chore,” said Nick Bogdanovich, Director of Trading for William Hill US. “A&M is definitely going to want some style points here, I just don’t know if they’re good enough to get those style points. They definitely have to take care of their business, but I wouldn’t be surprised if Tennessee gave them all they wanted.”

Another SEC road favorite this weekend is Ole Miss, which takes on defending national champion LSU. The Tigers have been one of the biggest disappointments in college football this season, but they just shook up the CFP picture after a stunning upset over No. 7 Florida as 23-point underdogs.

Ole Miss is listed at -2 in Baton Rouge for Saturday after opening as a 1.5-point underdog. In fact, there’s been movement across the board for this showdown.

“We’ve written a ton of bets in this game,” Bogdanovich said. “This is our biggest handle of any regular game this week. Ole Miss is up to 2, the total we opened at 75 and it’s now at 77.5. They’re betting Ole Miss and the over. I guess they think that LSU coming off that big win will be a little full of themselves.”

One team coming off a tough loss last week that is now getting bet up is UCLA. The Bruins fell short in a chance to spoil USC’s undefeated season last weekend, and now will host Stanford at the Rose Bowl. Even with Stanford entering on a three-game winning streak, UCLA is a 7-point favorite at William Hill.

“Any time you lose to a rival in heartbreaking fashion, good luck getting up the next week,” Bogdanovich said. “Now UCLA’s so young that they may and they want to finish the season strong to get to a bowl. We opened this at 6.5 and it’s now at 7, so the sharps like UCLA. But I’d be overly concerned whether they’re in a good frame of mind to play this game.”

The Bruins have drawn a noteworthy bet as well. A Nevada bettor placed $3,300 on UCLA -6.5 (-110) for a total potential payout of $6,300. That is tied for the largest non-conference championship wager for this week’s college football action at William Hill, as another Nevada bettor placed $3,300 on Penn State -15 (-110) hosting Illinois for a total potential payout of $6,300.

Check out William Hill’s latest odds below for every non-conference championship college football game this week.