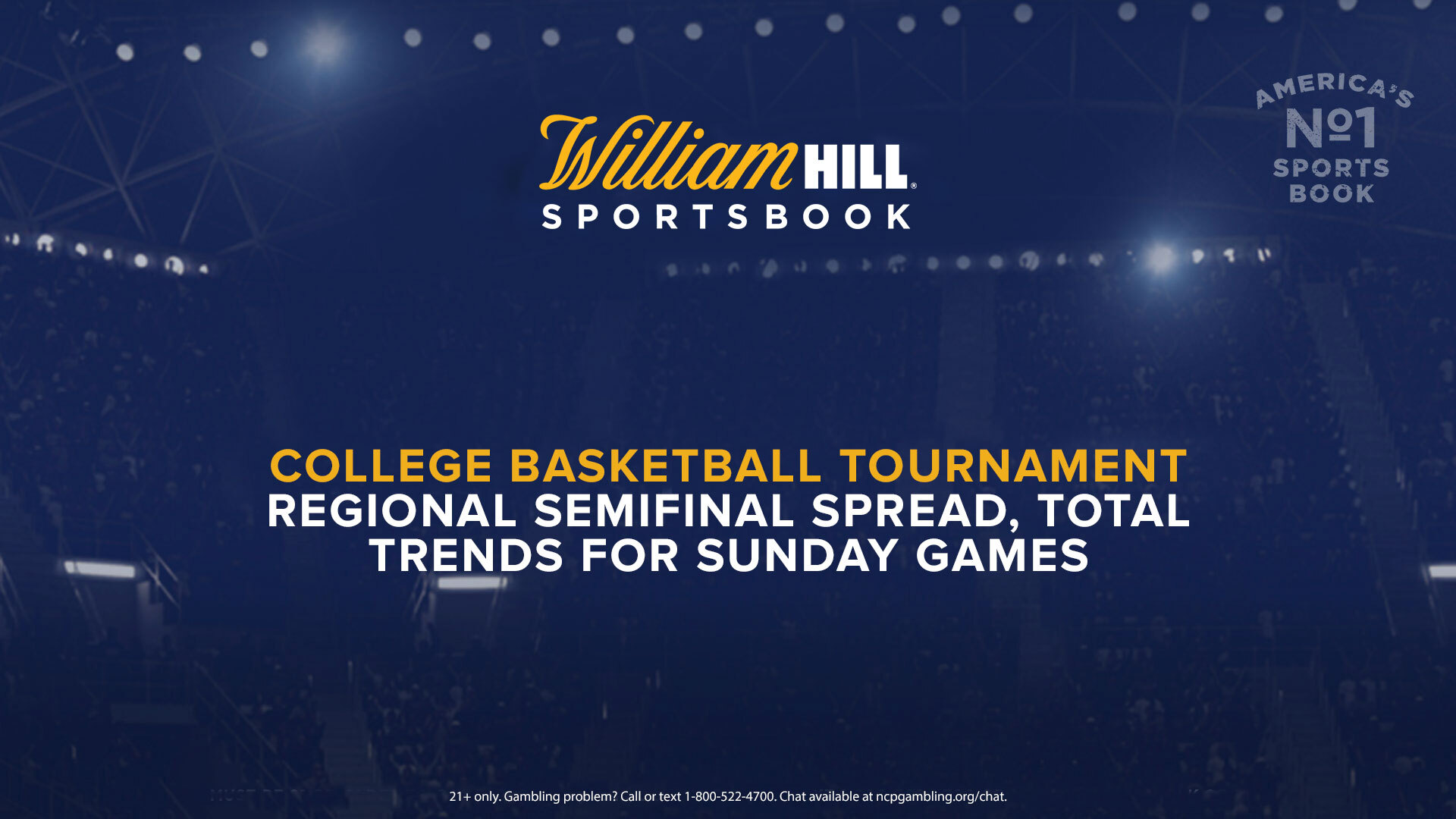 While March is winding down, the Madness isn’t close to finished. After taking a look at the odds and trends for Saturday’s Sweet 16 games, we move on to Sunday’s four contests.

“Gonzaga covered both times last week and we’re going to be buried on Gonzaga come Sunday,” said Nick Bogdanovich, Director of Trading for William Hill US. “We’ll need Creighton big, it’s possible that could be our biggest decision this weekend. It’s definitely not often that a team is a double-digit favorite in their first three tournament games, but Gonzaga is power rated so high this year and their offense looks unstoppable.”

Gonzaga is reeling in 70% of the total number of tickets and 78% of the total dollars wagered among all spread bets against Creighton, which is the highest percentage in both categories out of all teams playing on Sunday. One New Jersey bettor, though, has made a significant wager on the underdog to cover. A $13,000 bet was laid on Creighton +13 (-110) for a total potential payout of $24,818.18.

“The public is leaning Michigan, but the sharps are on the dog,” Bogdanovich said. “Michigan played great last game, but this won’t be LSU’s defense they’re going up against on Sunday. Colorado had a really tough time getting any shot off against Florida State. Michigan’s got talent, but it’ll be interesting to see how they match up with Florida State’s length and athleticism.”

“Alabama is just a monster,” Bogdanovich said. “They won the SEC, which is the second- or third-best conference in the country, and they did it in resounding fashion. Everyone saw what they did to Maryland last game. Both the sharps and masses are on Alabama, even with how good UCLA has looked.”

“I think this will be a dead even bet game, I really do,” Bogdanovich said. “These two teams have opposite styles. When Oregon shoots the three well, they are really tough to stop. They looked phenomenal against Iowa. USC is more of a half-court team with all their height and [Evan] Mobley is a beast down low. I think both of them can beat Gonzaga if they play next round.”

Check out William Hill’s latest odds and trends for every Sunday Sweet 16 spread and total below.