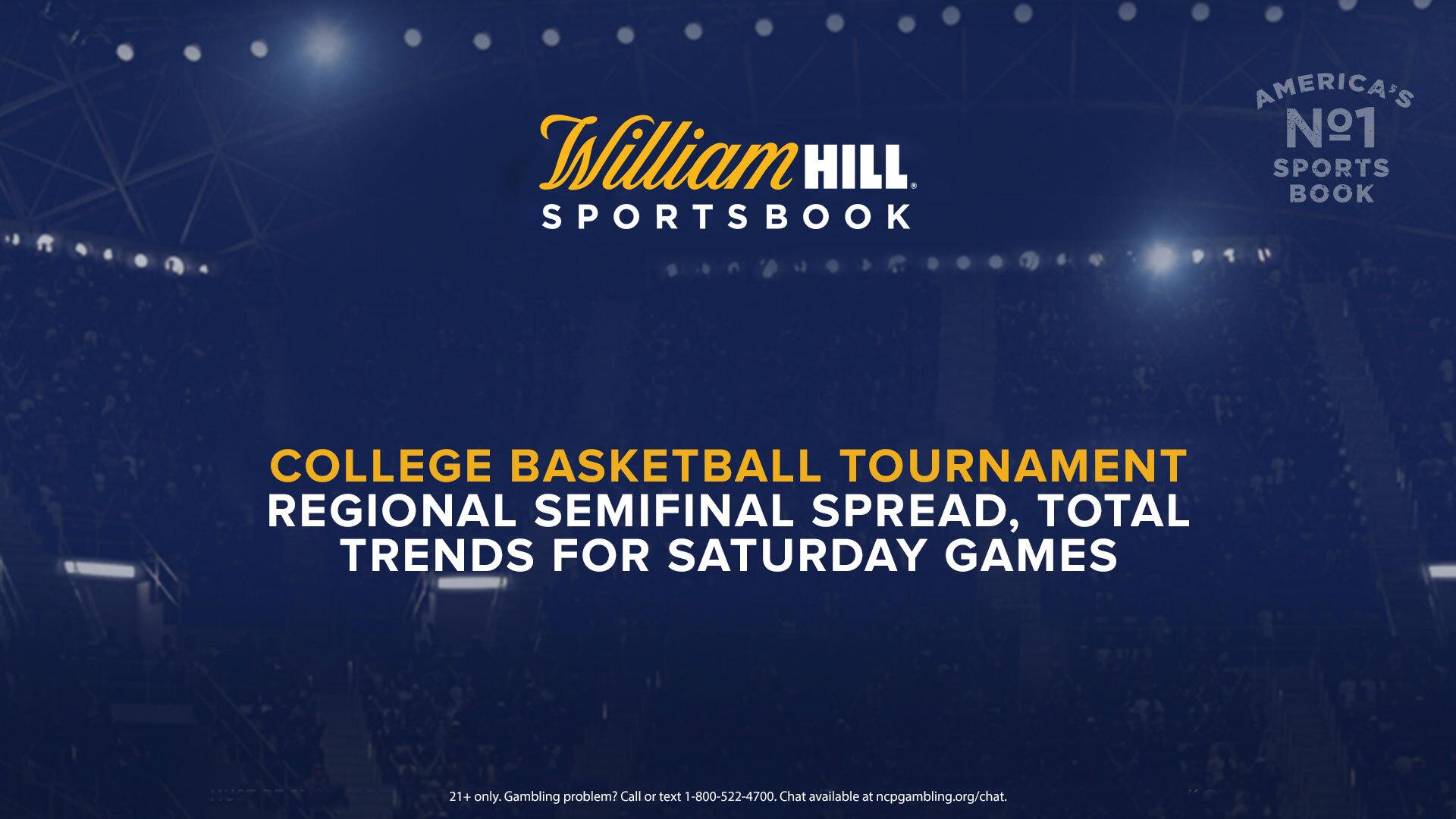 The Sweet 16 tips off tomorrow, with eight teams vying for a trip to the Elite Eight in Saturday’s action.

In an NCAA tournament that has seen some massive upsets, William Hill bettors think that several underdogs will come through again tomorrow against the spread. One Saturday favorite, however, is the most popular Sweet 16 spread bet as of now.

“Oregon State was a huge public dog in their first two games, I think they’ll be a public dog here again,” said Nick Bogdanovich, Director of Trading for William Hill US. “Loyola Chicago is not a typical team that lays 7 in the NCAAs. Oregon State has looked strong defensively on their run and with all the buzz surrounding the Pac-12, Oregon State getting this many points should be intriguing to the masses. I think Loyola Chicago has a chance to win it all, they’re that good, but we’ll probably need them pretty good on Saturday.”

Oregon State has captured 63% of the total number of tickets and 53% of the total dollars wagered among all spread bets vs. Loyola Chicago. Each team, though, has drawn a noteworthy moneyline wager. A Nevada bettor placed $27,500 on Loyola Chicago -270 for a total potential payout of $37,500, while a New Jersey bettor put down $14,120 on Oregon State +240 for a total potential payout of $48,008.

Additionally, even with a very low total, this matchup has been one of the more popular Sweet 16 overs. The over has received 72% of the total number of tickets and 81% of the total dollars wagered.

“You have to give Villanova huge credit,” Bogdanovich said. “To lose [Collin] Gillespie was devastating, he was their heart and soul. And then for them to bounce back and put two games together like that, it just shows Jay Wright’s coaching ability and how deep the program is. The sharps just think that they are running into an opponent too strong for them without Gillespie.”

William Hill bettors are strongly backing the Bears to cover here, as they’ve generated 72% of the total number of tickets and 87% of the total dollars wagered. That leads all Sweet 16 participants in both categories. A Nevada bettor staked $15,000 on Baylor -6 (-120) for a total potential payout of $27,500, which is the largest Sweet 16 spread wager thus far at William Hill.

“Early returns say this will be a public dog,” Bogdanovich said. “We’re high on the straight bets and parlays with Oral Roberts. They played earlier this season and they both play fast, so Oral Roberts will feel comfortable. This is a lot of points to give a team that’s been playing really good, so when push comes to shove, we might need the favorite here.”

“We’re definitely going to need Houston,” Bogdanovich said. “We have about twice as many straight bets on Syracuse and three times as many parlays. Syracuse is a very big public dog for sure. But Houston has been power ranked through the roof all year long. Power ranking would probably have Houston around 8 or 9, but current form and public perception has it down to 6.5. I don’t if this line will close lower, but I do think Syracuse is live in this game.”

Check out William Hill’s latest odds and trends for every Saturday Sweet 16 spread and total below.