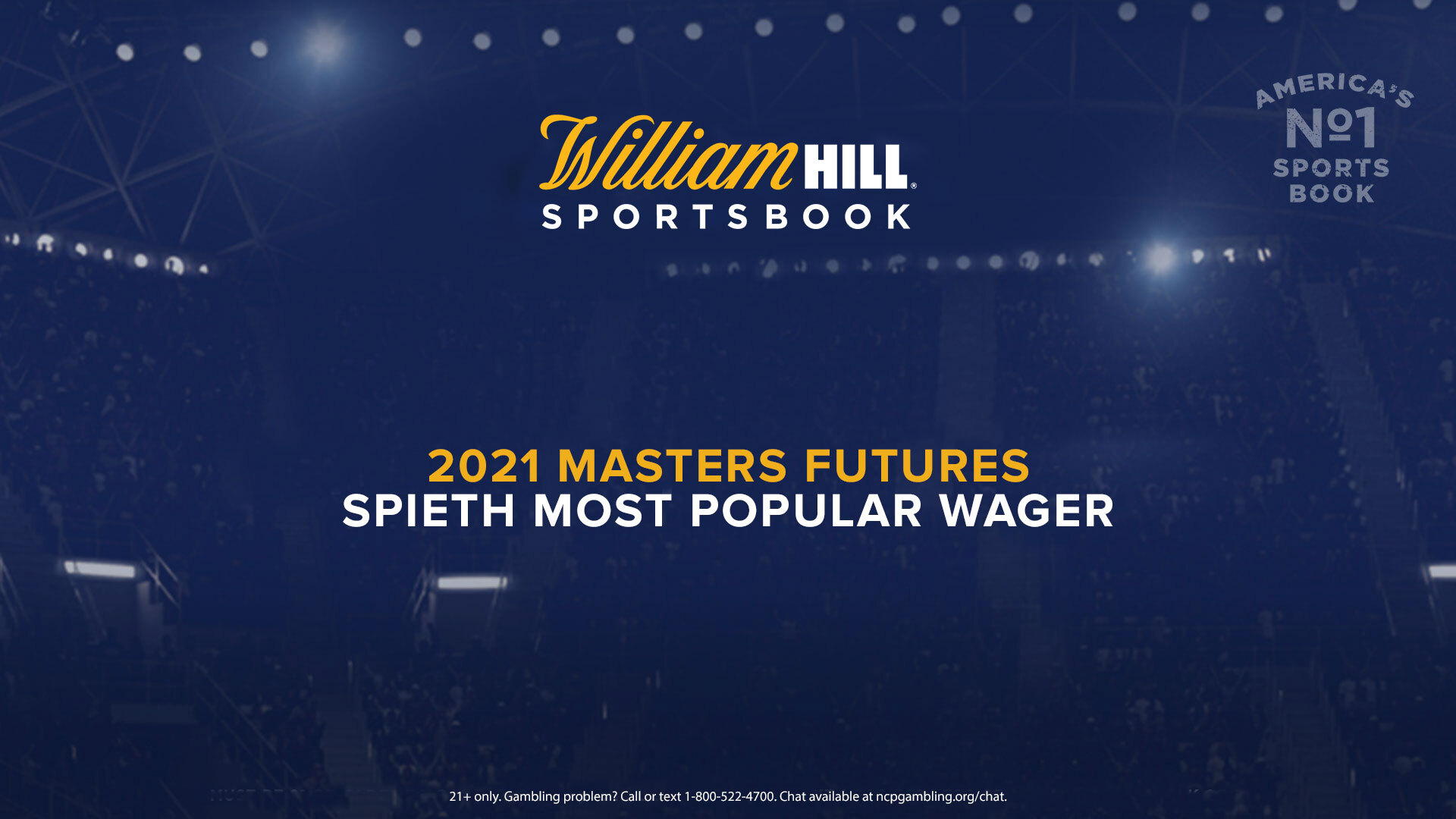 Starting tomorrow, the best golfers in the world will aim to put their name in the history books at the 2021 Masters. But who are William Hill bettors backing to capture a green jacket at Augusta?

After he was a co-favorite yesterday, Jordan Spieth stands alone atop the board at William Hill Nevada at +900. Dustin Johnson and Justin Thomas are tied for the second-lowest odds at 10/1, with Bryson DeChambeau (12/1) and Jon Rahm (13/1) right behind. Rory McIlroy and Patrick Cantlay are next at 17/1 and 18/1 respectively, followed by Xander Schauffele and Collin Morikawa at 22/1 apiece.

“Spieth we still get dismantled with, he’s still No. 1 in tickets and money,” said Nick Bogdanovich, Director of Trading for William Hill US. “Johnson, though, is closing in on him in money pretty fast. The other guy we had major liability on was Sergio [Garcia], but we’ve gotten out of the hole with him. Out of the top guys, Rory [McIlroy] and Xander Schauffele aren’t getting much respect at all, no one is running to the window to bet either one of them.”

After those three, DeChambeau has reeled in 6% of the total dollars wagered, with Rahm and Morikawa lurking at 5% each.

“We’re a small loser with Morikawa right now,” Bogdanovich said. “I dropped him this morning from 25/1 to 22/1. He’s a great iron player, which you need here. But his putting is his problem. When you’re in your early twenties and switching grips, that’s not ideal. On these greens, if it’s firm and fast, you better be putting your ball well this week. So we’ll see if that brings him down or not.”

Among the longer shots, only one golfer with odds of 40/1 or higher has collected at least 2% of both the total number of tickets and total dollars wagered: Sungjae Im (45/1).

Check out William Hill’s latest trends for 2021 Masters futures below.