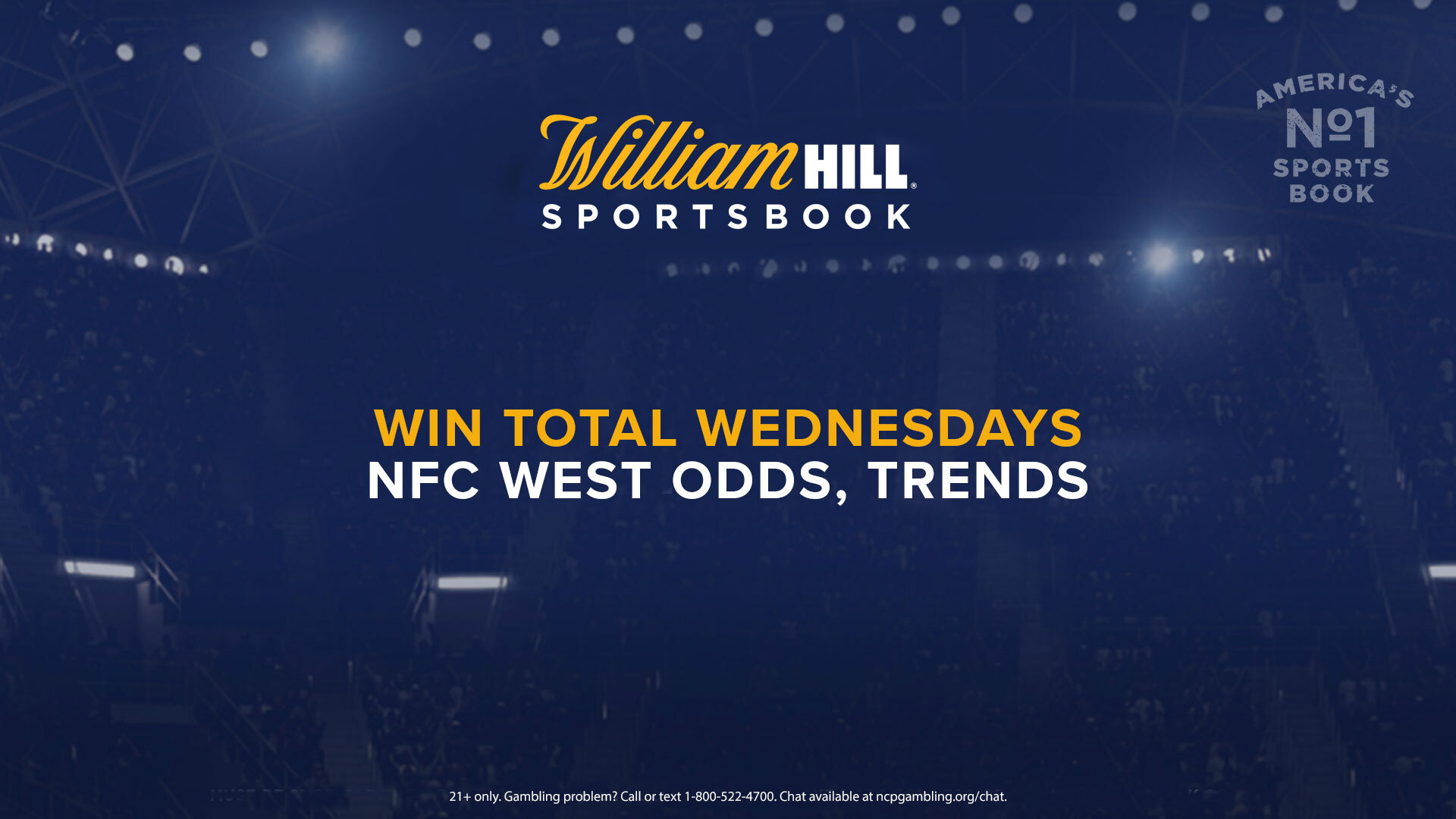 This is the eighth straight week of Win Total Wednesdays, as we’ve analyzed the latest odds and trends for NFL win totals by division. We’ve reached our final destination, as we conclude with the NFC West.

The NFC West is the only division to have three teams with a double-digit win total at William Hill Nevada. Just one other division has two: the AFC North with the Ravens (11) and Browns (10.5). If you add up the win totals for all four teams, the NFC West has the highest combined win total of any division with 39, with the AFC West in second at 38.

The Rams have the highest win total in the NFC West at 10.5 after bolstering their quarterback situation with the offseason acquisition of Matthew Stafford. Los Angeles opened at 10.5, with the under at -125 and the over at +105. Now the over is at -105 with the under still slightly favored at -115.

The NFC West team that William Hill bettors feel is most likely to surpass its win total is last year’s division winner. The Seahawks opened at 10, with the under posted at -125 and the over at +105. Just like the Rams at 10.5, Seattle at 10 has shifted to under -115 and over -105.

Seahawks over 10 leads all NFC West teams in both total number of tickets (77%) and total dollars wagered (73%).

The 49ers finished in last place last season, yet they have the same win total for this upcoming campaign as the reigning division champion Seahawks. Of all NFC teams, no one has a greater differential between last season’s wins (6) and this year’s win total at William Hill Nevada (10) than San Francisco.

The majority of William Hill bettors are expecting a bounce-back campaign in the Bay Area, as the 49ers’ over has captured 71% of the total number of tickets and 60% of the total dollars wagered.

There hasn’t been too much of a change with betting action on that win total since San Francisco took Trey Lance with the No. 3 pick in the 2021 NFL draft, as the 49ers’ over has snagged 73% of the total number of tickets and 60% of the total dollars wagered since Apr. 29.

How strong is the NFC West projected for this season? The team with the lowest win total, the Cardinals at 8.5, still has a higher win total than 50% of the NFC East, NFC North and NFC South.

Many William Hill bettors are banking on Arizona notching its first winning season since 2015, with the Cardinals’ over collecting 76% of the total number of tickets and 58% of the total dollars wagered.

Check out William Hill’s latest odds and trends for every NFC West team’s win total below.