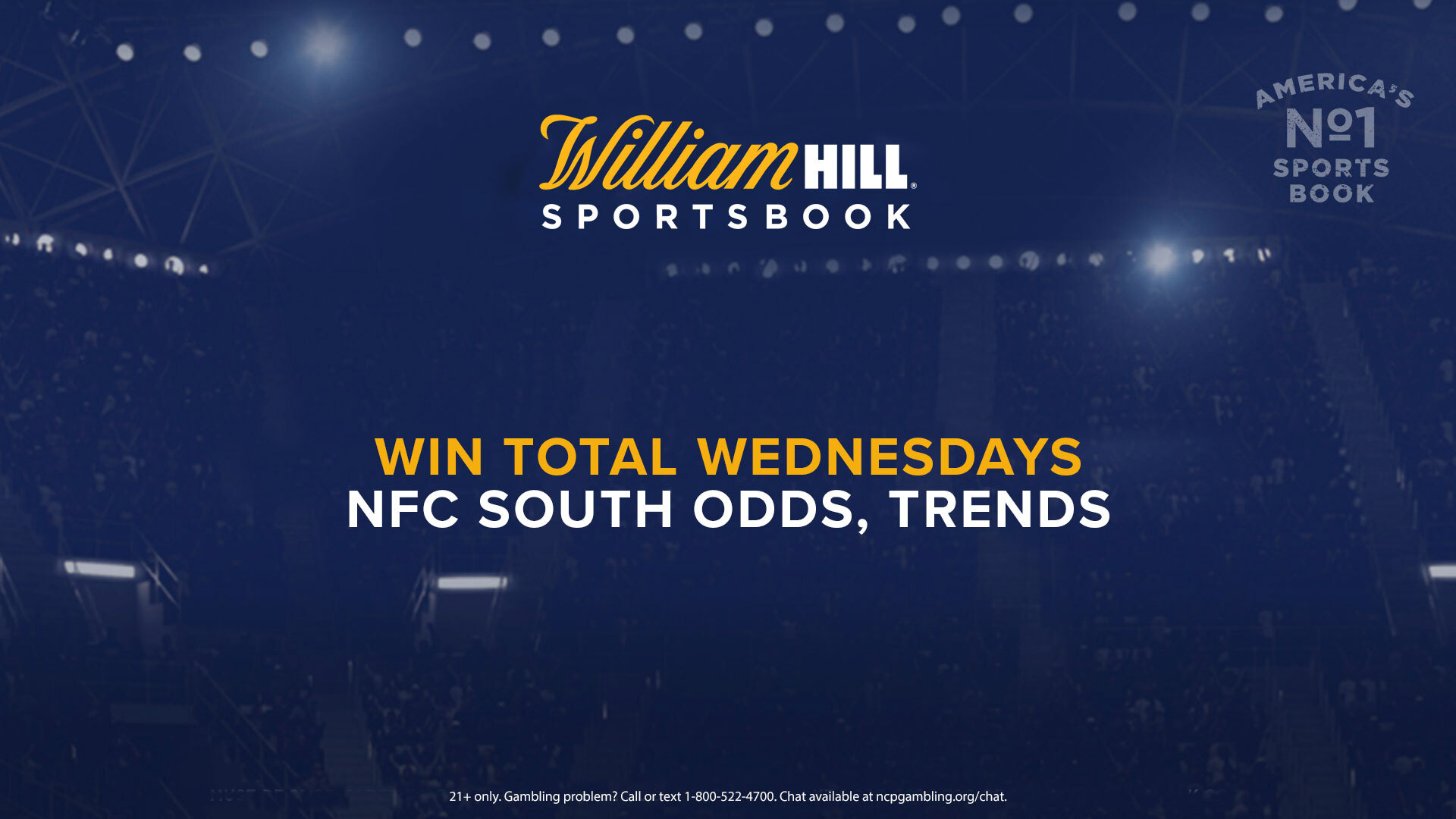 It’s the first Win Total Wednesday of August, as NFL preseason action kicks off this weekend and the regular season begins next month. So let’s look at the division that has the reigning Super Bowl winner, as we dive into the NFC South’s win totals at William Hill Nevada.

The defending champion Buccaneers opened with an 11.5 win total, which was only behind the Chiefs at 12. The under was originally favored at -120 with the over at even-money odds, now the over sits at -135 and the under is at +115.

“Bucs win total has had very good two-way action,” said Nick Bogdanovich, Director of Trading. “Public is definitely on the over and sharps are on the under. Obviously Tampa is going to be one of the most popular teams this year, all their games are going to be bet big. I would say them, the Raiders, Browns and Chiefs, those four are going to have the biggest handles on their games this season.”

The Buccaneers’ win total has drawn the fourth-most money overall, which just trails the Raiders, Vikings and Bears. Tampa Bay over 11.5 has reeled in 67% of the total number of tickets and 62% of the total dollars wagered.

The Buccaneers didn’t even finish in first in the NFC South last season, that division crown belonged to the Saints. The offense has major question marks, however, with uncertainty surrounding who will replace Drew Brees at quarterback and star wideout Michael Thomas recently undergoing ankle surgery.

“It’s a tough blow to lose Thomas,” Bogdanovich said. “Once things like that start happening, they start adding up. Hopefully it’s not a precursor for what’s to come of the Saints season. I still think they’re going to be a winning team, but obviously there are plenty of people out there who don’t think that.”

The final two NFC South teams have a win total of 7.5. Yet, it’s the Falcons that are the only team in the division to have seen their win total number shift.

“We opened Atlanta 7 over -115, it’s up to 7.5 over -130,” Bogdanovich said. “They’ve been betting the Falcons pretty good on the over. Julio [Jones] wasn’t as much as a factor for them with his age and injuries, but I’m still a little surprised about all the action on the over since they’re in rebuilding mode and they’re young pretty much everywhere but quarterback. The number was pretty low though, and they may think that New Orleans could take a step back and Carolina is a mystery.”

Meanwhile, the Panthers’ over has been the most lopsided win total wager in the division. After Panthers over 7.5 opened at +110, it’s now the slight favorite at -115 whereas the under is at +105. Carolina’s over leads the way in the NFC South in both total number of tickets (77%) and total dollars wagered (80%).

Check out William Hill’s latest odds and trends for every NFC South team’s win total below.