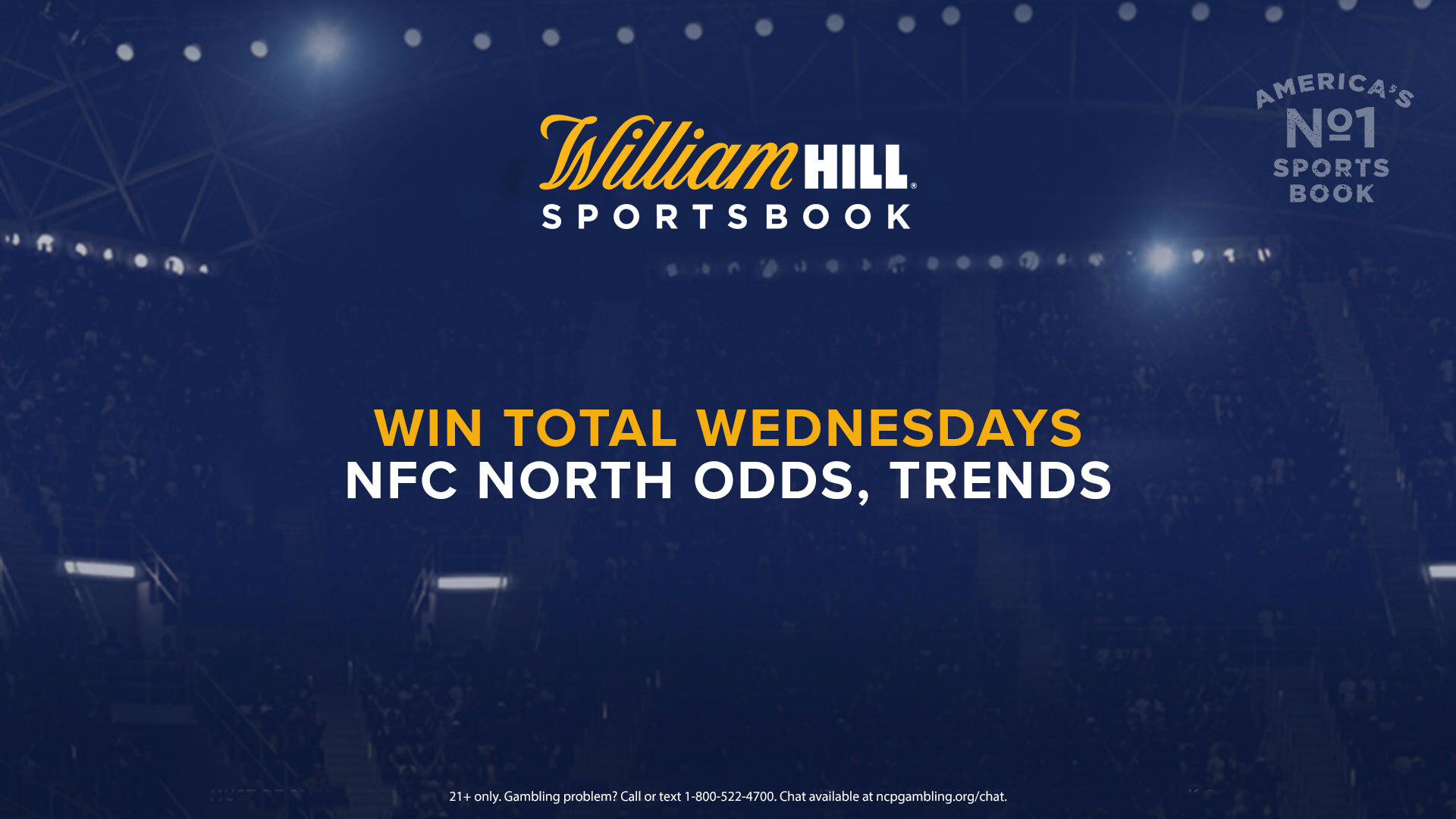 It’s quite fitting that it’s the NFC North’s turn for Win Total Wednesdays this week.

With Aaron Rodgers at training camp, the Packers’ win total has been adjusted once again. The NFC North also features the most popular over bet in the entire NFL as well as the most popular under bet per total dollars wagered in the NFC.

The Packers opened with the second-highest win total in the NFC at William Hill Nevada at 11 (over +105/under -125). Once speculation of their star quarterback wanting out began, though, that number dropped to 9.5 (over +120/under -140). Now Green Bay is back at 10.5, with the over slightly favored at -120 and the under at even-money odds.

“We’ve had two-way action on this throughout the offseason,” said Nick Bogdanovich, Director of Trading for William Hill US. “Now they’re at 10.5 over -120 after they went 13-3 last season. Obviously the pieces are in place for a title run. I’m assuming we’ll need the under at some point. I think the over money for the Packers will be coming in with Rodgers back and their big year last season.”

The one NFC North team whose win total has increased from its opening number is the Vikings. Minnesota opened at 8.5, with the over having a slight edge at -115 over the under (-105). The Vikings are currently at 9 with the over at -120 and the under at even-money odds.

The Vikings have been the most popular over bet at William Hill, with Minnesota’s over leading the entire NFL in both total number of tickets (91%) and total dollars wagered (99%). Only one other team’s over (Bills at 90%) has gotten at least 90% of the total number of tickets, while the Vikings are the only team whose over has gotten at least 95% of the total dollars wagered.

“The over money on the Vikings is frightening,” Bogdanovich said. “This will be a big decision. Percentage-wise, there have been some teams in that neighborhood at this point in previous years, but with the amount of dollars on there it makes this case rare. I love their offensive personnel, but I don’t know quite what Kirk Cousins is and their defense was awful last year. I’m sure a lot of it came with the thought that they would be the best team in the division if Rodgers was traded. But if we don’t get some money soon on the under, we’ll have to move the number up again.”

“Quite a bit of money on the Bears win total, most of it is on the over,” Bogdanovich said. “I don’t know if it was people who thought they would get two easier games against the Packers or if they’re more bullish on the Bears overall. If they improve offensively from last season, they should get to 8. I don’t think the win total would change whether they name [Andy] Dalton or [Justin] Fields the Week 1 starter.”

The Lions have the lowest win total in the NFC at 5 (over -120/under even-money odds), which only surpasses the Texans’ 4 in the entire NFL. Even with the small number, the under has the advantage with 62% of the total dollars wagered, which is the highest mark in the NFC. The over has the edge in total number of tickets, though, at 56%.

“Lions have the second-lowest number, but it’s a complete wreck,” Bogdanovich said. “It’s a whole new coaching staff, new quarterback, new system. But with that, it brings new attitude and sometimes it’s addition by subtraction. They do have a strong offensive line, which is a very good place to start. I think the three most important positions are quarterback, offensive line and cornerback, so having one of those is a start.”

Check out William Hill’s latest odds and trends for every NFC North team’s win total below.