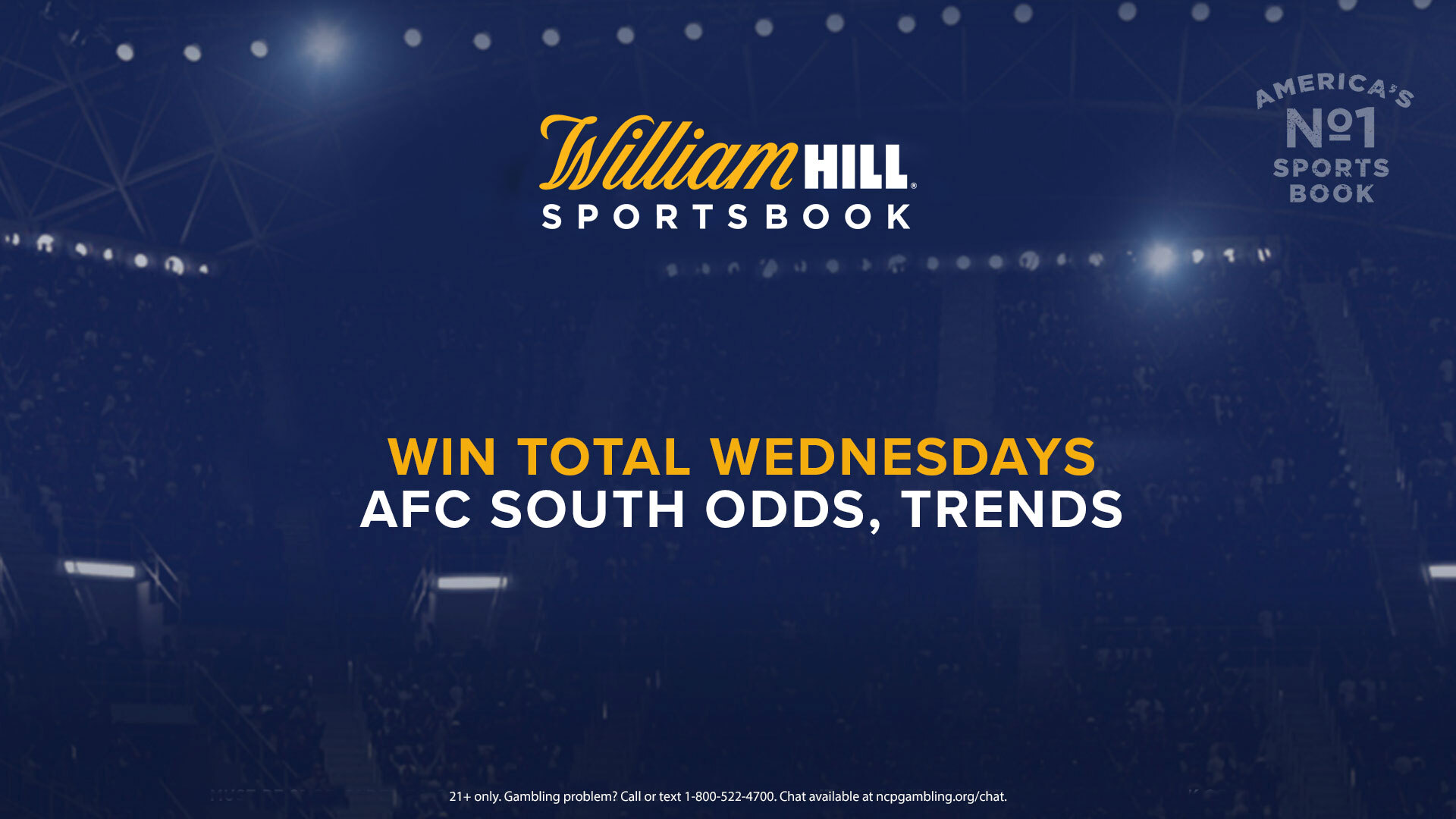 We’ve already covered the AFC East and the AFC North, so now it’s the AFC South’s turn. Not only does the AFC South have the team with the lowest win total at William Hill, it’s the only NFL division with two teams that have a win total of under 7.

The Texans opened with a win total of 5 (over +110/under -130), which was tied for the lowest number in the NFL with the Lions. Houston has since moved down to 4.5, with the under still favored at -160 and the over at +140. The Texans and the Steelers (9 to 8.5) are the only two AFC teams to have experienced a win total decrease thus far at William Hill..

“We’re very high on Texans under,” said Nick Bogdanovich, Director of Trading for William Hill US. “They’ve been one of the top under bets, definitely top 3 in terms of handle. We moved it off of 5, and they’re still betting under at 4.5. Obviously the Texans are a mess—new coach, potentially new quarterback, no J.J. Watt. So who knows how low this number reaches.”

Despite posting the NFL’s worst record last season at 1-15, the Jaguars don’t have the lowest win total in their own division. Now with Trevor Lawrence and Urban Meyer on board, there’s buzz in Jacksonville. After their win total was first released at 6 over -120/under EVEN, the over has since swung to -150 while the under is at +130.

“We’re a little high on Jaguars over,” Bogdanovich said. “I think this is the most interesting team in the league this season. I’m excited to see how the combination of the No. 1 pick and new head coach works out. But their record was so bad last year, you’re asking for a lot of improvement to take that big of a leap. Lawrence is obviously the big question. If he meets the hype, I think they’ll sail over 6.”

Jacksonville’s over has collected 56% of the total number of tickets and 72% of the total dollars wagered. That is highlighted by one Nevada bettor who put $7,250 on Jaguars over 6 (-145) for a total potential payout of $12,250, which is the largest AFC South win total bet taken thus far at William Hill.

The Colts lead the way in the AFC South with a win total of 10 (over -120/under EVEN). Indianapolis has won double-digit games in two of Frank Reich’s first three seasons at the helm, and now he has a new quarterback under center with Carson Wentz. Yet, this is the AFC South win total that has caused the most division among William Hill bettors.

“Professionals are on this under and the public is on the over,” Bogdanovich said. “We’ve gotten good two-way action on this number, so they think we got this one right. Wentz was running for his life the last two years in Philly, so I’m not sure how fair of an indicator it was of his skill level. I think a change of scenery will do him good. He hit the lottery ending up in Indy, it’s just whether he still has anything left.”

While the Colts have wrapped up 63% of the total number of tickets on their over, their under actually holds the edge with 55% of the total dollars wagered.

Check out William Hill’s latest odds and trends for every AFC South team’s win total below.