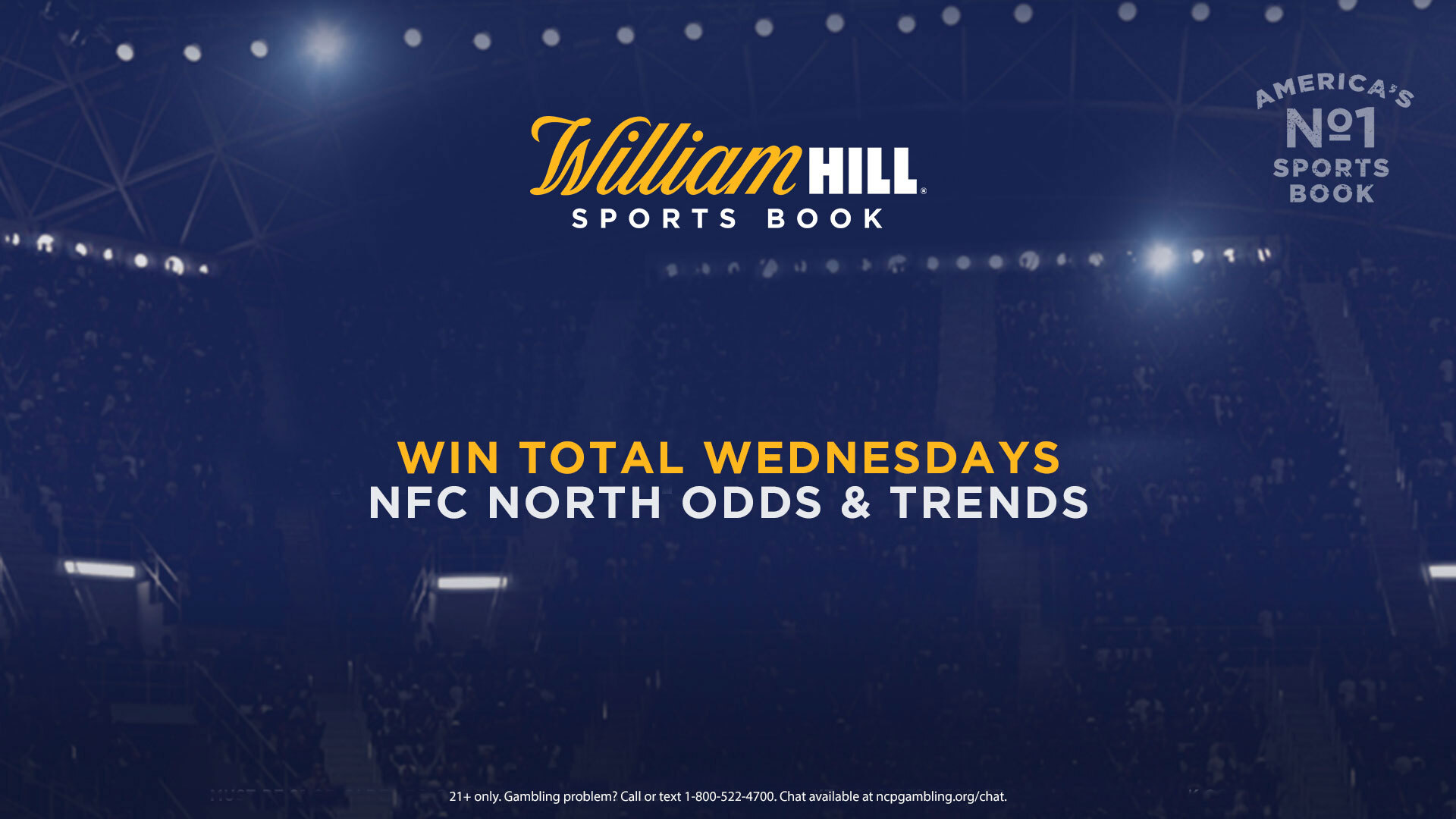 Welcome back to our sixth Win Total Wednesday, where we dive into the current odds and trends of NFL win totals. After previously looking at every division in the AFC along with the NFC East, we move on up to the NFC North.

As of June 24, the NFC North teams have made up 15% of the total number of bets and 16% of the total dollars wagered of all win total bets placed at William Hill.

To summarize the NFC North’s win total data in one sentence: There is not an NFL division with more extreme percentages on teams’ win totals than this one.

Despite capturing the division last season with a 13-3 record, William Hill bettors are dubious on the Green Bay Packers repeating their success.

The Packers’ win total opened at 10, however it has shifted to 9.5 with the under favored at -140. Green Bay’s under has received 51% of the total number of tickets and 86% of the total dollars wagered. Only the Los Angeles Rams (95%) and San Francisco 49ers (87%) have seen a higher percentage of money go toward under their win total.

There isn’t much optimism for the NFC North winner from two seasons ago, either. The Chicago Bears’ win total has dropped a half game from its opening number as well, moving from 8.5 to 8.

Bears under 8 leads the division in total number of tickets (59%) and has the NFL’s fourth-highest percentage of total dollars wagered at 81%.

Overall, 42% of the total dollars wagered and 40% of the total number of tickets of all NFC North win total bets have been on Chicago, both of which top all the teams in the division.

Onto a more positive note, William Hill bettors are optimistic about the Detroit Lions exceeding their win total for this upcoming campaign. Despite back-to-back last place finishes in the NFC North, Detroit over 6.5 is still getting 83% of the total number of tickets and 98% of the total dollars wagered.

At 98%, the Lions’ over is tied for the NFL’s highest percentage of total dollars wagered with the Denver Broncos and their NFC North counterpart, the Minnesota Vikings. Many William Hill bettors believe that Minnesota will reach double-digit victories this season, as Vikings over 9 also leads the division in total number of tickets at 89%.

Check out William Hill’s latest odds and trends below for the NFC North’s win totals, which are available to bet in Nevada, New Jersey and Iowa. Also, stay tuned for next week’s Win Total Wednesday, as we go down to the NFC South.