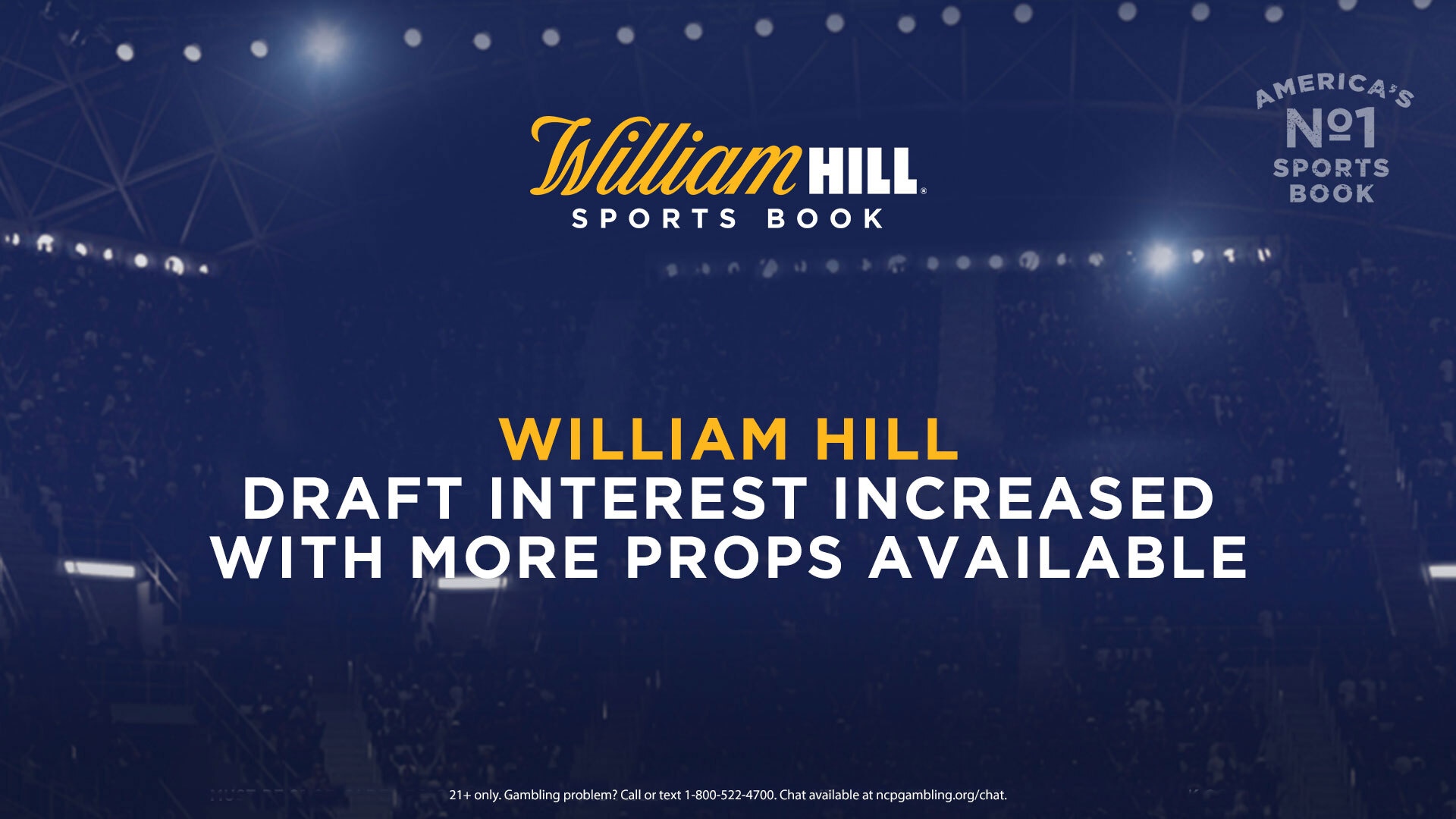 Nevada’s sportsbooks were first allowed to offer NFL draft propositions in 2017. William Hill offered 10 props for the 2017 NFL draft, including how many quarterbacks would be selected in Round 1.

Three years later, William Hill offered 104 props for the 2020 NFL draft in Nevada. Whether it was players’ draft positions, how many first-round picks produced by a collegiate conference, who will be the first wideout off the board or even the position of Mr. Irrelevant, this batch of props covered more areas of the draft than ever before.

Additionally, this is the second year that William Hill has had NFL draft betting in New Jersey. Nevada and New Jersey each released the same 10 props for the 2019 NFL draft, however there were more than 100 unique props that were exclusively offered in the Garden State this time around.

With the increased offering, Nick Bogdanovich, William Hill’s U.S. Director of Trading, has seen a historic level of betting for this draft.

“Nevada’s handle for this draft is around five times bigger versus other years,” Bogdanovich said. “It’s the equivalent of a Thursday Night Football game.”

But is this simply a result of the unique set of circumstances surrounding Nevada and the U.S. overall? With no games taking place in the U.S. due to COVID-19, sports fans have zeroed in on the 2020 NFL draft.

Yet, Bogdanovich has an optimistic view on NFL draft betting markets going forward.

“People really love the draft, there’s just so much interest surrounding it.” Bogdanovich said. “I expect the handle to be similar, or even potentially increase, for next year’s draft.”

With the 2020 NFL draft now over, William Hill has released several rookie props in New Jersey involving Joe Burrow and Tua Tagovailoa. Burrow, the No. 1 overall pick, is +163 to throw more than 27 touchdown passes this upcoming season, which would be a new rookie record. The Bengals’ new signal-caller also has 9/4 odds to be named 2020 Offensive Rookie of the Year.

Tagovailoa, meanwhile, is 15/2 to win 2020 Offensive Rookie of the Year after he was taken fifth by the Dolphins. Tagovailoa is -118 to throw for over 3,300 passing yards this upcoming season and is 9/2 to break the NFL rookie record by surpassing 4,374 passing yards.