UFC 264 Odds, Trends: Bettors Split on Who Will Win Poirier vs. McGregor 3

Home » UFC 264 Odds, Trends: Bettors Split on Who Will Win Poirier vs. McGregor 3 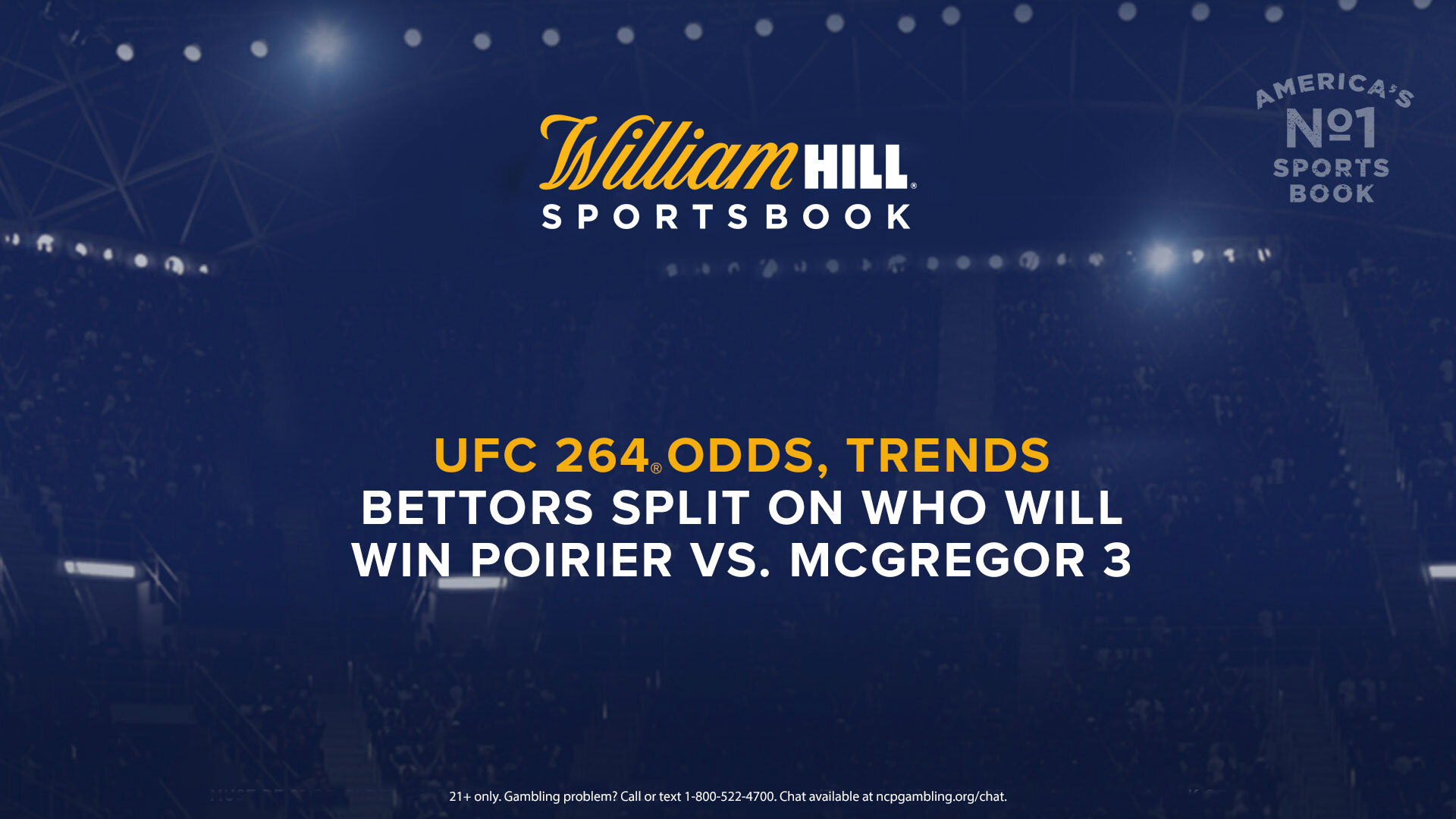 Conor McGregor and Dustin Poirier will face off in the Octagon for a third time, as the two lightweight fighters headline Saturday’s UFC 264 card.

Poirier upset McGregor (-333) as a +275 underdog at William Hill this past January at UFC 257, via TKO in the second round. McGregor won the first fight between the two with a first-round knockout in UFC 178 back in Sept. 2014.

“Poirier and McGregor is going to be a monster handle,” said Nick Bogdanovich, Director of Trading for William Hill US. “Sharps are on Poirier. We opened Conor as a small favorite, now Poirier is -130. McGregor was a huge favorite in his last fight against Poirier [in January]. So how much can you cut it? We opened him near pick’em after he was over three dollars (-300) the last time. The sharps are telling us that we didn’t adjust enough.”

McGregor has the advantage with 62% of the total number of tickets, yet Poirier has the edge with 53% of the total dollars wagered. That is highlighted by one Nevada bettor who staked $52,500 on Poirier -105 for a total potential payout of $102,500, which is the largest UFC 264 wager taken thus far at William Hill.

“There will be McGregor money this weekend for sure,” Bogdanovich said. “I don’t think the masses have quit him completely. At one point, McGregor money was unstoppable. But since he has just one win over the past few years, it’s slowed down some. Poirier is no chump, Conor is going to have to have a serious camp and have his A-game to beat him.”

“O’Malley is a huge draw when it comes to betting,” Bogdanovich said. “His prices are usually so high, so it’s mainly a ton of parlays to him. But his fights still draw a lot of action. This card has so much potential because McGregor-Poirier and Burns-Thompson are huge already, and the public loves to bet O’Malley fights.”

Check out William Hill’s latest odds and trends for every UFC 264 fight below.