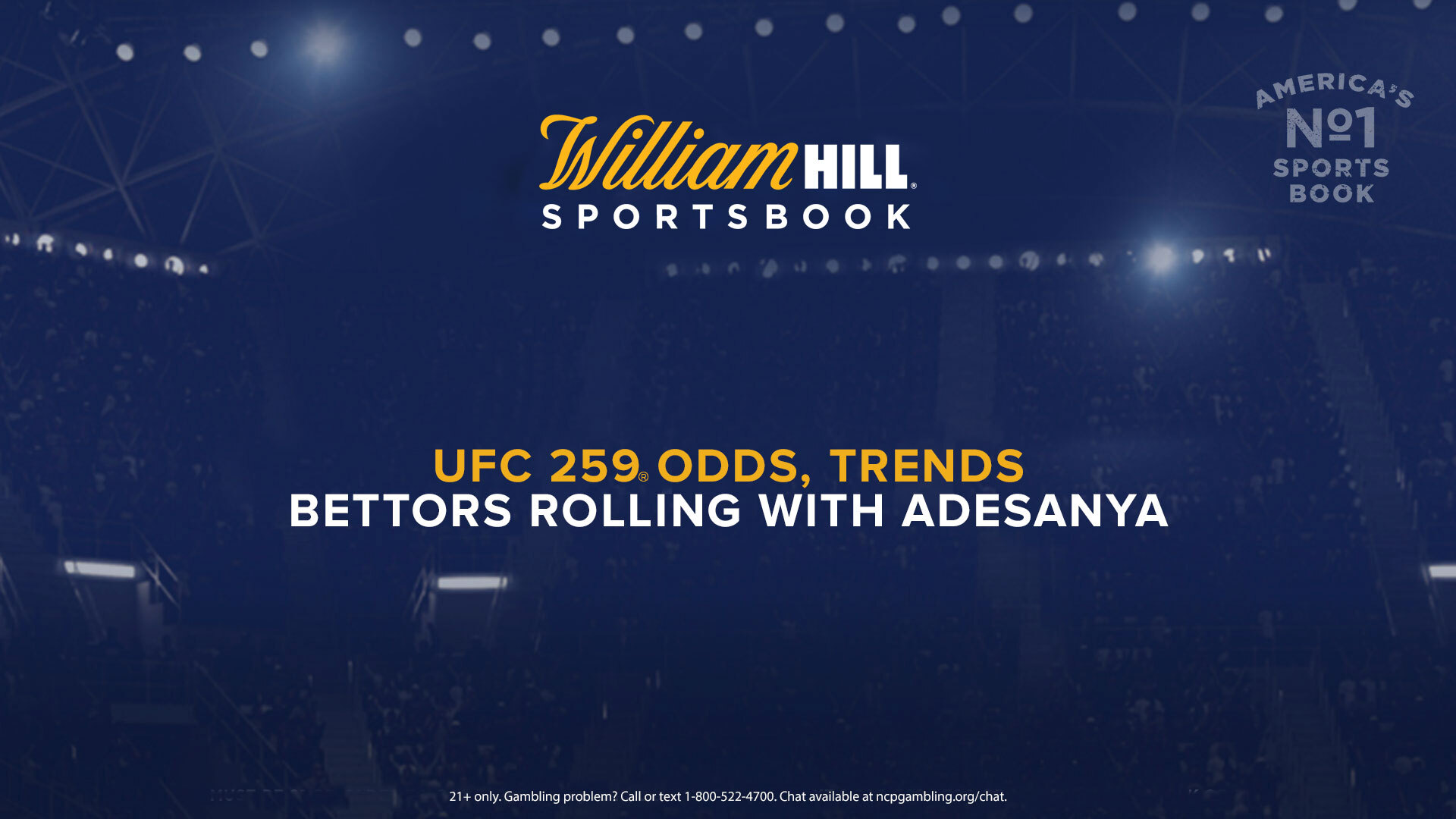 UFC 259 has three title bouts and 15 fights overall, so whether you’re looking for quality or quantity, there will be plenty of both in the Octagon tomorrow.

“It’s going to be a monster handle,” said Nick Bogdanovich, Director of Trading for William Hill US. “Most of these favorites are -220 or less, so there should be a lot of competitive fights. Dana [White] put out a really good card. Bunch of good two-way action on a lot of these fights too. UFC might decide our fate tomorrow instead of basketball for once.”

In the headliner, Israel Adesanya will look to become the fifth UFC fighter ever to be the champion in multiple weight classes at the same time. Adesanya (20-0) already holds the middleweight title belt, and he’ll be coming for the light heavyweight title against current champion Jan Blachowicz (27-8).

“We need Blachowicz pretty good right now,” Bogdanovich said. “Adesanya came in several pounds below weight, and they still don’t care. They must think that him being light will work out in his favor. When push comes to shove, we’ll probably end up with more straight bets on the dog and a ton of parlays on Adesanya.”

Adesanya has captured 58% of the total number of tickets and 84% of the total dollars wagered among all moneyline bets against Blachowicz. The favorite has also attracted the biggest UFC 259 wager thus far at William Hill, as a Nevada bettor placed $13,293.60 on Adesanya -255 for a total potential payout of $18,506.75.

Amanda Nunes, one of the four UFC fighters in the aforementioned exclusive double champion club (Conor McGregor, Daniel Cormier and Henry Cejudo are the others), will defend her featherweight title against Megan Anderson. Nunes (20-4) opened as heavy -1300 chalk while Anderson (11-4) was at +800. Now Nunes has dropped to -1100 and Anderson is listed at +700.

“It’s possible that Nunes can drop down even more,” Bogdanovich said. “I think you could see -900/+600 or -800/+550, somewhere in that area. Straight bets are mostly on Anderson, with a bunch of parlays on Nunes. Even with the line as high as it is, Nunes is such a big name that this fight will still be highly bet.”

The bantamweight title fight between champion Petr Yan (15-1) and No. 1-ranked contender Aljamain Sterling (19-3) has the tightest line on the card as of now. After first being displayed at -135, Yan has fallen to -115 whereas Sterling currently resides at -105.

Check out William Hill’s latest odds and trends for every UFC 259 fight below.