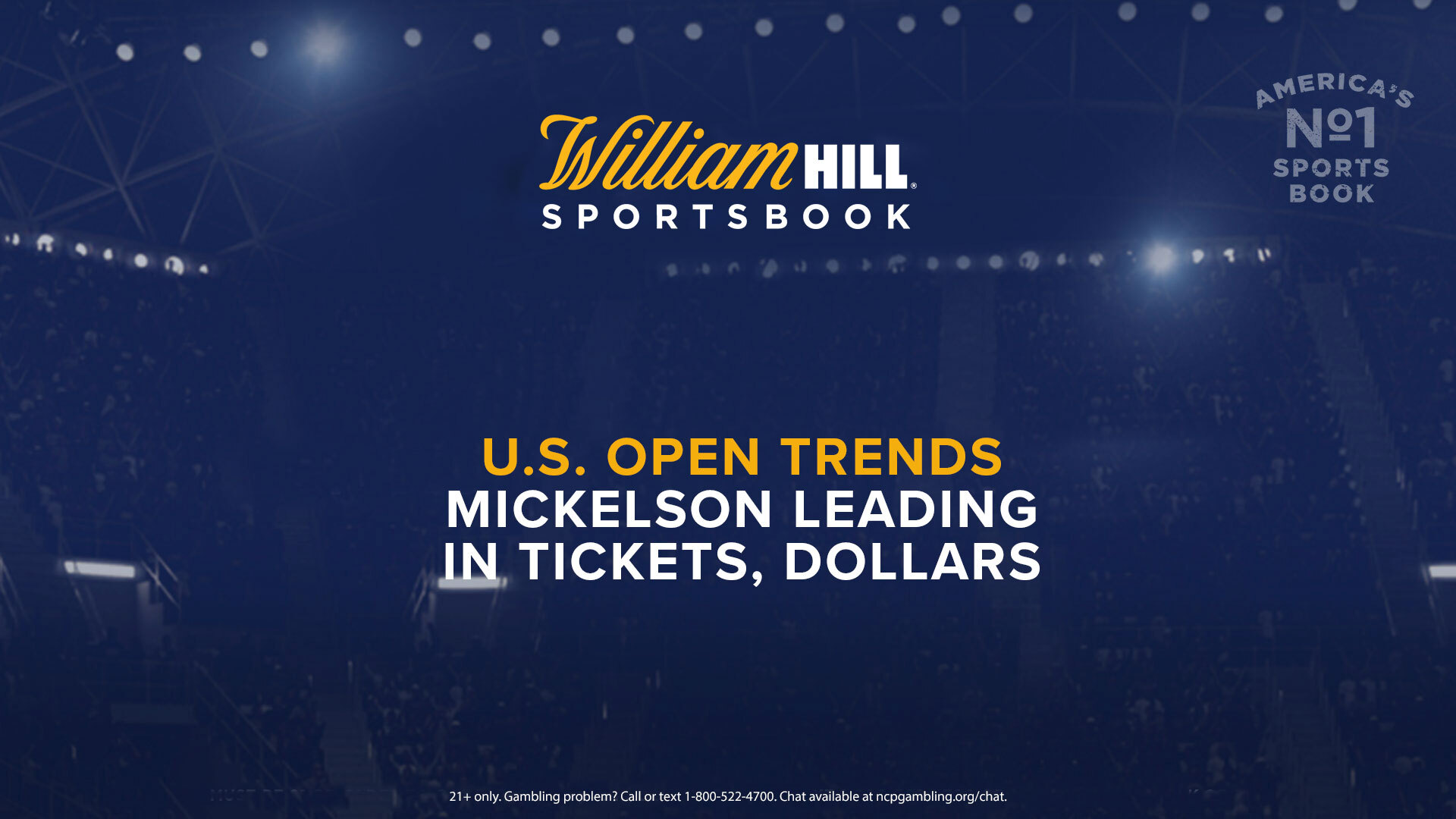 Phil Mickelson notched a historic win at the PGA Championship less than a month ago, and many William Hill bettors think that the 51-year-old won’t slow down at this week’s U.S. Open. Mickelson, who is from San Diego, will be right on his home course at Torrey Pines.

“Mickelson is leading tickets by a landslide now and he’s got the most money now too,” said Nick Bogdanovich, Director of Trading for William Hill US. “The liability is at seven figures and counting. You’d think the lower number on Mickelson would slow them down, but that hasn’t been the case at all. I think this will end up going past the Tiger [Woods] number at the [2019] Masters.”

Meanwhile for total dollars wagered, Mickelson and Koepka have each attracted 9%. Rahm is right behind at 8%, followed by Schauffele at 7%.

Interestingly, there are several big-name golfers near the top of the odds board that don’t rank inside the top-5 in either category, including Dustin Johnson (16/1), Bryson DeChambeau (17/1), Rory McIlroy (22/1) and Justin Thomas (23/1).

“We’re not selling any tickets on Rory, Dustin Johnson, Justin Thomas and Bryson DeChambeau,” Bogdanovich said. “Those four big guys mainly, we’re okay with Spieth as well. I get it, the dollars had to go somewhere. Rory, JT and DeChambeau are all in bad form. Spieth doesn’t match up well with this course. DJ played well last week, I’m surprised his odds are so high and he isn’t drawing much.”