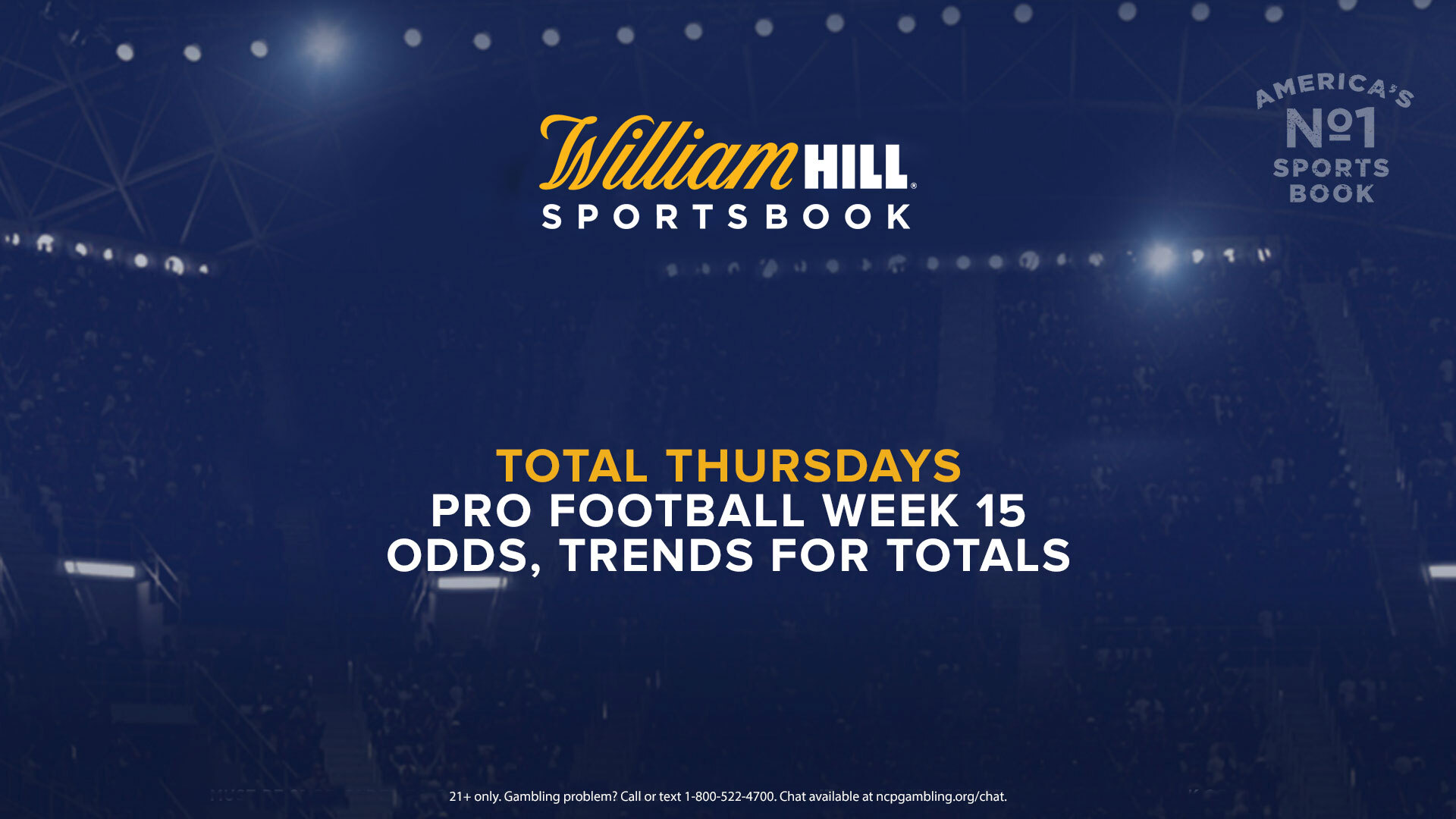 For the first time this season, unders have overtaken overs. Unders went 11-5 in Week 14, marking the fifth straight NFL week that the majority of games have gone under the total. After a hot start to the season for overs, unders now lead the way with a 104-100-4 (51%) record overall.

“There are usually about 3-4 key games with the total each week, and how we do with those is the key,” said Nick Bogdanovich, Director of Trading for William Hill US. “But we’ll always sign up for more unders than overs. Usually weather is a factor this time of year, injuries are a factor, a lot of film and the numbers were probably pumped up a little higher because the year started off so high-scoring. So a combination of all those factors is probably why unders have been rolling lately.”

So is Week 15 when William Hill bettors think overs will bounce back?

“The Bills have been playing a lot of high-scoring games this year, they’re just an over team,” Bogdanovich said. “They go fast. Denver’s got their moments too. I’m assuming the weather is good in Denver if they’re betting it over like that. It’s also because any isolated game, you’re going to get a lot of over money.”

The most popular over bets in terms of total dollars wagered are Jaguars at Ravens (47.5) with 99% followed by Bears at Vikings (47) with 97%. For total number of tickets, though, the most popular over is Chiefs at Saints (51.5) with 88%. In fact, Chiefs at Saints is the only Week 15 over to be generating at least 80% in both categories, as it’s also bringing in 82% of the total dollars wagered.

“The Saints are an under team, Kansas City’s obviously an over team,” Bogdanovich said. “We’ll see what gives. The Chiefs had no problem going over against Miami last week. I think the Saints will be able to score a good amount this week, I really do. I think [Taysom] Hill will play pretty good and I think [Michael] Thomas and [Emmanuel] Sanders can do some damage. It’s an incredible matchup, that’s for sure.”

“They’re just expecting the Rams to go up by a couple touchdowns and run the rest of the way,” Bogdanovich said. “That’s the obviously the handicap there. You’d think one of these days the Jets won’t turn the ball over and won’t miss three field goals. A total of 44 is already pretty low and there isn’t a lot of room for error. It does look like an under game, though.”

Check out William Hill’s latest odds and trends for every available NFL Week 15 total below.