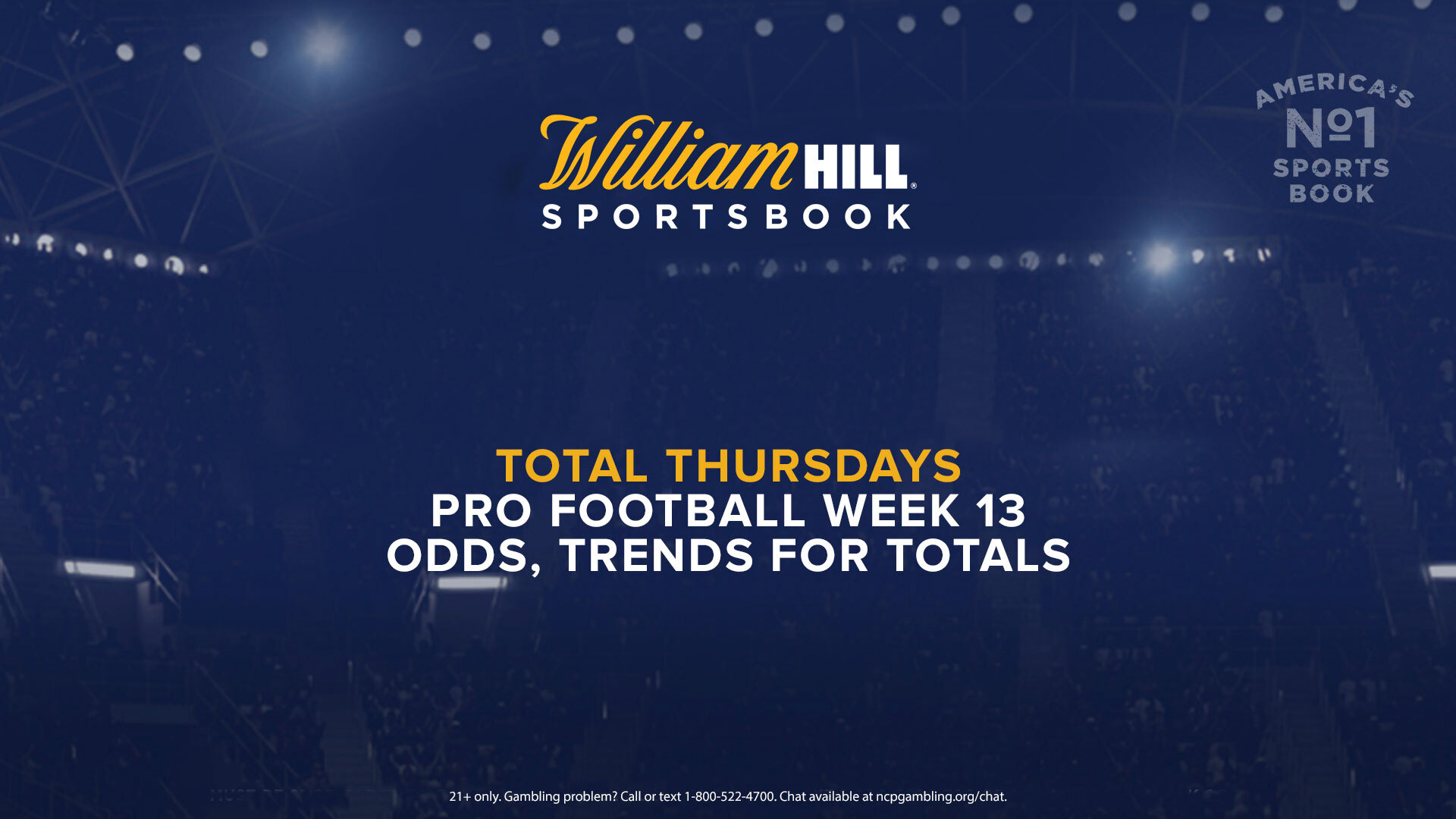 Of the 13 NFL Week 13 games currently up at William Hill (Washington vs. Steelers and Cowboys vs. Ravens are off the board), only four of them have totals in the 50s. For comparison, eight of the 16 NFL Week 12 totals closed at 50 or above.

“I was very surprised by how much the total for Colts-Texans has moved,” said Nick Bogdanovich, Director of Trading at William Hill US. “This is a Colts defense that has looked quite vulnerable the past two games against the Packers and Titans. I’m expecting a high-scoring game here, but the professionals acted fast once it opened at 54.5. Their algorithms made it lower so they played the under, standard operating procedure for them.”

The Colts vs. Texans under has received 96% of the total dollars wagered, the most lopsided betting action on any Week 13 total thus far at William Hill. One other under is right behind, as Lions vs. Bears (44.5) has generated 95% of the total dollars wagered. That includes two $2,200 wagers on Lions vs. Bears under 45 (-110) for total potential payouts of $4,200 apiece, which are the largest bets on any Week 13 total as of now at William Hill.

“Yeah the Bears offense has been putrid, but it’s counterbalanced by Detroit, whose defense is so horrific,” said Bogdanovich. “They also fired their coach, so they’re in disarray. Chicago’s offense might look like Alabama’s this week. So that’s a tricky one, and you’ve got to factor in weather too. A lot of moving parts there.”

Colts vs. Texans and Lions vs. Bears are two of the six Week 13 games where the majority of the total number of tickets are on the under. Browns vs. Titans (54) leads that group with 65% in that category.

“Obviously to me, Tennessee’s a dead over team and Cleveland’s a dead under team,” Bogdanovich said. “It’s definitely one of the more interesting games this week. We’re going to see what gives: the high-octane offense of Tennessee or the ground-and-pound in Cleveland.”

Check out William Hill’s latest odds and trends for every available NFL Week 13 total below.