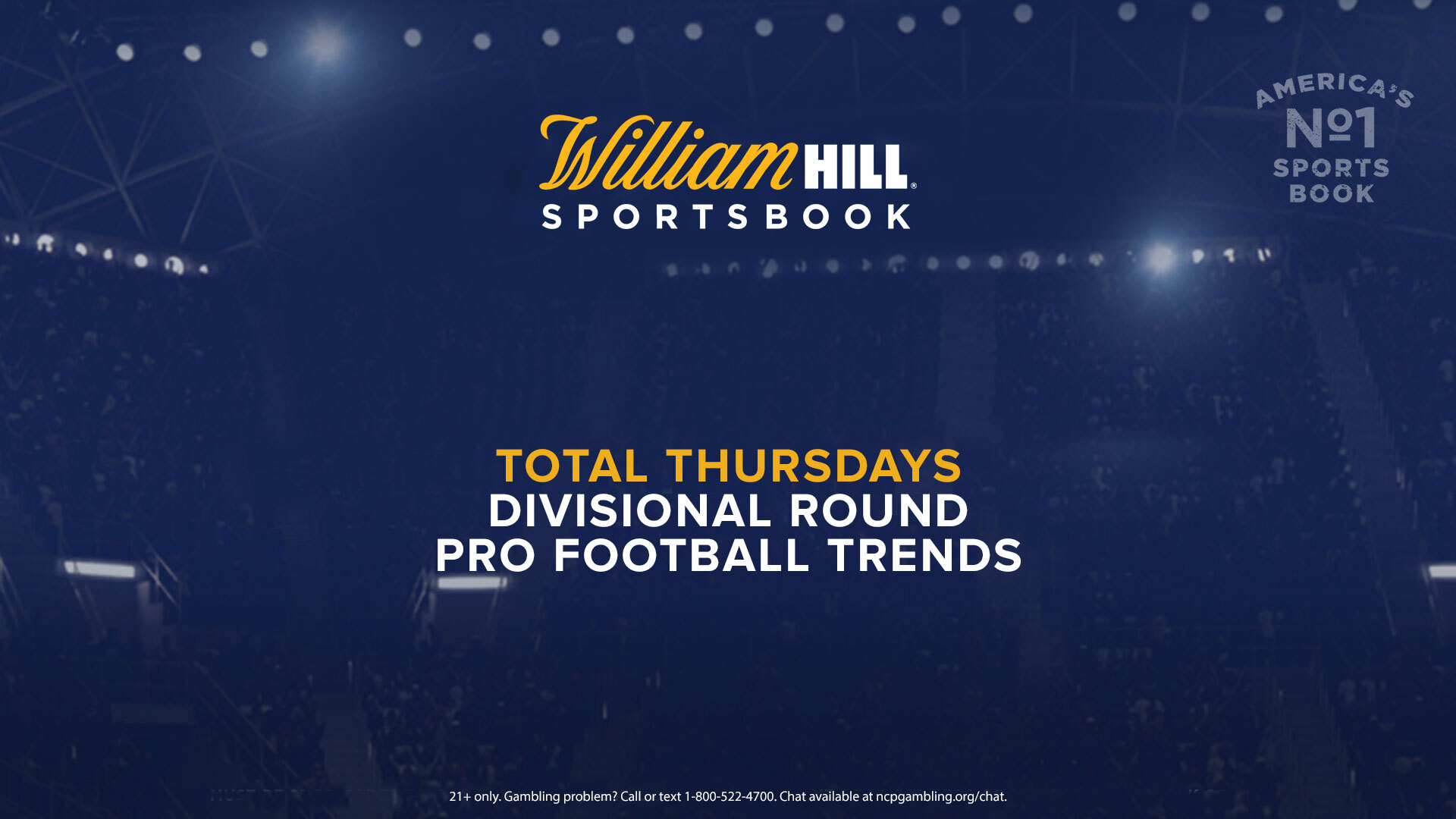 Overs cashed in the majority of Wild Card Weekend games at William Hill. Based on the early betting trends, William Hill bettors are expecting a similar pattern for the Divisional Round.

Four of the six Wild Card contests went over the total, including a Sunday night points explosion between the Browns and Steelers. The total for that showdown closed at 47.5, and Cleveland surpassed that number on its own after a 48-37 upset victory.

Now the Browns head to Kansas City to take on the Chiefs on Sunday, and the total for this matchup is the highest of any Divisional Round affair. After opening at 55.5 at William Hill, it’s already up to 57.

“People remember what they saw last, and they saw a Browns team that wasn’t stopping Ben [Roethlisberger] and a team that was moving the ball on Pittsburgh,” said Nick Bogdanovich, Director of Trading for William Hill US. “Then there’s Kansas City, they’ll be well-rested with every gimmicky play you can image. They’ll be running shovel passes and end-arounds, they’re very creative. I can understand the move on this total, and they’ve been betting the over non-stop.”

The over for Browns at Chiefs is also attracting 87% of the total dollars wagered, which leads all games this weekend as of now, as well as 72% of the total number of tickets. That includes one Nevada bettor who placed $11,000 on Browns at Chiefs over 56 (-110) for a total potential payout of $21,000, the biggest Divisional Round total wager thus far at William Hill.

The other Divisional Round clash with a total that has increased is the Sunday head-to-head between the Buccaneers and Saints. That total has had the biggest shift of any game this weekend, as it’s moved from 50 to 52. The over for Buccaneers at Saints leads the way in total number of tickets at 77%, and it has also brought in 68% of the total dollars wagered.

“I’m not surprised by this move,” Bogdanovich said. “It’s a fast surface indoors, so both offenses should be clicking. Tampa’s defense has fallen off, I mean Washington moved on Tampa. The Sunday games look like two dead overs to me.”

The first contest of the weekend features the total where William Hill bettors are most divided on in terms of total dollars wagered. The total for Rams at Packers has fallen to 45.5 from 47, the only one that’s dropped of the four this slate. The over has the slight edge in total dollars wagered at 51%, while that side also has the advantage with 73% of the total dnumber of tickets.

The over for Ravens at Bills (50) has also captured the majority of the total number of tickets (71%) and total dollars wagered (59%). These two teams were also involved in the two highest totals for Wild Card Weekend, with Colts at Bills (50.5) barely squeaking over after a 27-24 Buffalo win and Ravens at Titans (53.5) easily going under with Baltimore ending up on top 20-13.

Check out William Hill’s latest odds and trends for every Divisional Round total below.