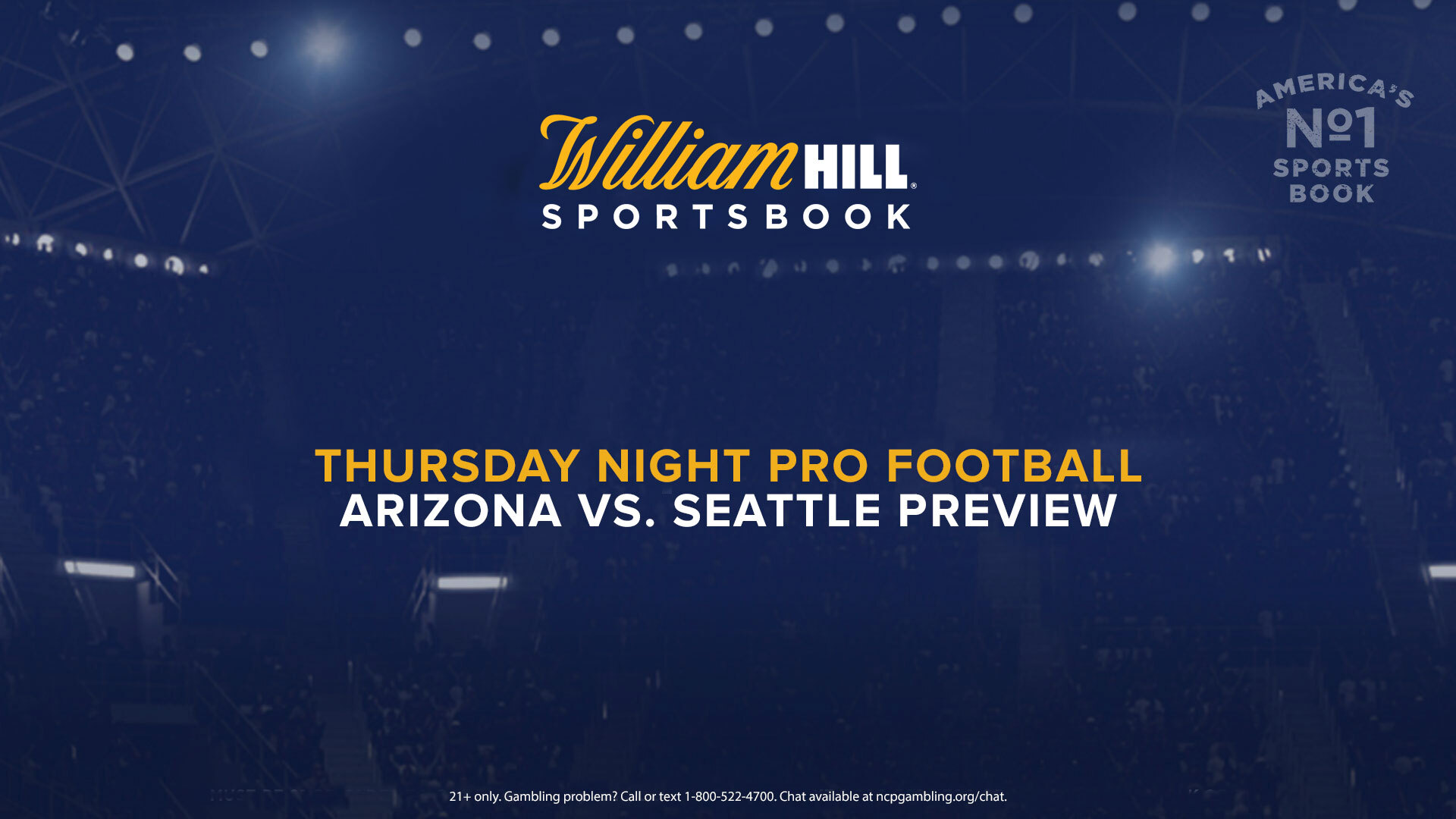 First place in the NFL’s toughest division is on the line tonight, as the 6-3 Cardinals head up north to take on the 6-3 Seahawks in Seattle.

The Seahawks opened as a 4-point favorite at William Hill in this NFC West showdown, though now they’re -3 (EVEN) on the spread and -155 on the moneyline. The Cardinals are +135 to pull off the outright upset while the total sits at 57.

The headliner in this one is the battle of star quarterbacks. Seattle’s Russell Wilson is currently the 2/1 co-favorite with Patrick Mahomes at William Hill to win MVP, while Arizona’s Kyler Murray has the sixth-lowest odds at 10/1.

“It just depends on how well they play,” said Nick Bogdanovich, Director of Trading for William Hill US. “If they both have a decent game, their odds won’t change much. But if someone has a monster game, it’ll definitely help their case. With the way these two defenses have played, it wouldn’t surprise me if one of the two, if not both, had a good game.

“I think a great game for Murray could get him back closer to the hunt, but what Russ has done so far has been amazing and you can’t discount Mahomes and [Aaron] Rodgers. I think Russ is far ahead of Kyler, Kyler would need a real big game and Russ would need an average one to even get near Russ.”

The total for Cardinals vs. Seahawks opened at 57 and then reached as high as 58.5. It fell back to its original number, however, even though 68% of the total number of tickets and total dollars wagered are on the over.

“The professionals pushed this total down lower for whatever reason. It is a high number,” said Bogdanovich.  “It’s also supposed to rain up there tonight, no shock it’s Seattle. Temperature seems ok, wind doesn’t seem bad, so it could be a little slick out there. That weather is an edge for Russ, he’s had quite a few games in those conditions while I’m not sure if Kyler has. The conditions may not be too bad, but the outdoor weather element Russ has seen a million times more.”

Check out William Hill’s latest odds and trends for Cardinals vs. Seahawks below.