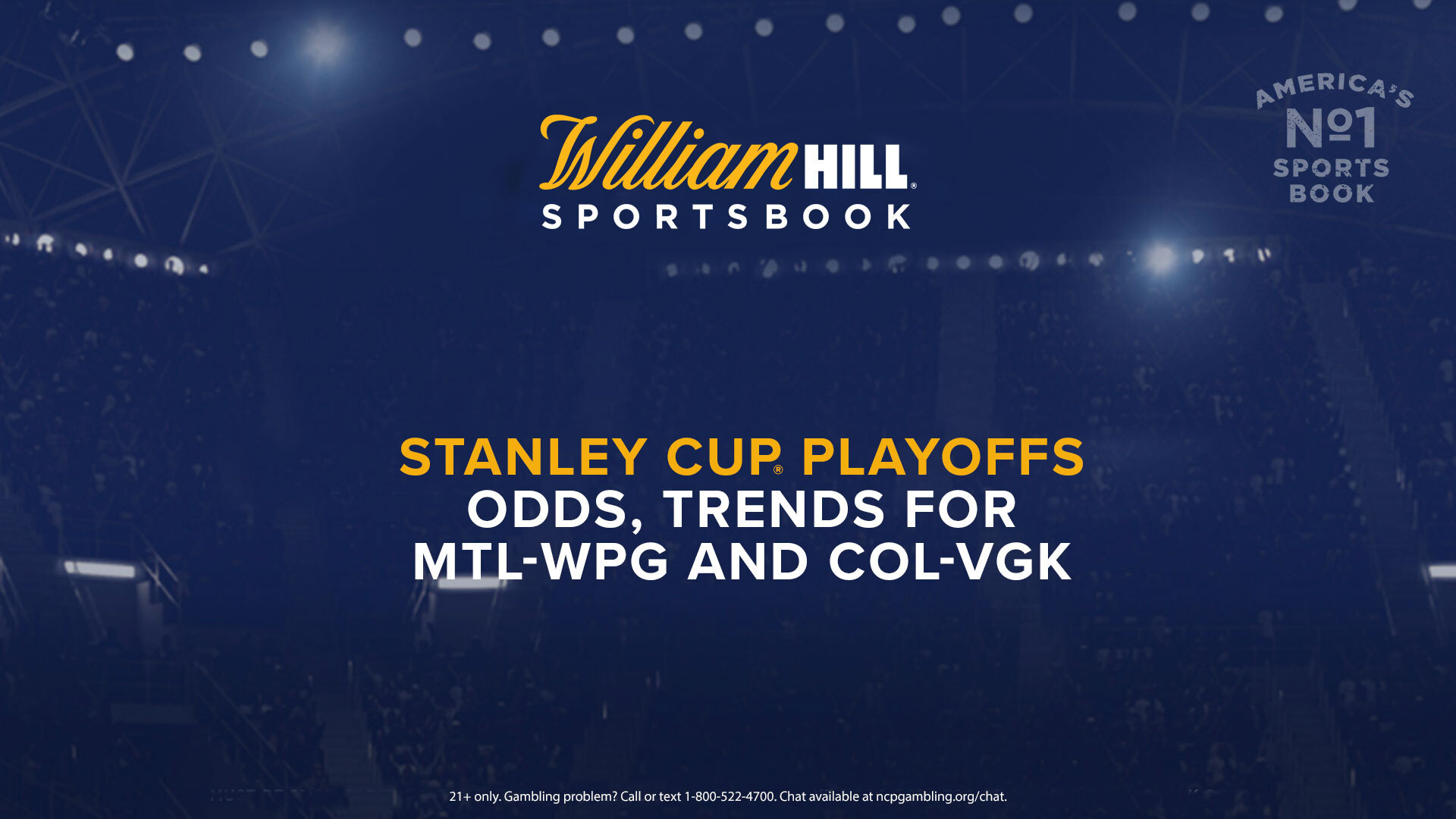 Just eight teams remain in the quest for the Stanley Cup, with four of them looking to inch another win closer tonight to the most prestigious trophy in sports.

Two of the biggest longshots heading into the Stanley Cup Playoffs at William Hill are squaring off in Winnipeg at 7:30 p.m. ET/4:30 p.m. PT. The Canadiens were listed at 50/1 on May 14 at William Hill Nevada, while the Jets were tied with the Predators for the highest odds at 60/1.

After each team pulled off an upset in the first round, the Canadiens took Game 1 on the road by a 5-3 score. The Jets will look to even things up at home, where they are slight -115 moneyline favorites against the Canadiens (-105 ML) in Game 2. The total is at 5.5, with the under favored at -135 and the over at +115.

“We had a real good decision in Game 1, we needed the Canadiens pretty good because of all the Jets money,” said Nick Bogdanovich, Director of Trading for William Hill US. “We’re a little high on the Jets right now. But I think due to the fact that Montreal is rolling and [Mark Scheifele] got suspended, that will slow down any Winnipeg flurry of action.”

On the other end of the spectrum, the two teams that entered the postseason with the lowest Stanley Cup odds are also up against each other this round.

The Golden Knights were atop the board at William Hill Nevada on May 14 at +350, with the Avalanche close behind at +450. Now with Colorado up 2-0 in this series after an overtime triumph in Game 2, the Avalanche are the +115 favorites and the Golden Knights are tied for the fourth-lowest odds at 14/1 with the Hurricanes and Canadiens.

“Tonight is going to be a huge decision for us if it keeps going the way it is,” Bogdanovich said. “We’ve got a small mountain of money on the Golden Knights. This has the potential to be a bigger decision than that Game 7 [against the Wild]. It’s a much more attractive matchup, it’s maybe the two best teams in the league. And they’re going at it after coming off an epic Game 2. So this one has a chance to write some huge money.”