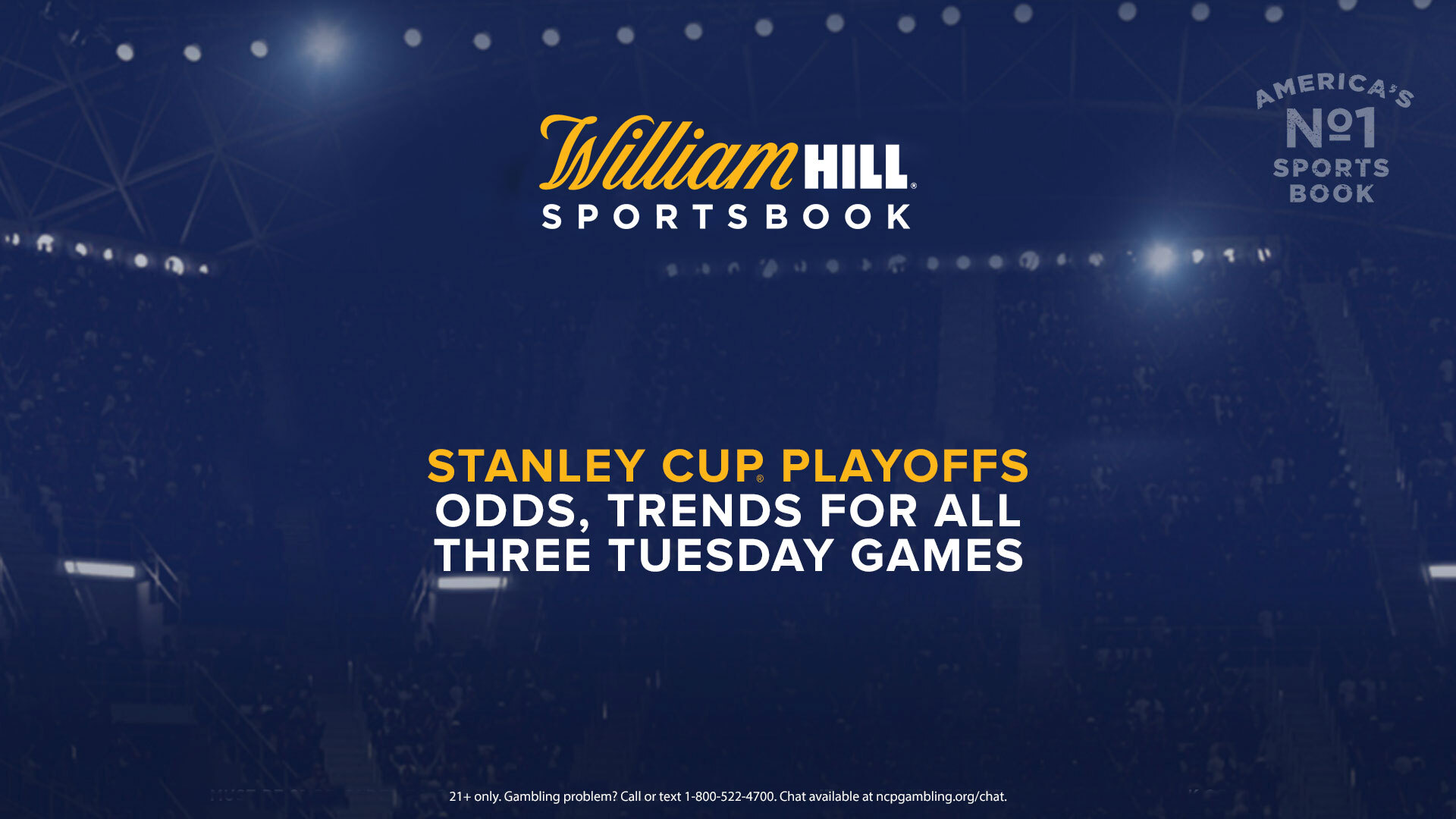 The Stanley Cup Playoffs have gotten off to a roaring start, as four of the first seven contests have been decided in overtime.

There are three Game 2s on the docket for tonight, and every home team is looking to even up the series. Each of those Game 1s was down to the wire, with all three of them being decided by one goal.

After the Golden Knights dropped their first game to the Wild on Sunday, Vegas went from being the +350 Stanley Cup favorite at William Hill Nevada to now having the fourth-lowest odds at +700. The Avalanche currently lead the way at +350, followed by the Lightning at +500 and the Maple Leafs at +650.

“The handle has been rock solid for NHL playoffs,” said Nick Bogdanovich, Director of Trading for William Hill US. “Golden Knights-Wild was by far the biggest of any Game 1. The public lost that one, but the sharps were on the dog, so they won that. But the masses do bet the underdogs more in the NHL playoffs than any other sport for sure.”

Tonight’s first matchup takes place between the Islanders and Penguins at 7:30 p.m. ET/4:30 p.m. PT. Kyle Palmieri was the hero for New York in Game 1 after scoring the game-winning goal in overtime. Pittsburgh is the -140 favorite at William Hill for Game 2, while the Islanders are +120 to pull off another road victory.

Game 1 between the Lightning and Panthers was the highest-scoring affair so far this postseason, with Tampa Bay eking out a 5-4 win. The two in-state foes will meet up at 8 p.m. ET/5 p.m. PT, and it’s presently priced as a pick’em for who will come out on top. This clash also has the highest total on the board tonight at 6.

The final head-to-head of the evening is the Golden Knights hosting the Wild at 10 p.m. ET/7 p.m. PT. Minnesota stunned Vegas 1-0 in overtime this past weekend to race out to an early lead in the series. The Golden Knights are -170 chalk this time around, whereas the Wild are +150 and the total is set at 5.5.