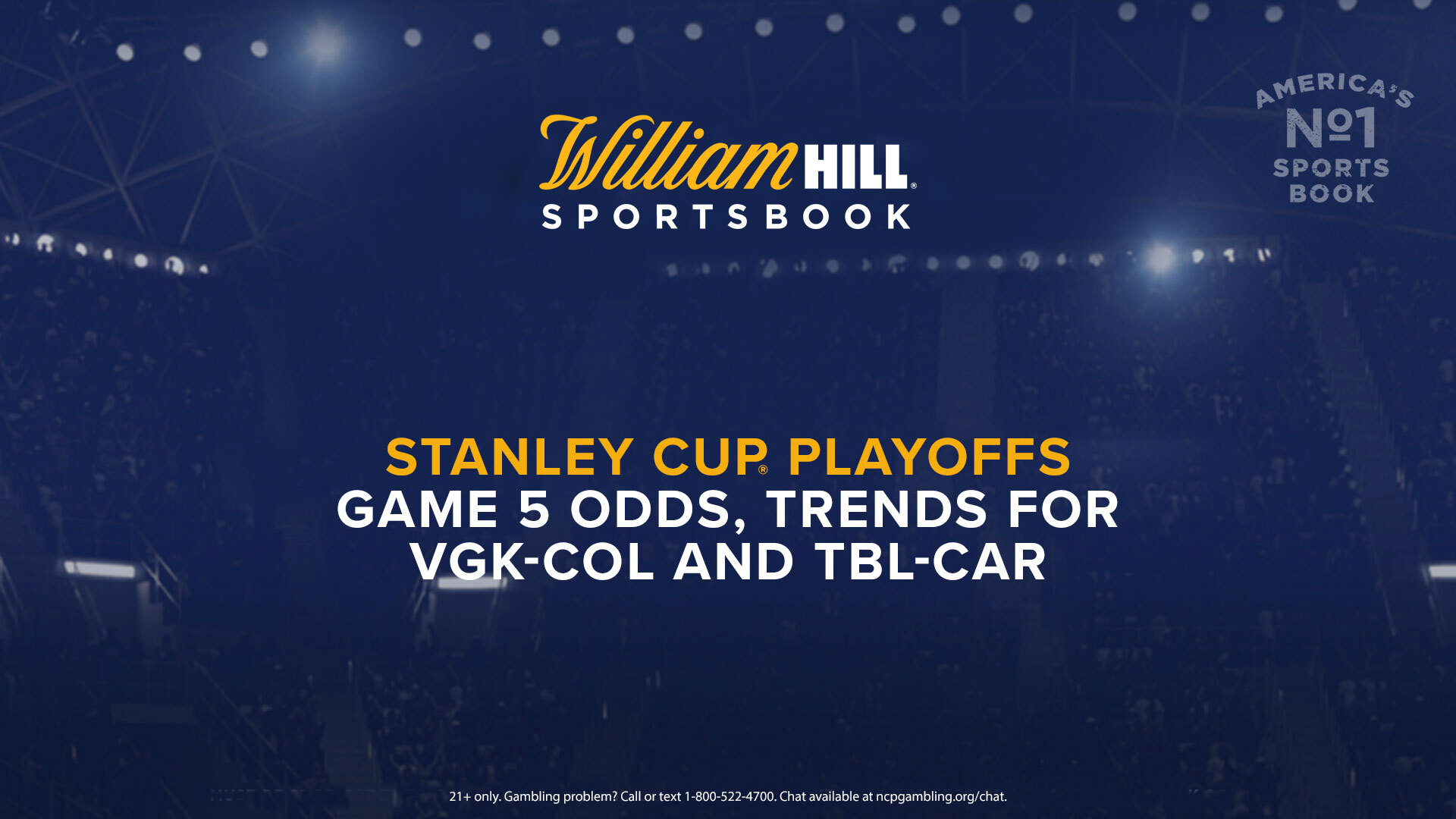 While it’s not quite Game 7, Game 5 between the Golden Knights and Avalanche could be the most pivotal contest so far of the 2021 Stanley Cup Playoffs. The two West Division foes each swept their home affairs to deadlock the series at two, with the winner of tonight’s showdown (9 p.m. ET/6 p.m. PT) in Colorado staring at a 3-2 edge.

The Golden Knights entered the postseason as the +350 Stanley Cup favorites at William Hill Nevada, followed by the Avalanche at +450. Now Colorado is atop the board at +220, with the Lightning right behind at +240 and the Golden Knights at +300. But make no mistake, the winner of this series will be the favorite to hoist the greatest trophy in sports.

“If the Knights get through Colorado, there’s going to be no slowing down,” said Nick Bogdanovich, Director of Trading for William Hill US. “It’ll be one-way action against whoever they play from here in on. For [Stanley Cup] futures, we’re a small loser with the Knights and everyone else we’re good. But when factoring in the game-to-game liability, the Knights winning it would easily be the [best-case scenario for many bettors].”

The Avalanche are the Game 5 favorites at home with a -145 moneyline price, while the Golden Knights are at +125 to pick up the first road victory of the series. The total currently sits at 5.5, with the under at -120 and the over at even-money odds.

“Once the game starts, I expect a pretty-good sized decision and that we’ll need Colorado,” Bogdanovich said. “They’re getting +125 with the Knights, I’m assuming that’ll add up pretty fast. Obviously this Game 5 is the most important game in this series, but I don’t know if it’ll translate into the biggest handle this series. Games 3 and 4 were in Vegas and they fell on a Friday and Sunday, so a lot more people were in town then.”

Bettors have also been wagering on the Golden Knights’ reverse puckline at -1.5, which would be a +310 payout if Vegas wins by two goals or more. For further context, there have been more tickets and dollars bet on Golden Knights -1.5 in Nevada as of now than both sides of the total combined. That includes one bettor who staked $2,200 on Golden Knights -1.5 (+310) for a total potential payout of $9,020.

Check out William Hill’s latest odds and trends below for tonight’s games in the Stanley Cup Playoffs.