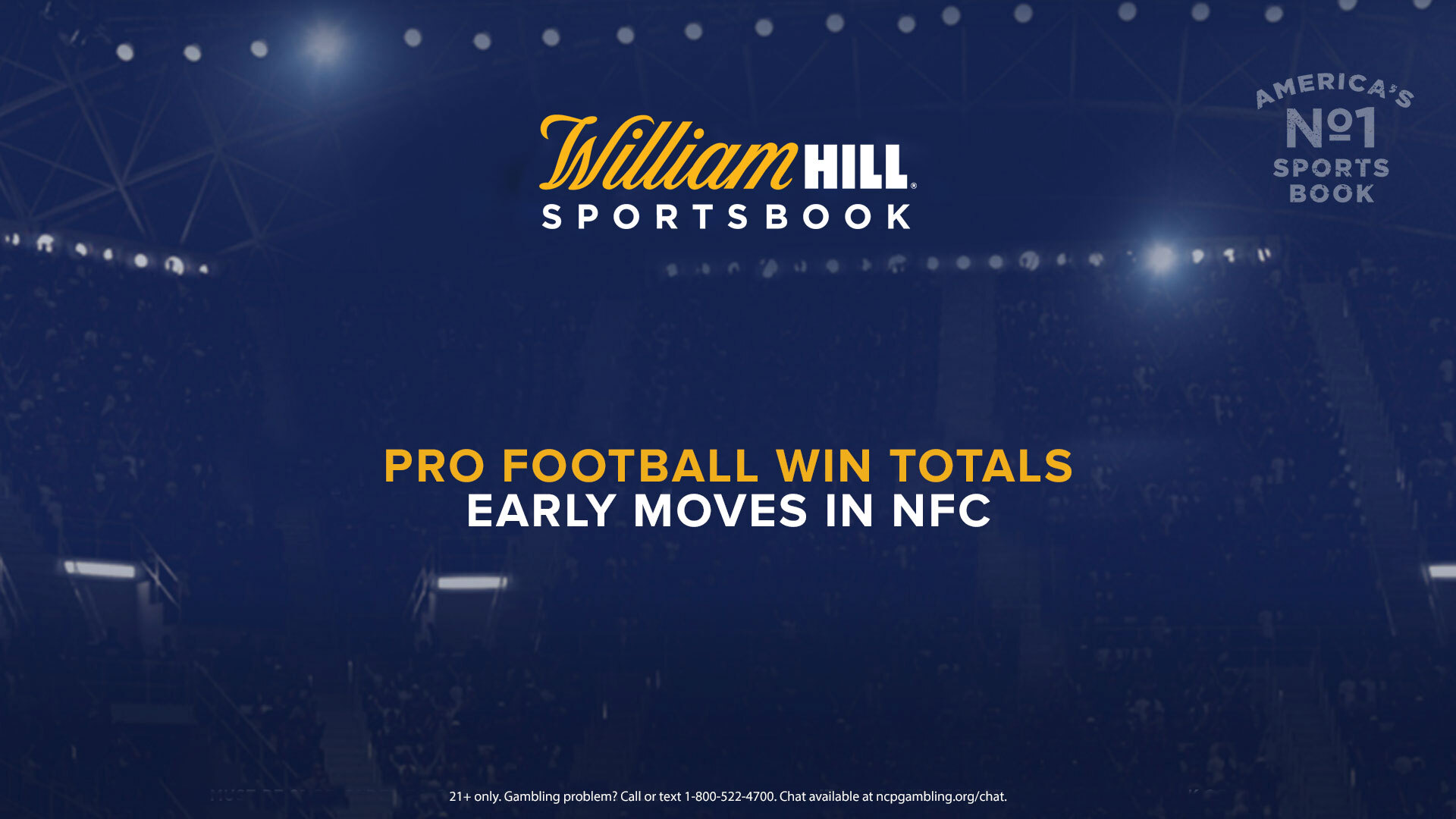 William Hill put up 2021-22 NFL win totals last week, and some teams have already seen noticeable shifts to their odds.

After taking a look at the early movements for AFC yesterday, we switch gears to the NFC.

“Seattle’s in a really tough division with San Francisco, Arizona and the Rams,” said Nick Bogdanovich, Director of Trading for William Hill US. “But Seattle, all they do is win. Pete Carroll knows how to win, Russell Wilson knows how to win. They might get to 10 just out of sheer habit. Any close game, they win it seems. I can understand the move toward the under, but it wouldn’t surprise me if Seattle under bettors rip their tickets up.”

Besides the Buccaneers, two more NFC teams have experienced 30-cent shifts on their win total price. While the Cardinals have the lowest NFC West win total at 8, their over has gone from -140 to -170. The other is a different bird and a different direction, as Eagles under 7 has reached -155 from -125.

“With rumors of how bad the locker room is in Philly, it’s all just negative news that people are reacting to,” Bogdanovich said. “The money has been for the under, and I can see this number going down to 6.5. I think Dallas will be fine, and Washington and the Giants look to be improved. So it looks like the Eagles are clearly the weakest of the four, even though that wasn’t the case last season.”

Joining the Eagles and Seahawks for the biggest NFC win total under movement is the Bears. After Chicago under 7.5 was first listed at -125, it currently sits at -150.

Meanwhile, William Hill bettors are extremely bullish on a different NFC North team surpassing its win total. Vikings over 8.5 (opened -115, now -140) leads all NFL win total sides in both total number of tickets and total dollars wagered early on. That is highlighted by one Nevada bettor putting down $5,000 on Vikings over 8.5 (-130) for a total potential payout of $8,846.15, which is tied for the largest 2021-22 NFL win total wager taken thus far at William Hill.

Also in the NFC North resides the one NFC team with a win total lower than 7—compared to four such teams in the AFC. The Lions originally were tied for the NFL’s lowest win total with the Texans at 5 before Houston went down even further to 4.5. Now Detroit stands alone with the second-lowest win total in the league.

“I just don’t know what to make of Kirk Cousins,” Bogdanovich said. “I don’t think he can get the Vikings to where they need to go. They have really good skill guys though. But the Bears and the Lions look down, so that could be a reason for the early money on Vikings over. Obviously there was big talk of the Bears trying to get Russell Wilson or Deshaun Watson, and they end up with Andy Dalton. If that isn’t a gut punch, I don’t know what is.”