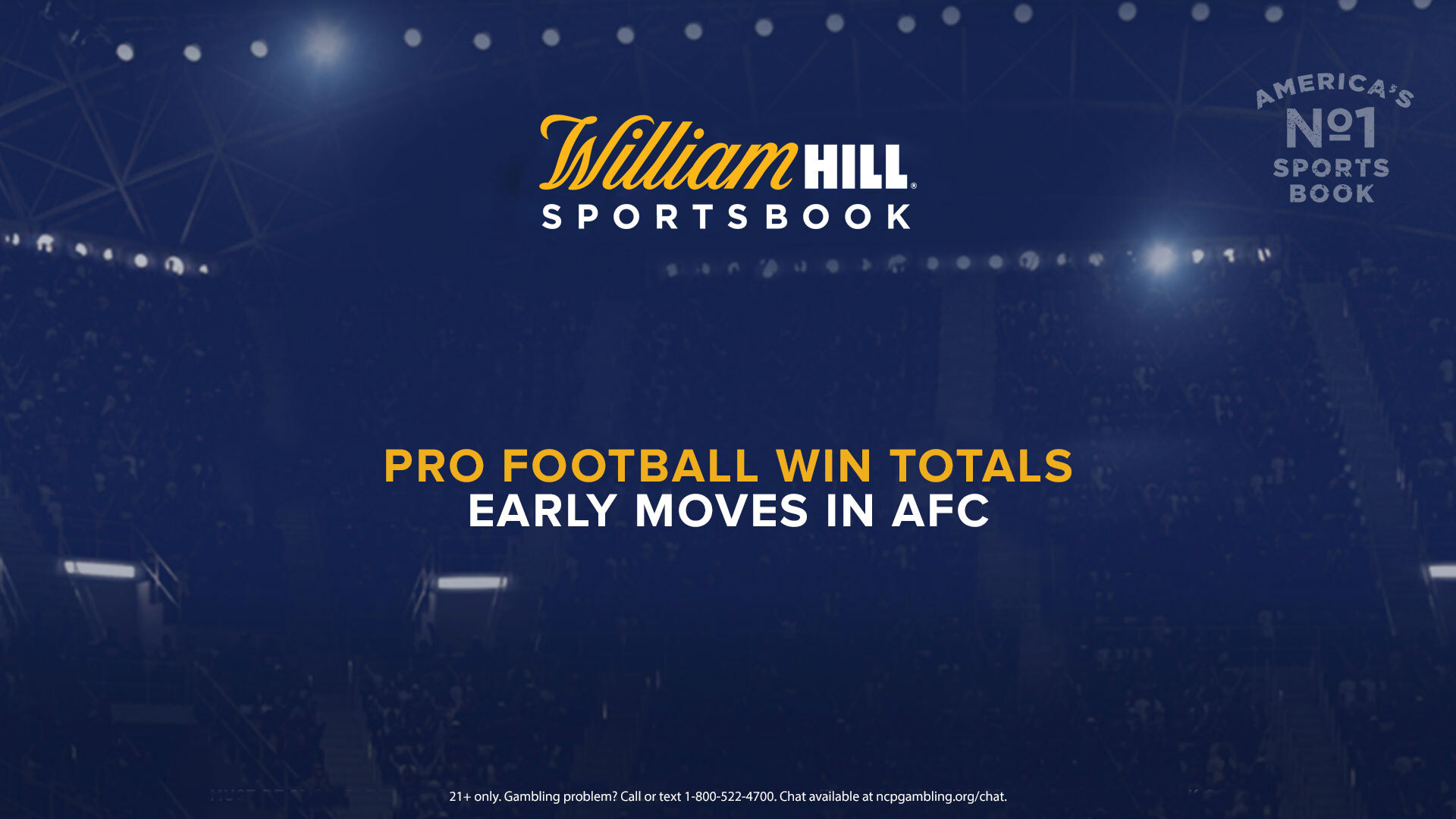 William Hill released its 2021-22 NFL win totals this past Friday, and there’s already been some interesting action on them over the past few days.

Today we’re specifically looking at AFC win totals, including the only NFL team so far whose win total has changed from its opening number.

“Even with the added 17th game, setting these win totals was business as usual,” said Nick Bogdanovich, Director of Trading for William Hill US. “We basically go through each game and come up with a number anyway, so it doesn’t really matter if it was 12 or 20 games or any other number. You know which teams are popular and which aren’t, so you might shade a little, and then you throw it up and let it go.”

“Early move is on the Chiefs over,” Bogdanovich said. “People love to bet the good teams’ overs, usually the sharps come in on the under when the public drives it up enough. [Patrick] Mahomes is talking revenge and he’s clearly got a chip on his shoulder.”

“Obviously all the money is on the under there,” Bogdanovich said. “I prefer having halves to wholes just because halves there are no pushes, so you either win or lose. When at all possible, I try to put a half number so there’s a result one way or the other. I think Texans going to 4.5 is a better number than us moving under 5 past -160. The Texans are a complete dumpster fire, and there’s all the uncertainty surrounding Deshaun Watson. Texans under 4.5 for a 17-game season is way down there, NFL win totals haven’t gone much lower than 4.5 even for a 16-game season.”

Meanwhile, two other teams have seen noticeable shifts to the juice on their win totals. Patriots over 9 was first displayed at -125 compared to the under at +105. Now New England over 9 is a more sizable favorite at -145. William Hill bettors are also bullish early on regarding the Jaguars surpassing their win total. Jacksonville over 6 has swung from -120 to -140 whereas the under has moved to +120 from even-money odds.

“The biggest question to me with Jacksonville is [Trevor] Lawrence,” Bogdanovich said. “I have complete confidence in [head coach Urban] Meyer. I like some of their returning pieces. Even though they struggled mightily last season, they have more talent than you’d think. If they can get any kind of decent play from Lawrence, I think they’ll get to 6 no problem. Everyone thinks he’s one of the best college quarterbacks ever, but it’s still a huge step up. Their season pretty much rests on him.”