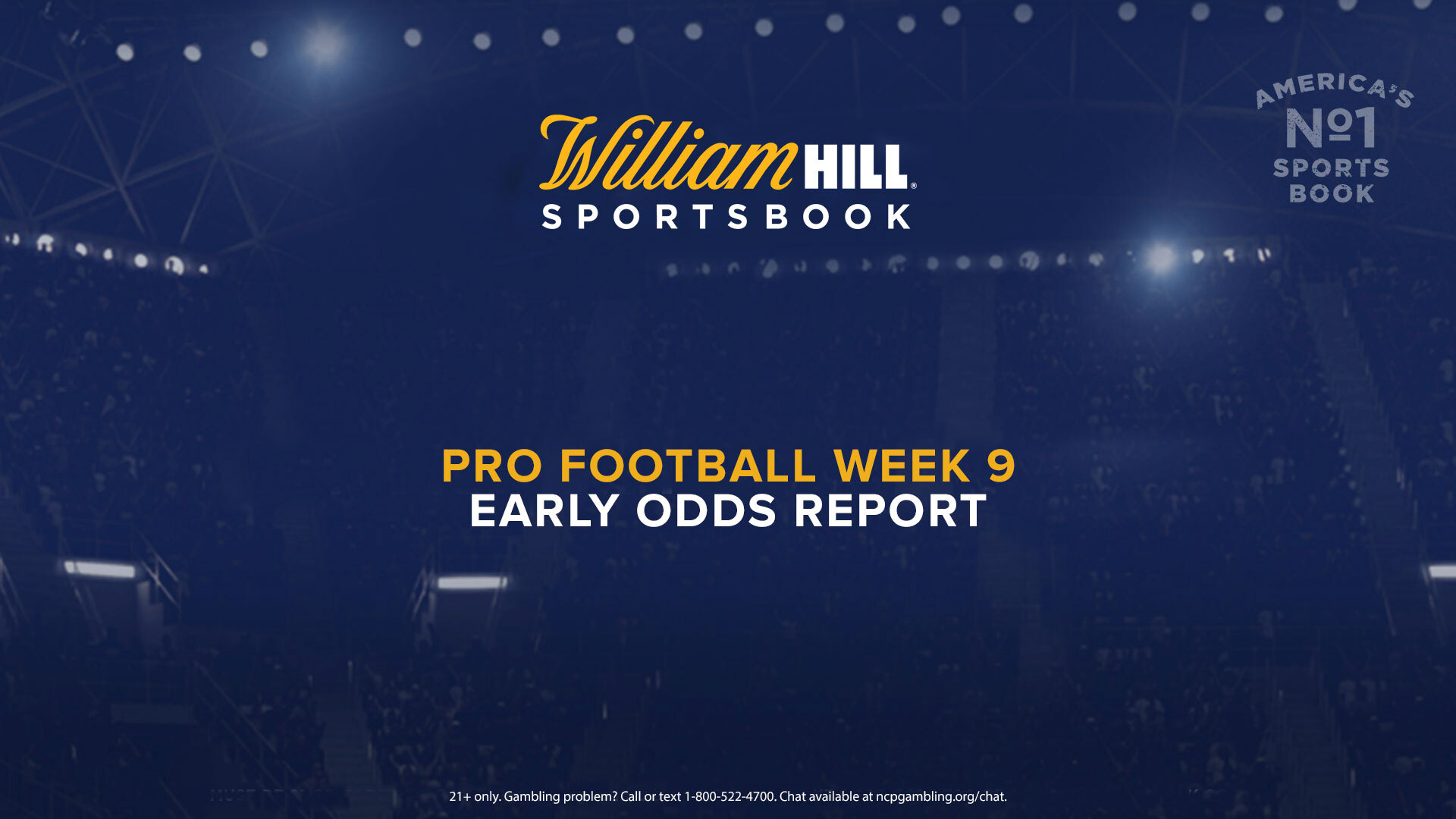 The second half of the NFL regular season commences this week.

William Hill has odds up for 13 Week 9 games, with Steelers vs. Cowboys off the board. This week’s schedule includes a 2020 NFC Championship rematch, an interconference showdown between two division leaders and a massive Sunday night matchup featuring two of the greatest quarterbacks ever.

On Thursday night, the Packers head to the Bay Area to take on the 49ers. San Francisco beat Green Bay by a combined 46 points in their two meetings last season, including a 37-20 victory in the NFC Championship. Yet, the 49ers have been decimated by injuries in this campaign, including losing starting quarterback Jimmy Garoppolo and star tight end George Kittle in this past weekend’s loss to the Seahawks.

The Packers opened as 2.5-point road favorites over the 49ers at William Hill, yet that line is now up to Green Bay -5. That shift of 2.5 points is the biggest move from any Week 9 opener thus far.

“I don’t think the difference between Garoppolo and [backup quarterback Nick] Mullens is that big of a deal,” said Nick Bogdanovich, Director of Trading for William Hill US. “San Francisco’s still a gritty team and Mullens will be fine. Whether they can tape the rest of the team together is another story. I think the line moving this much is an overreaction. But if the professionals think it should be that high, it’ll be that high.”

Two other spreads have moved by over a point from their original number, and both are toward the direction of the underdog: Panthers (+12.5 to +11) at Chiefs and Raiders (+3 to +1.5) at Chargers.

One of the biggest games this upcoming Sunday is between the 6-1 Seahawks and 6-2 Bills in Buffalo. Despite having to travel across the country and dealing with an early kickoff time, Seattle is currently a 3-point road favorite in this one. While the spread has stayed put at Seattle -3, this total has had the biggest shift of any Week 9 game, going from 51 to 54.

“This should be a high-scoring game, but it all depends on the weather in Buffalo,” said Bogdanovich. “If it’s super windy like it was last week, it’ll be a running affair. Buffalo finally ran the ball pretty well last week, both [Zack] Moss and [Devin] Singletary had good games. Seattle’s always been good on the road. They just know how to win in general. They play super close games seemingly every week except for last week, San Francisco just fell apart. This is definitely one of the best games of the week, if not the best.”

On Sunday night, the 6-2 Buccaneers and 5-2 Saints square off for the second time this season. The two division rivals will play in Tampa Bay this time around, as the Saints covered in Week 1 as 4-point home favorites in New Orleans with a 34-23 victory.

In this Week 9 affair, first place in the NFC South is on the line with Tom Brady and Drew Brees going at it once again. After opening at -4.5, the line has risen a point to Buccaneers -5.5 at William Hill.

“Obviously Saints got them to start the season, so Tampa’s got them on their mind,” said Bogdanovich. “They get Antonio Brown this week and [Chris] Godwin is back too. This should be a monster game, and it certainly will have a monster handle. We’ll end up needing the Saints in this one for sure.”

Check out William Hill’s latest odds for all available NFL Week 9 games below.