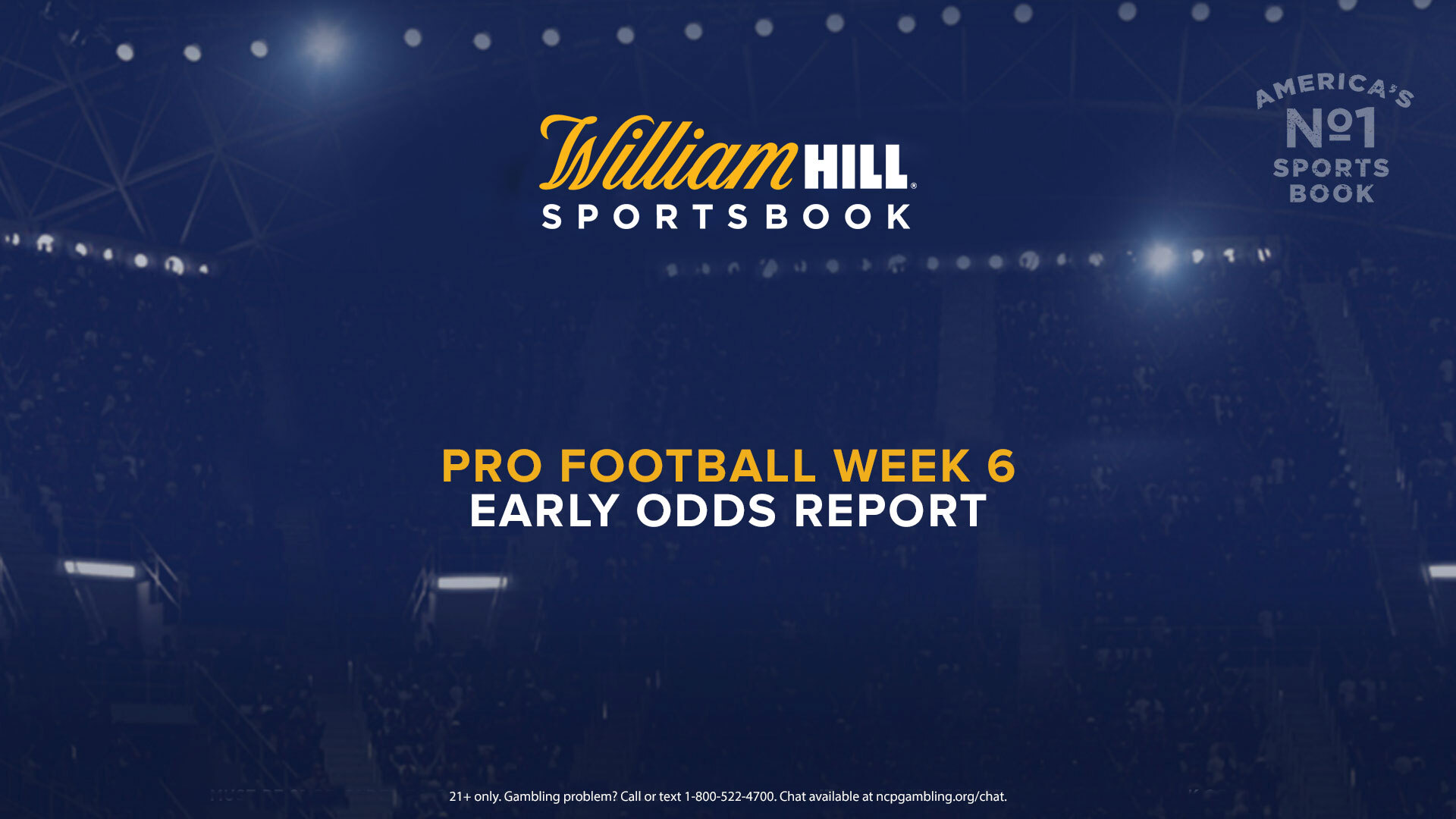 With no game on this Thursday, it’s a long wait for NFL Week 6 action. But it’ll be more than worth it, as this strong slate is highlighted by a duel between future Hall of Fame quarterbacks.

William Hill has odds up for all 14 Week 6 games, and 10 of them have a spread of under four points. Interestingly enough, six of those games with tight spreads are NFC vs. NFC affairs.

“I think the NFC is as wide-open as ever,” said Nick Bogdanovich, Director of Trading for William Hill US. “The AFC definitely has the better teams, while the NFC has got a lot more parity. I’m glad about the NFC teams being so close to one another, the lower the lines, the better.”

A few NFC lines stand out, starting with Aaron Rodgers squaring up against Tom Brady in Tampa Bay. After a week off, the 4-0 Packers are currently 1.5-point road favorites over the Buccaneers, who are coming off a Thursday night loss last week to the Bears.

“This one’s interesting, I could actually see the favorite flip sometime during the week,” Bogdanovich said. “Tampa’s a pretty solid team. But one thing I have learned over the past 5-10 years is the sharps love betting a team coming off a bye. They’ve got it rated so high in what they think is worth the most in betting NFL.”

The Packers vs. Buccaneers total has had early notable movement, as it has risen 2.5 points from its 51.5 opener to its current number of 54. Only two other totals have shifted by more than a point since William Hill first released its Week 6 odds: Falcons vs. Vikings (56.5 to 55) and Rams vs. 49ers (50 to 51.5).

Another noteworthy NFC game is the Cardinals traveling to play the Cowboys on Monday night. This will be Andy Dalton’s first start for Dallas after Dak Prescott’s season-ending injury this past weekend. The Cowboys are currently 2.5-point home underdogs against the Cardinals, while the total sits at 54.5.

“Dalton’s been a solid NFL quarterback throughout his career,” Bogdanovich said. “Now he’s been given the keys to a Rolls-Royce. The Cowboys have a ton of weapons, so offensively he’s in a much better situation than his final years in Cincinnati. Now the defense never stops anyone and there’s a lot of pressure to score. But the drop-off between Dalton and Dak isn’t very big to me, a couple points I think just because of how high I am on Dalton.”

Yet, it’s a different NFC East team that has drawn the largest NFL Week 6 bet as of now at William Hill.

Check out William Hill’s current odds for every NFL Week 6 game below.