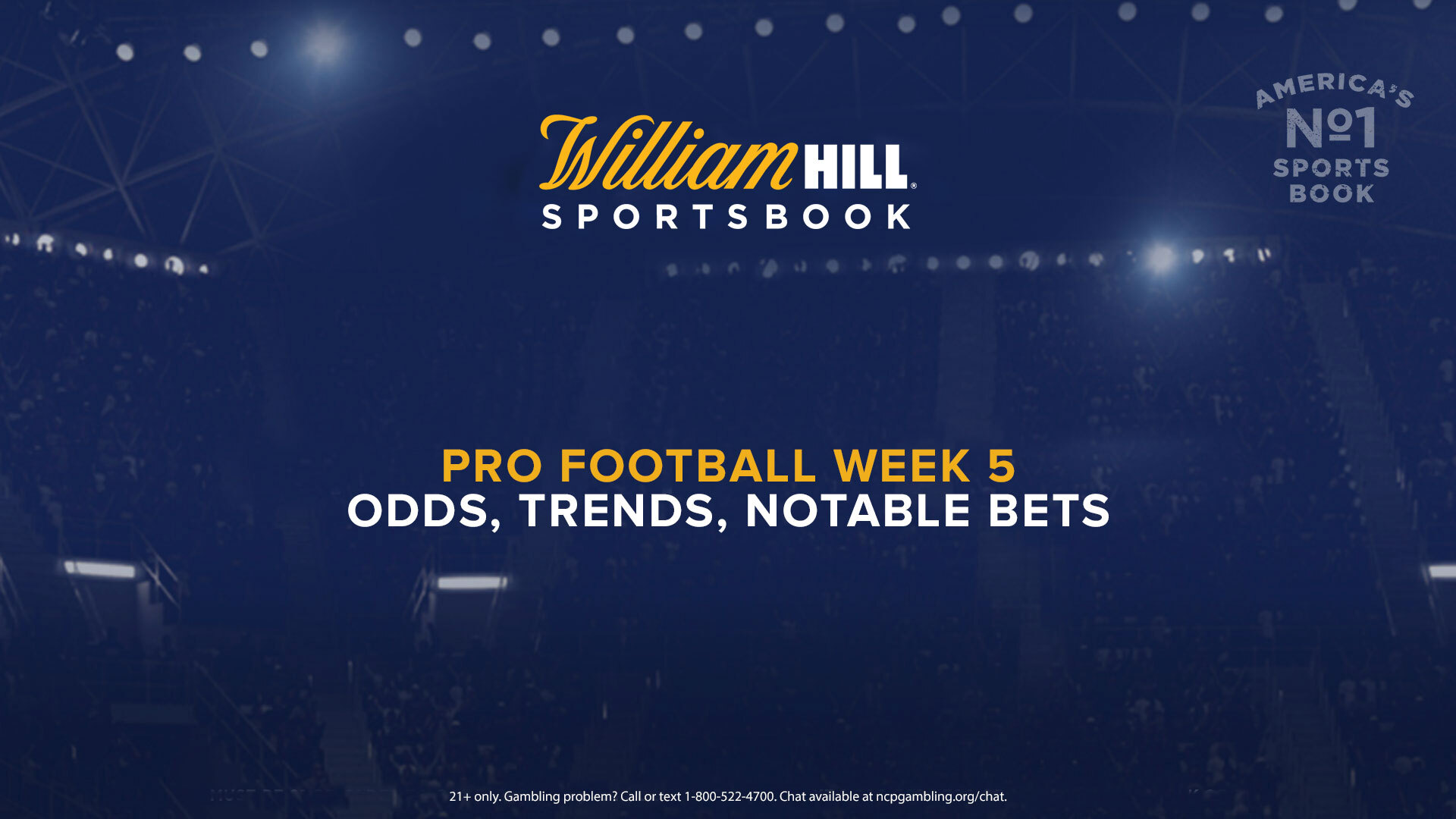 NFL Week 5 started with an upset on Thursday night, as the Bears beat the Buccaneers 20-19 after closing as 3.5-point home underdogs and +175 on the moneyline.

“If the Bears last night wasn’t the biggest victory for us this season, it was close,” said Nick Bogdanovich, Director of Trading for William Hill US. “It was really good for the house, with Bears moneyline being the biggest key. Obviously the total going under never hurts either.”

William Hill currently has 11 other Week 5 games on the board, with eight of those spreads at seven points or higher. With so many big favorites this weekend, are there any that stand out to William Hill bettors?

Only one team’s spread has drawn at least 80% of both the total number of tickets and total dollars wagered: the Rams. Los Angeles actually opened as a 9-point road favorite in Washington, however the Rams have dropped to -7 (-120). Despite the line movement going against them, the Rams have generated 82% of the total number of tickets and 83% of the total dollars wagered.

The tightest NFL Week 5 spread has also had some noticeable line movement throughout the past few days.

After opening at pick’em against the Browns, the Colts quickly got bet up to 2.5-point road favorites. That number has dropped, though, as Indy is now -1.

“There’s no question the sharps are on the Browns, that’s why the line has come back down,” Bogdanovich said. “But I don’t think that game will end up being a big decision, there’s plenty of Colts money every week. So I’m not worried about that game.”

One other spread that has dropped below a field goal is Panthers vs. Falcons. Atlanta opened as a 3.5-point favorite, yet that spread now sits at Falcons -1.5. The Falcons have captured 52% of the total number of tickets, yet the total dollars wagered is a 50-50 split.

“I think we’ll end up needing Atlanta pretty good,” Bogdanovich said. “It’s one of those rare NFL popular dogs. Carolina is coming off a nice game, and [Teddy] Bridgewater looks pretty good. Atlanta’s just in a freefall, between the injuries and the 0-4 start, they just look like a disaster.”