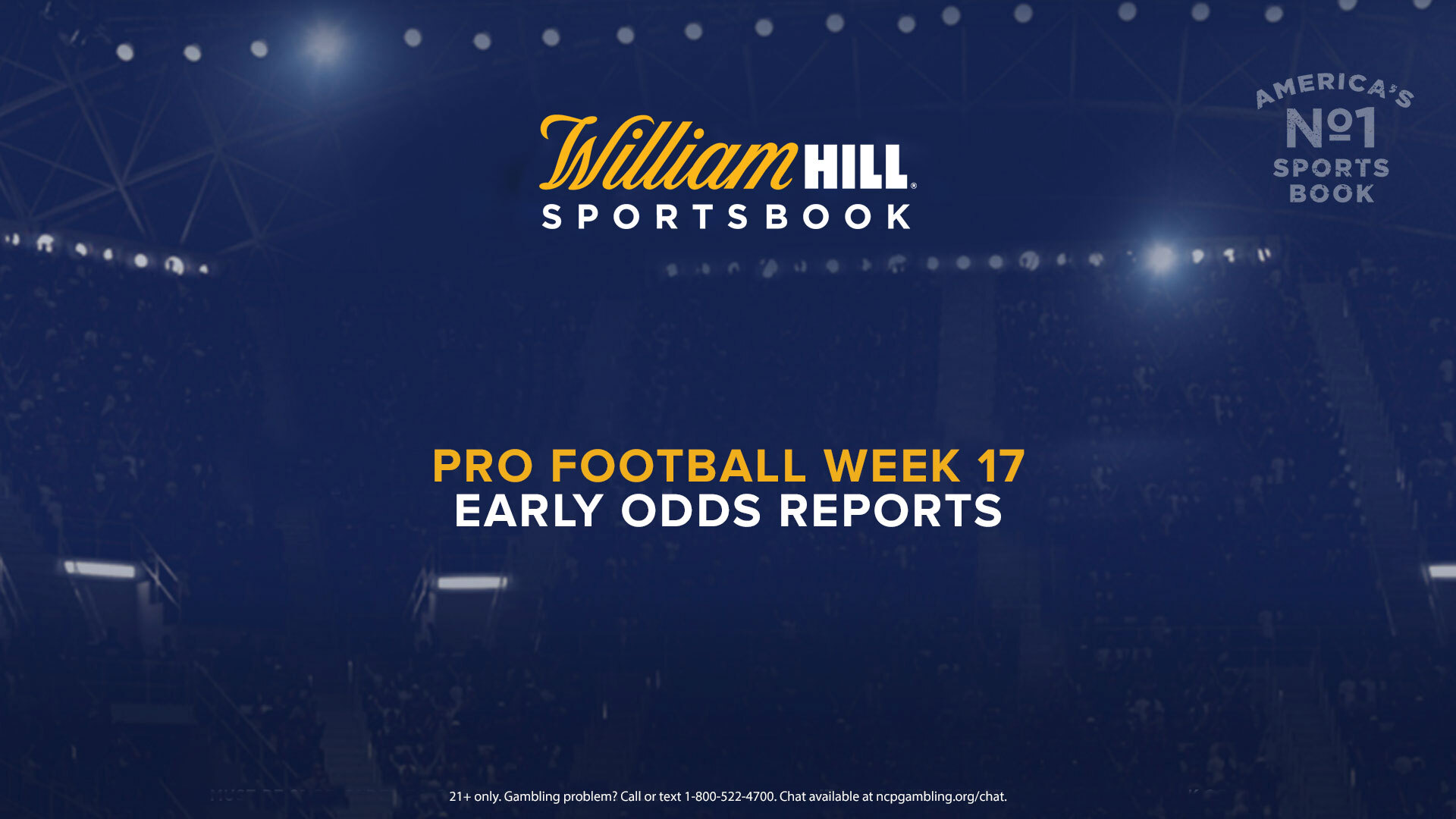 The NFL regular season concludes this weekend, as all 32 teams are in action on Sunday. William Hill has odds up for 15 of those contests (Cardinals at Rams is off the board). With some teams fighting to continue their seasons and others not having as much to play for, there is a fair amount of uncertainty heading into the games on Sunday.

“There’s all sorts of moves every Week 17, and they’ll be moving some more all throughout the week,” said Nick Bogdanovich, Director of Trading for William Hill US. “This week is a nightmare for a bookmaker.”

Six spreads have already shifted by at least 1.5 points, including the final game of the 2020 regular season. Washington is looking to clinch its first playoff appearance 2015 with a win over the eliminated Eagles on Sunday night in Philadelphia. Washington opened as a 1-point underdog, but has now become a 1.5-point road favorite.

In the other NFC East clash, the Cowboys and Giants both have a shot at advancing to the postseason. Both teams have to win their Week 17 head-to-head, and then hope Washington falls to the Eagles. The Cowboys were originally listed as a 2.5-point road favorite over the Giants, and this line has shifted half a point to Dallas -3.

“The Giants and the Cowboys, the winner of that is going to be praying that the Eagles are motivated,” Bogdanovich said. “It’s tough to play when you don’t have anything to play for, but it must mean something to ruin Washington’s season. The Washington-Philly line is going to come down to three things: the health of [Alex] Smith, [Antonio] Gibson and [Terry] McLaurin. The favorite has already flipped, and Washington will remain the favorite when it closes if all three of those guys are going.”

Packers at Bears is one of the more interesting Week 17 affairs, as the NFC North rivals each have a lot on the line. If the Bears win, they’re in the playoffs. If the Packers win, they’re the top seed in the NFC and get the conference’s only bye.

“The Bears’ schedule got favorable at the end, but you have to give them credit, they took care of that schedule,” Bogdanovich said. “It’s unfortunate for Chicago, they drew a team that also needs this game since for Green Bay that No. 1 seed is huge. So if the Bears win and get in, they’ll have earned it. As good as Green Bay has been, I still think that the public could be drawn to Bears moneyline too. I don’t think this game will be a big decision, should be two-way action.”

Check out William Hill’s latest odds for every available NFL Week 17 game below.