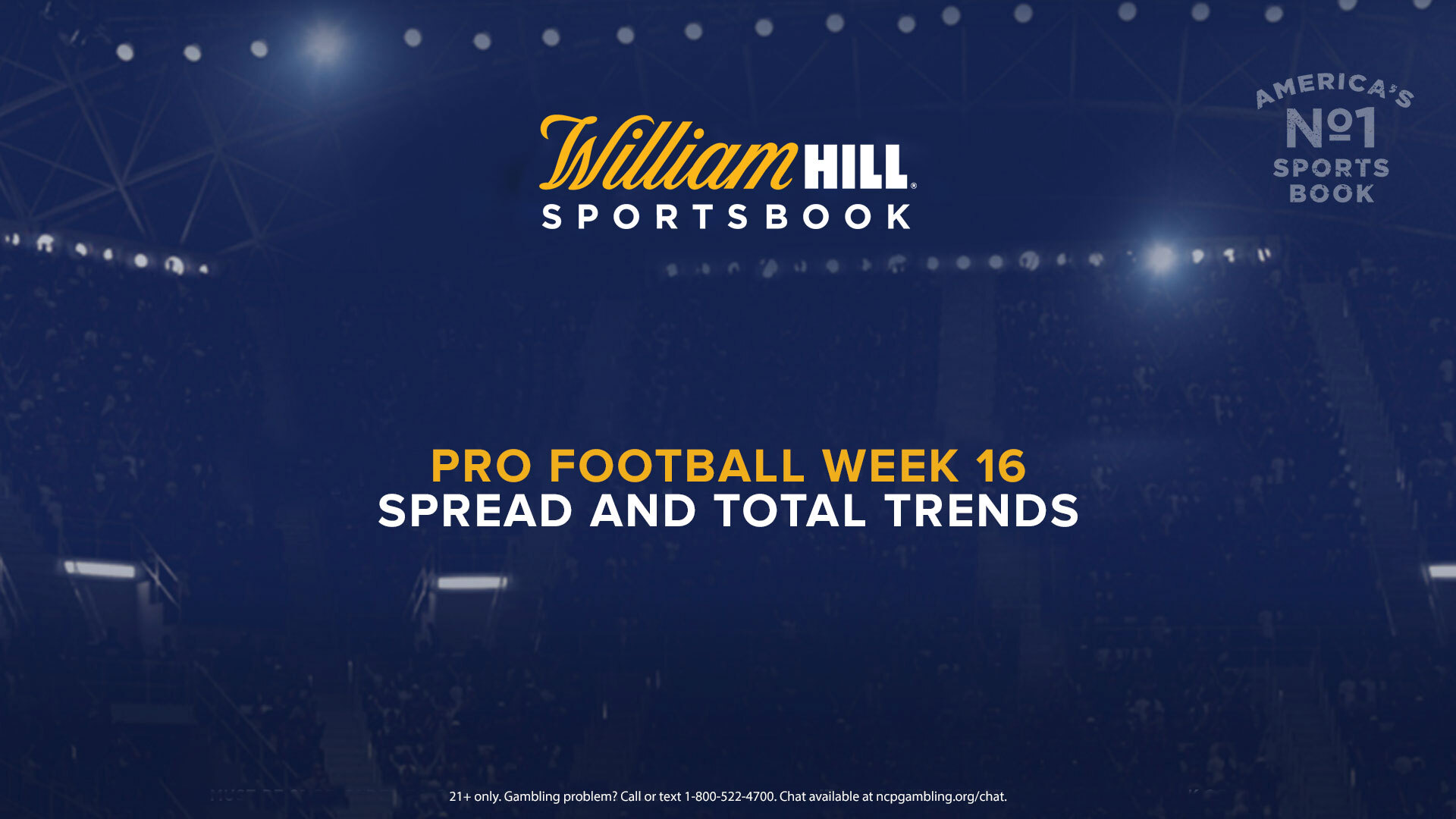 William Hill bettors are strongly aligned on many NFL Week 16 spreads, as 10 different sides are getting at least 80% of the total dollars wagered. One team is taking in over 90% of the total number of tickets and total dollars wagered on its spread, which is the first time that’s happened this late in the week since Giants -6 at Bengals in Week 12.

Seven of the 15 available Week 16 contests have a spread of a field goal or less. Two of those games feature the only underdogs to be getting the majority of the total number of tickets or total dollars wagered thus far at William Hill.

The Titans went from +4.5 to +3 at Lambeau Field on Sunday night, and Tennessee has the advantage in total number of tickets (55%) and total dollars wagered (63%) among all spread bets vs. the Packers. Additionally, the Rams have snatched 87% of the total dollars wagered in a huge NFC West tilt with the Seahawks, as Los Angeles has shifted from +3 to +1.5 in Seattle.

“I don’t understand that move,” said Nick Bogdanovich, Director of Trading for William Hill US. “These teams seem pretty even to me and the Rams losing Cam Akers is a pretty big blow. Seattle is always a tough out at home and [Russell] Wilson is still one of the best quarterbacks in the game.”

Outside of the Titans and Rams, William Hill bettors have been rather chalky with the rest of the slate. The most popular spread bet, though, is the Bills. Buffalo is a 7-point road favorite against the Patriots on Monday night, and the Bills are bringing in 93% of the total number of tickets and 94% of the total dollars wagered. That leads the way in each category as of now for all Week 16 spreads.

“New England’s eliminated, so they’re not going to have as much grind and will probably be a little looser with the playbook,” Bogdanovich said. “Their usual ferocity on defense I think might not be there. The Bills are red-hot and they’re getting all the money so far.”

Moving onto Week 16 totals, unders had prevailed in the majority of games from Weeks 10-14 but overs bounced back in Week 15 with a 10-6 record. With just two weeks remaining in the NFL regular season, overs and unders are deadlocked with a 110-110-4 mark.

Two overs have stood out thus far for their early popularity, as each has captured at least 80% in both categories. The overs for Falcons at Chiefs (54) and Bears at Jaguars (47) have reeled in 83% of the total number of tickets apiece, which leads the entire Week 16 slate. Additionally, the over for Falcons at Chiefs has seized 93% of the total dollars wagered while Bears at Jaguars is close behind at 89%.

Both of those totals have risen by half a point from their opening number, with Falcons at Chiefs going from 53.5 to 54 and Bears at Jaguars increasing from 46.5 to 47. Yet, the biggest total shift of any Week 16 by far belongs to an intraconference showdown. After first being posted at 44.5, the total for Browns at Jets now resides at 47.5. That is the only NFL Week 16 total at William Hill to move by multiple points from what it opened at.

While overs are getting plenty of love in Week 16, a few unders have also caught the attention of William Hill bettors. One under this week, Panthers at Washington (44.5), has obtained the majority of the total number of tickets (59%) and total dollars wagered (52%). Two unders have drawn at least 90% of the total dollars wagered: Broncos at Chargers (48.5) at 96% and Bengals at Texans (46) at 93%.

Check out William Hill’s latest odds and trends for every available NFL Week 16 spread and total below.