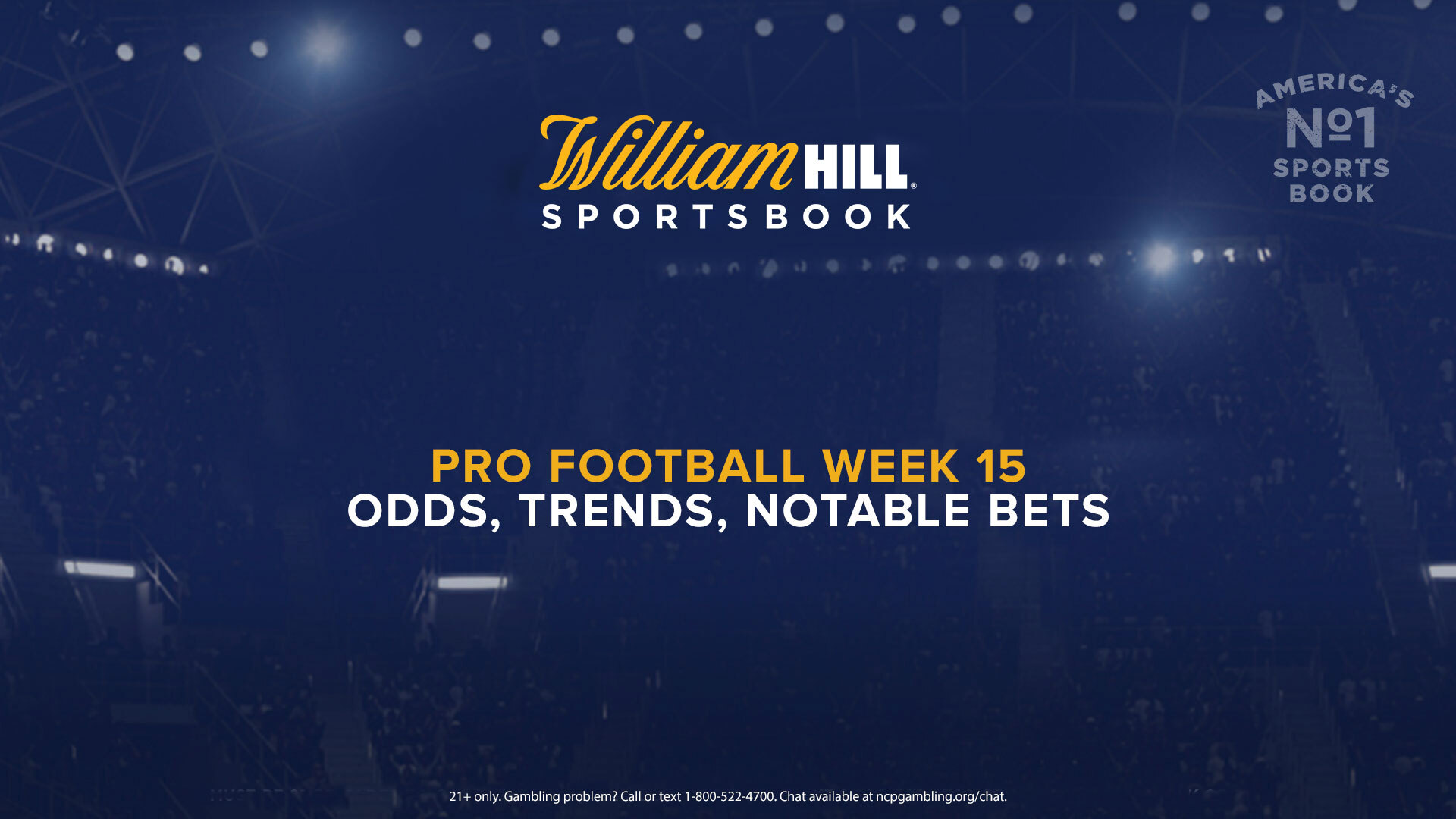 There appears to be a lot of agreement among William Hill bettors for the Week 15 slate of the NFL season. Seven teams are getting at least 80% of the total number of tickets for all spread bets in their respective games, while four are reeling in at least 90% of the total dollars wagered.

The team leading the way this week in total number of tickets is also playing in the biggest game on this slate. The Chiefs are 3-point road favorites against the Saints after opening at -3.5 and reaching as high as -4. William Hill bettors are heavily backing the defending Super Bowl champions at a low number, as Kansas City is grabbing 88% of the total number of tickets.

“Even with [Drew] Brees back, I don’t think this line will go below 3,” said Nick Bogdanovich, Director of Trading for William Hill US. “I don’t know how much of a difference there is between Brees and [Taysom] Hill. It seems like all this news is doing is that it’s allowing the masses to get the Chiefs at a cheaper number. There’s just so much money on the Chiefs, both for straight bets and parlays.”

“I’m not surprised the Browns are up to 6,” Bogdanovich said. “[Daniel] Jones looks like he’s iffy at best and the Giants best cornerback [James] Bradberry is out too. Those factors have driven the line up throughout the week. We’ll definitely need the Giants come Sunday night.”

A couple of underdogs, though, have also been drawing noteworthy action. The largest Week 15 spread bet taken at William Hill thus far is on the biggest underdog. No team has a higher moneyline price this week than the Jaguars at +650 on the road against the Ravens, and Jacksonville is tied for getting the most points at 13 with the Bengals (+13 vs. Steelers). Yet, one Nevada bettor placed $30,000 on Jaguars +14 (-120) for a total potential payout of $55,000.

“Philly could be the public underdog this week just because of the unknown of [Jalen] Hurts,” Bogdanovich said. “Is he the next great thing or did he have a lucky game? We’ll see. Philly’s always been a popular team to begin with, maybe they’ve got some new life in the betting market because of Hurts.”

Check out William Hill’s latest odds and trends for every available NFL Week 15 spread below.