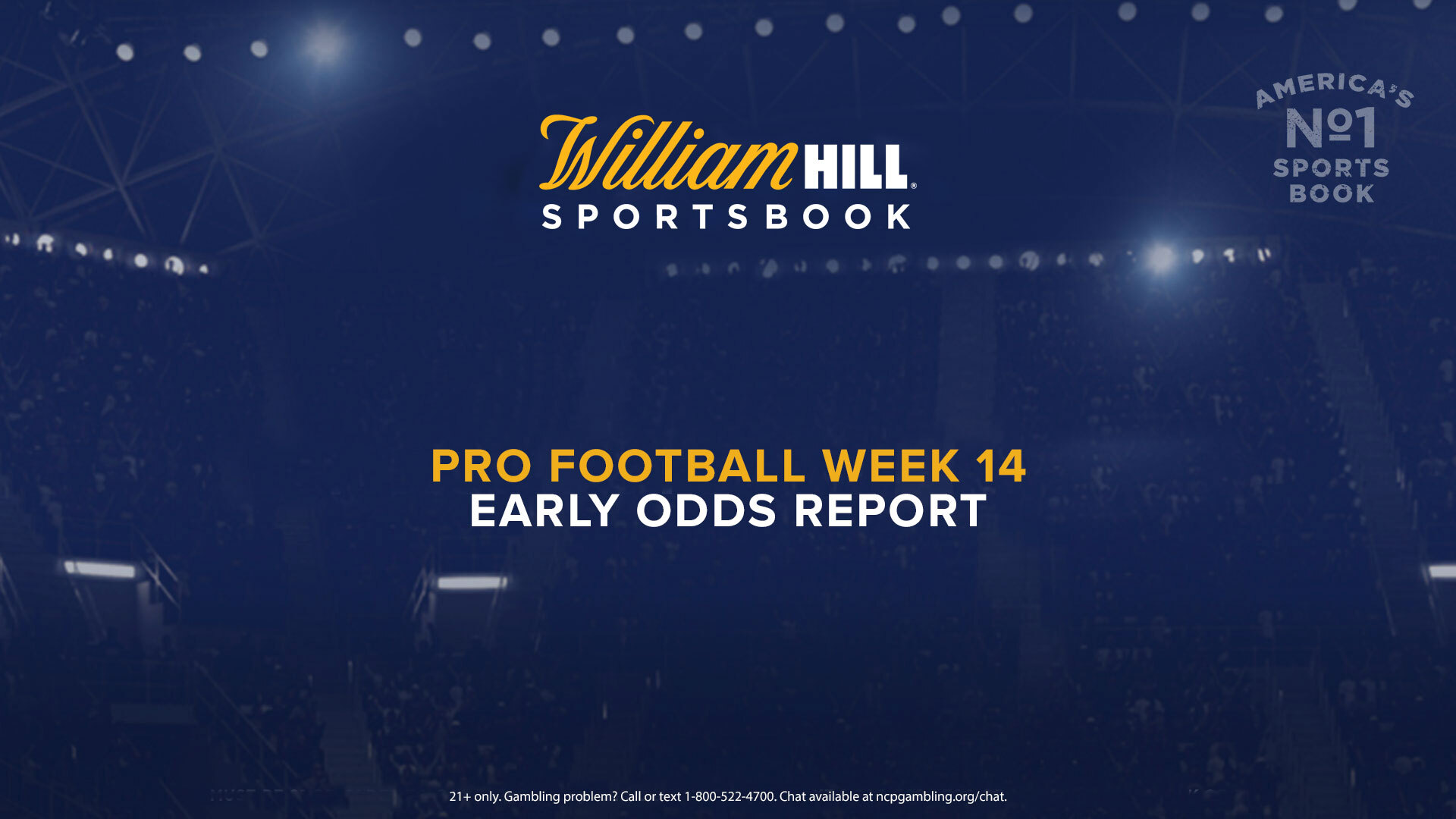 We’re in the final quarter of the NFL regular season, as just four weeks remain. William Hill has odds up for 15 NFL Week 14 games (Broncos vs. Panthers is off the board), and there’s a lot more road chalk than usual for this upcoming slate.

Out of the 15 games currently up, 10 of them have spreads in which the road team is favored. That includes three games in which a team with a winning record is a home underdog.

“It’s just the way the schedule shakes out,” said Nick Bogdanovich, Director of Trading for William Hill US. “Having no fans also helps. It definitely feels rare to see this many road favorites in a single week. I’m not too worried about the lower lines, but obviously every teaser and parlay will be on Green Bay, Tennessee, Kansas City or New Orleans. The four lines at seven or higher are the problem, we’ll need one of those home dogs to win outright.”

There are two contests this week in which an 11-1 squad is facing a playoff contender in the AFC East. One of them is Chiefs at Dolphins, where Kansas City opened as a 7.5-point road favorite at William Hill, though that line has already dropped to Chiefs -7.

“Huge test for Miami, huge step up in class,” said Bogdanovich. “Tua [Tagovailoa] is going to have to play much better, they’re going to have to score some points to stay in it. Miami’s won their games with defense and special teams in the majority of his starts, and they’ll have to do more on offense this week. Straight bets, that’ll be even. But moneyline parlays and the teasers on Kansas City will be the problem.”

In the other marquee AFC matchup in Week 14, the Steelers originally were listed as 2.5-point road favorites over the Bills. After Pittsburgh dropped its first game of the season to Washington and Buffalo handled the 49ers in Arizona, the line flipped and now the Bills are -2.5. The 5-point swing is the biggest one thus far for any NFL Week 14 game.

“I think they’re reacting to the way [Bills QB Josh] Allen looked on Monday, he looked so good,” said Bogdanovich. “Pittsburgh’s beat up a little, but they should get [James] Conner back. They have to run the ball better, Ben [Roethlisberger] is a little gimpy. I think this move is a big overreaction, I think it may come back the other way at some point. I don’t think it’ll be a big decision for us one way or the other though.”

The biggest road favorite in an NFC matchup this week is the Saints, who have moved from -6.5 to -7 against the Eagles. Philadelphia is giving second-round rookie quarterback Jalen Hurts his first career start, as he’s replacing Carson Wentz under center.

“If the Eagles had a healthy offensive line, I’d say Wentz to Hurts is a definite downgrade,” said Bogdanovich. “But they don’t have a healthy line and Wentz is running for his life. Jalen can run a little better, so I don’t think it’s a downgrade at this point. We’ll be buried on New Orleans teasers and moneyline parlays. The Saints are gunning for the No. 1 seed and they haven’t lost since September. The other team is in complete disarray. I wouldn’t be surprised if this line goes up, and I think this game will be our biggest decision this week.”

Maybe the most interesting road favorite this week is the Cardinals at -2 over the Giants. The 5-7 Giants have won four straight games, including pulling off the biggest upset of the season as 11-point road underdogs after a 17-12 win over the Seahawks this past Sunday. Meanwhile, Arizona has lost four of its past five contests and has to make the dreaded cross-country trip for an early Sunday kickoff.

“We’re basically on a holding pattern for this game,” Bogdanovich said. “If [Giants QB Daniel] Jones plays, I think the Giants will become the favorite and close as the favorite. I wouldn’t want Arizona in this spot in a million years. The Giants defense is hot, the team is hot, they’re fired up. Arizona’s leaking oil like crazy right now.”

Check out William Hill’s latest odds for every available NFL Week 14 game below.