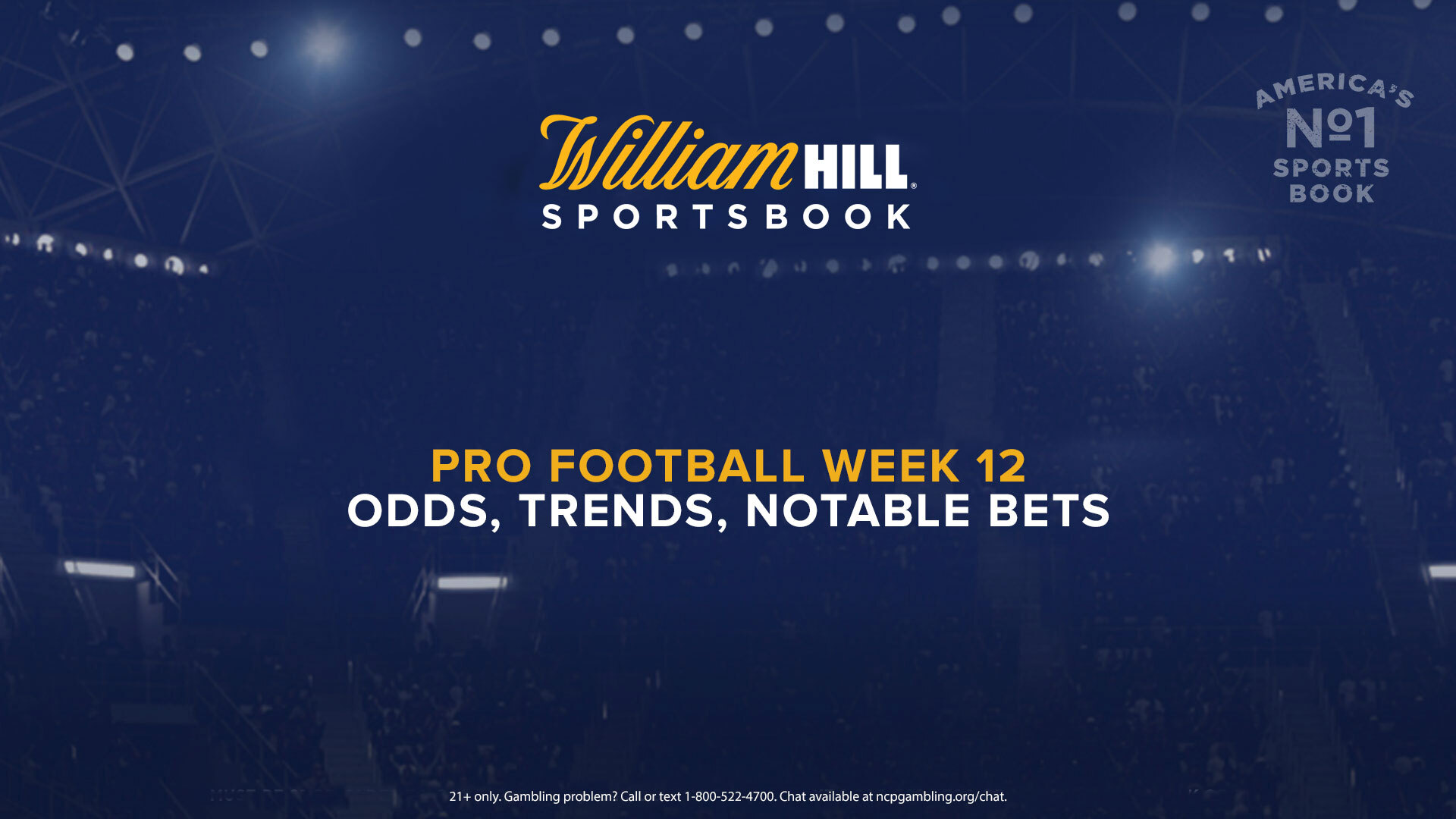 There are a lot of tight matchups for Week 12 of the NFL season, as only one of the 15 games currently up at William Hill (Ravens vs. Steelers is off the board) has a spread of over a touchdown.

“Looking at this week’s card, there’s so many short lines,” said Nick Bogdanovich, Director of Trading at William Hill US. “A bookmaker can’t ask for more than that. There’s not a lot of big teaser games: Miami’s at 7 [at the Jets], Cleveland’s at 7 [at the Jaguars], Rams are at 7 [vs. the 49ers]. Packers are the biggest favorite this week at 8.5 [vs. the Bears], and since that’s the late game, they’ll probably tie everything into Green Bay.”

But which teams have been the most popular early on regarding who William Hill bettors are backing against the spread?

In each of the Thanksgiving games tomorrow, the majority of William Hill bettors are serving themselves some chalk. The Texans and Cowboys are 3-point favorites against the Lions and Washington respectively, and the two Lone Star State squads are attracting the early betting attention.

Houston is reeling in 74% of the total number of tickets and 83% of the total dollars wagered, highlighted by one Michigan bettor placing $30,000 on Texans -3 (EVEN) for a total potential payout of $60,000. That is the largest NFL Week 12 wager thus far at William Hill.

Meanwhile, Dallas is drawing 72% of the total number of tickets and 85% of the total dollars wagered in their NFC East rivalry showdown with Washington.

“I think this game is priced right,” Bogdanovich said. “This game means a lot now, winner is going to be in decent shape for the playoffs. Washington just beat up Dallas a few weeks ago and knocked out [Andy] Dalton, so it’ll definitely be personal for him. It’s a huge rivalry to begin with, Washington-Cowboys has always been a hated rivalry. They’ve played a lot of Thanksgiving battles before. I think this one is going to be very chippy and physical.”

Yet, there are a few other favorites that have brought in even more lopsided percentages so far this week.

The Giants are 6-point road favorites against the Bengals, and New York leads the way in both total number of tickets (93%) and total dollars wagered (98%) among all Week 12 games. While the Giants are the only team to reach at least 90% in both categories, the Seahawks (-5) are capturing 92% of the total number of tickets at the Eagles and the Chiefs (-3.5) are generating 92% of the total dollars wagered at the Buccaneers.

Check out William Hill’s latest odds and trends for every available NFL Week 12 game below.