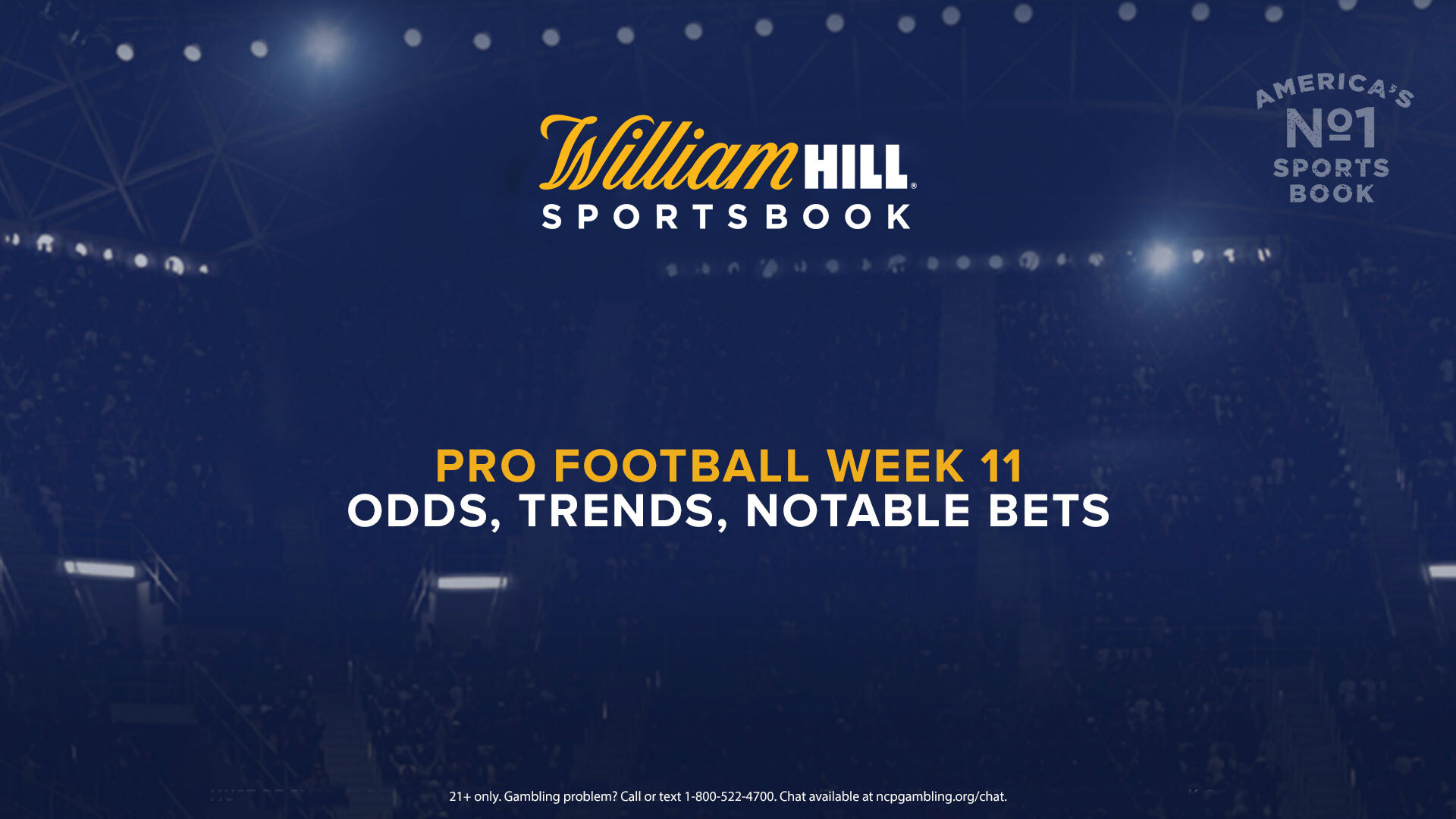 Of the 12 available NFL Week 11 games up at William Hill (Lions vs. Panthers is off the board), nine of them have spreads of a touchdown or less. That includes three public underdogs and one of the most lopsided spread bets in terms of total dollars wagered this entire season.

One of the more interesting Week 11 storylines on Sunday is how the Saints will look without Drew Brees under center. New Orleans opted to give Taysom Hill the start at quarterback over Jameis Winston. The Saints opened at William Hill as 5.5-point home favorites over the Falcons, but now they’re -3.5 against their NFC South rival coming off a bye.

“I don’t think there’s any difference between [Hill and Winston] regarding the point spread,” said Nick Bogdanovich, Director of Trading at William Hill. “Hill is tough to prepare for, it’s something different and he can make impact plays. I think this line coming down this much isn’t a reaction to the news of who the starting quarterback is, I think there was sharp money on Atlanta because it’s good spot for Atlanta period. Did it go from 4 to 3.5 because it’s Hill instead of Jameis? Maybe. But I think the line would’ve went there anyway.”

The Falcons are generating 62% of the total number of tickets and 82% of the total dollars wagered among all spread bets vs. the Saints. Atlanta is not the only underdog getting the majority in both categories this week, as the Titans (+5.5 at Ravens) and Packers (+1.5 at Colts) also fall into that same group.

“We’ve got more money on the Packers, more parlays on the Packers,” Bogdanovich said. “So we need to be on the lower end for this line compared to the market. Green Bay is the biggest public dog this week.”

The most popular Week 11 side, though, is on a short road favorite. The red-hot Dolphins, who have won and covered in five straight games, are 3.5-point road favorites over the Broncos after opening at -2.5. And it may not stop at -3.5 given the amount of action on Miami so far.

“I’d say this game is going to be our biggest decision this week, I don’t see any other way around it,” Bogdanovich said. “I think that line is going to go up even more, it should close at a minimum of Dolphins -4.”

Check out William Hill’s latest odds and trends for every available NFL Week 11 game below.