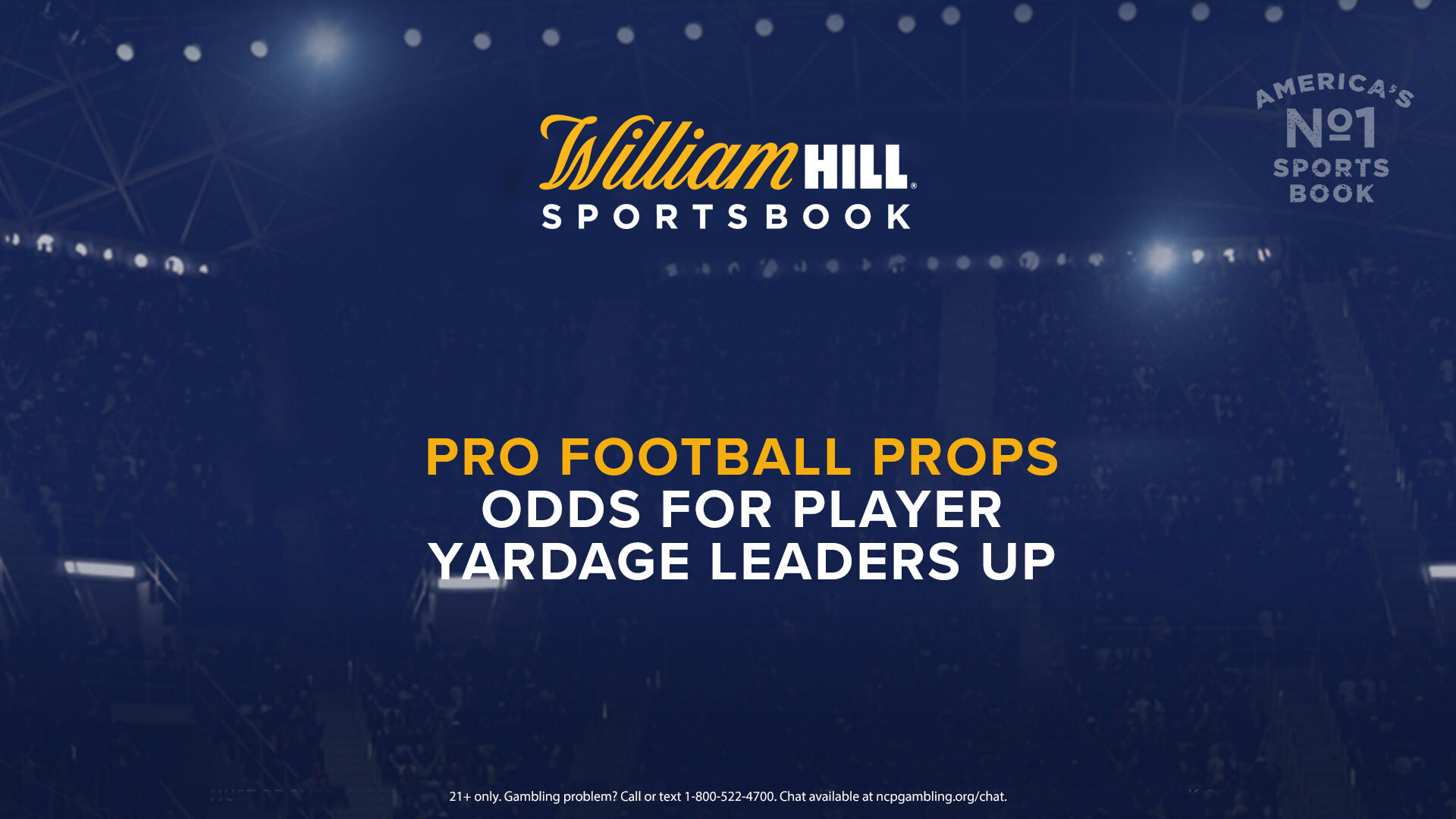 Which NFL stars are primed to dominate on the gridiron this season? Now you can bet on several player props at William Hill, including which players will lead the league in certain statistical categories.

William Hill recently released its first batch of player props for the upcoming NFL campaign, including markets for passing, rushing and receiving yardage leaders. Last year, Deshaun Watson (20/1 preseason), Derrick Henry (6/1) and Stefon Diggs (50/1) ended up atop the leaderboard in their respective categories.

“Bottom line is, the winners in these markets are going to play all 17 games,” said Nick Bogdanovich, Director of Trading for William Hill US. “It’s just all accumulation. So you have to get lucky in picking guys that produce and stay healthy. The rushing and receiving leaders are so wide open, I’d be looking at some long shots for each of those.”

Patrick Mahomes is the +500 favorite to lead the league in passing, with Josh Allen, Dak Prescott and Aaron Rodgers all tied for the second-lowest odds at 8/1. Prescott actually opened at 10/1 along with Matthew Stafford, however he got bumped down after a Nevada bettor put $500 on Prescott 10/1 for a total potential payout of $5,500.

Joe Burrow is next at 12/1, while veteran signal-callers Tom Brady, Matt Ryan and Ben Roethlisberger are all at 15/1. Then youngsters Kyler Murray and Justin Herbert are at 18/1, with Baker Mayfield and Russell Wilson close by at 20/1.

Henry has led the NFL in rushing in each of the past two seasons, and he is the +350 favorite to make it three in a row. No tailback has finished first in rushing yardage for three consecutive years since Emmitt Smith in 1991-93.

Dalvin Cook finished second in rushing yardage last season, and he’s second on these odds at +600. Saquon Barkley (+800), Christian McCaffrey (10/1) and Nick Chubb (10/1) round out the top five.

Yet, a noteworthy bet came in on Colts workhorse Jonathan Taylor, as another Nevada bettor put $500 on Taylor 30/1 for a total potential payout of $15,500. Taylor is now at 25/1 along with Josh Jacobs, Najee Harris and Chris Carson.

For receiving yardage leader there are seven co-favorites: Diggs, DK Metcalf, Tyreek Hill, Mike Evans, Michael Thomas, Davante Adams and DeAndre Hopkins are all at 12/1. Other notable names near the top of the board are Calvin Ridley (15/1), Odell Beckham Jr. (20/1), Chris Godwin (30/1), Julio Jones (30/1) and Justin Jefferson (35/1).