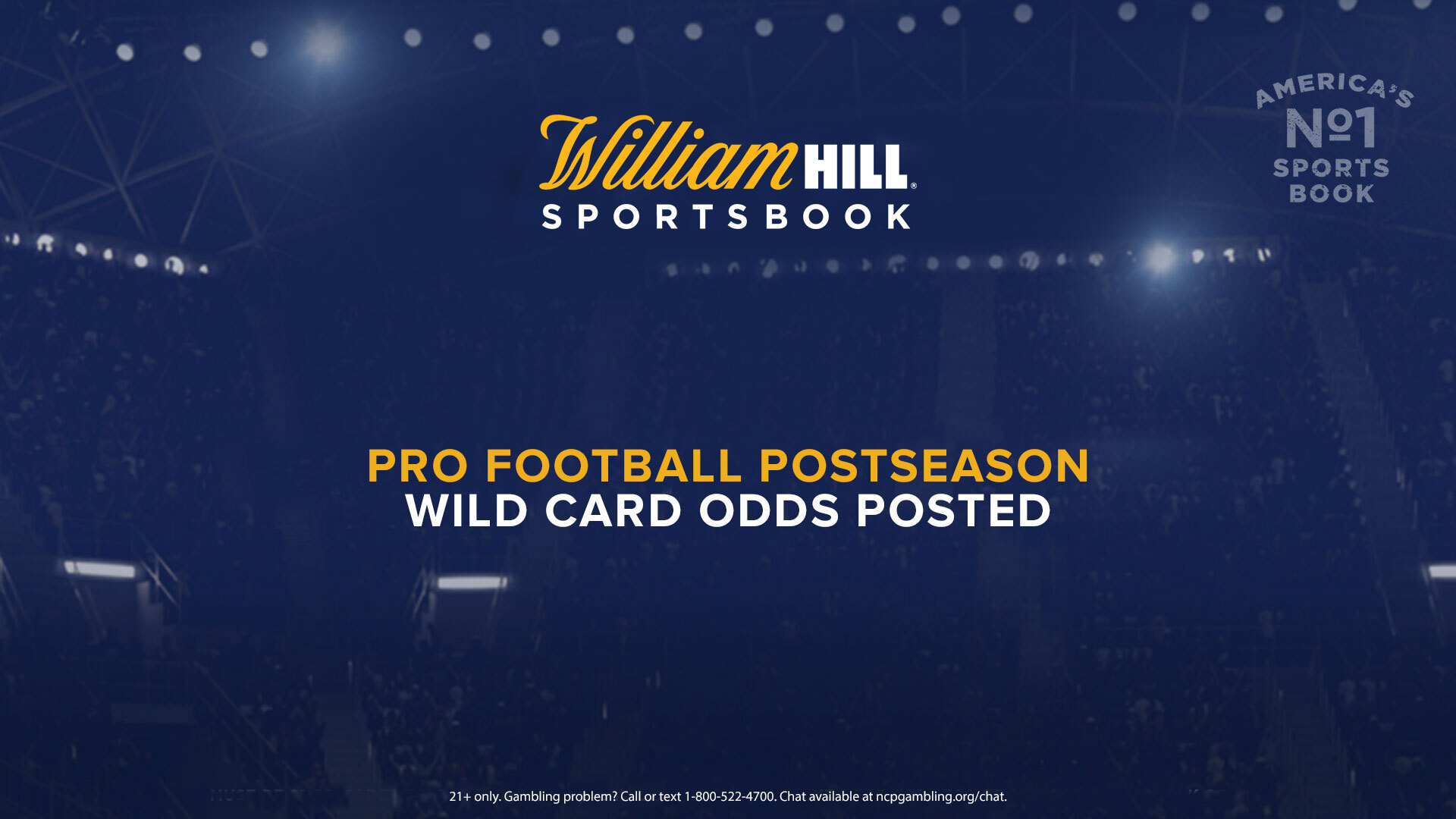 The playoff field is set, and the biggest Wild Card weekend in NFL history is on tap for this weekend. There are three games each on Saturday and Sunday, and William Hill has the odds up for all six opening-round matchups.

The postseason kicks off with the Colts heading to Buffalo to face the Bills. The Bills are 7-point favorites at William Hill, and this affair is one of two this round to have a total in the 50s at 52. Buffalo also has the third-lowest Super Bowl odds at +550, only trailing the Chiefs at +150 and the Packers at +500.

“There will probably be sharp action on the Colts, Indy’s a very solid team and now you’re getting a touchdown in a playoff game,” said Nick Bogdanovich, Director of Trading for William Hill US. “But the masses will be all over the Bills. I think this line will end up going down to 6.5 though. I’d also say the Bills will be the third choice for teaser legs this week, with the Bucs and Saints being by far the biggest teaser combo.”

Then two NFC clashes fill up the rest of Saturday’s slate, with the Rams at Seahawks and Buccaneers at Washington. The Seahawks are 4.5-point favorites over the Rams after the two NFC West rivals split their showdowns in the regular season—Los Angeles won 23-16 in Week 10 and Seattle emerged on top 20-9 in Week 16. Meanwhile, the Buccaneers are one of two road favorites this week, and Tampa Bay (-8) is also laying the second-most points of any team this weekend against Washington.

“This will very likely be our biggest decision this week,” Bogdanovich said. “We’ll be drowned on Tampa Bay money for sure. We opened 7.5 up to 8, it’s just going to keep going up. I think this could end up reaching double digits. Anytime you get a 7 or 8 or 9-point favorite or so in the playoffs, you know you’re getting all the action on that side regardless.”

Sunday’s action kicks off with a rematch between the Ravens and Titans. Tennessee pulled off a stunning upset over Baltimore in last year’s Divisional Round. This time around, the Ravens find themselves as 3.5-point road favorites. Ravens at Titans also has the highest total on the board, as it currently resides at 54.5.

“This will be a fantastic game,” Bogdanovich said. “These teams know each other well. I wouldn’t want to play the Ravens right now, they’re healthy, playing outstanding and Lamar [Jackson] is in a groove. Tennessee came off a war yesterday again, while Baltimore just cruised and their starters were out of there in the fourth quarter. I definitely understand why the Ravens are the favorite. I could see the Titans being a public dog though, I honestly could see it with the Rams and even the Browns too.”

The other two Sunday playoff games are Bears at Saints and Browns at Steelers. Cleveland and Pittsburgh are meeting for the third time this season, with the Browns just securing a 24-22 win over their divisional foe in Week 17 to secure their first playoff berth since 2003. The Steelers rested several key players, though, and with all of them back in the fold, Pittsburgh is a 4-point home favorite. In New Orleans, the Saints are 9.5-point chalk over the Bears, making them the biggest favorite as of now for this weekend’s slate.

“If [Alvin] Kamara isn’t back for this game, this line is going down,” Bogdanovich said. “But the Saints have just looked awfully impressive all year long. Look at yesterday, they turned Carolina over five times, that defense is really good. Not to mention their offense, their offense is trustworthy too. If the Saints played the Packers on a neutral field, I’d take the Saints.”